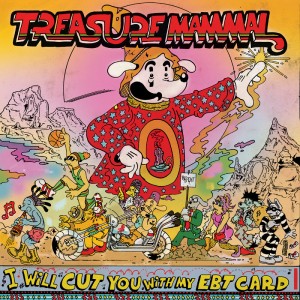 I Will Cut You with my EBT Card

It’s been a little more than two years since Treasure Mammal celebrated their ten anniversary with 10 Years of Treasure Mammal Cumming Full Circle Featuring D​.​R​.​U​.​M​.​B. Their much-anticipated follow-up dropped last month. I Will Cut You with my EBT Card features all of the chaotic fun and irony-tinged nostalgia that we’ve come to know and expect from the T.Mammal experience. The album, like its predecessors, touches on issues in contemporary pop culture that tend to get overlooked in other artistic endeavors like cell phone snooping, Craigslist personal ads, Ebay, and shake weights (of course). “Missed Connections” is a personal favorite from the new album but tracks like “Creepin'” and “That’s the Way I Roll” have been getting some extra air time down at YabYum HQ. The album features some exciting musical additions including Lonna Kelley (Cherie Cherie), Robin Vining (Sweetbleeders), Sean Bonnette (Andrew Jackson Jihad), and Wayne Coyne (Flaming Lips). I Will Cut You with my EBT Card  was recorded at 513 Recording in Tempe and pressed using  hand-poured rainbow-colored wax so each record is as unique the band itself. You can score your own vinyl copy here while supplies last. I also suggest heading to Valley Bar on Dec. 23rd to take in the live Treasure Mammal. 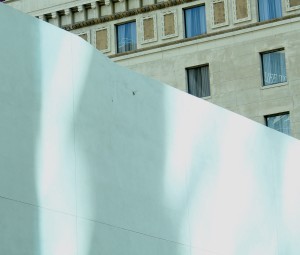 Draa has been making rounds on the Valley’s underground circuit for about a year now but it wasn’t until this new self-titled EP emerged that the band became readily accessible by YabYum standards – meaning they now have music available online. The four-track EP opens with “In Ecstasy” and I was immediately drawn to the droney/disinterested vocals. Draa has a fuzzed-out post-rock sound that comes through on that opening track. The song to follow, “Fever Dream”, has that heard-though-water sound that makes you feel like you are, in fact, trapped in the midst of a feverish dream; the kind that comes for you in an afternoon of illness and confuses your senses like a Murakami novel. “Losing My Charm” is the closest the band comes to indie without losing any of that dreamlike distance that gives the Draa EP its haunting charm. “Afterglow” closes out the EP and just might be my favorite song from the release. Give the new EP from Draa a listen here and make plans to head to their album release on Dec. 10th with Destruction Unit (who is also releasing an album that night) at The Rebel Lounge. More info on that event can be found here. 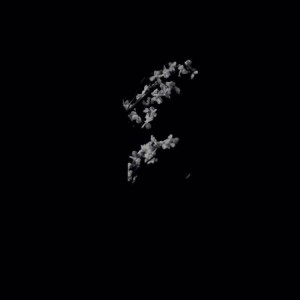 Flagstaff’s coffee pot started releasing music this past year and they’ve kept pretty busy during that time. Their debut EP, &, came out last Spring and the cassette sold out before we could get our grubby hands up on it. The new s/t release is also available on cassette so I suggest you move on ordering quickly before it’s gone. coffee pot opens with “wasted time”, an instrumental number (like most of the album) that offers distortion-heavy garage rock. The energy picks up a little for “see it coming” and adds in some elusive vocals, but coffee pot keeps things dark and dingy throughout both the track and the album. The addition of the saxophone adds an interesting element in an era of post-rock/nu-gaze bands with its tripped-out jazz interludes. I’m especially partial to some of the more dreampop-infused tracks like “sights/sounds” and “fever dreams”, but the first single, “carnivorous plant”, is in contention for my favorite. The s/t release is a bedroom recording that, for the most part, has a studio feel largely due to the intentionally lofi direction. Get your copy of coffee pot on cassette here where it is available for preview and purchase.