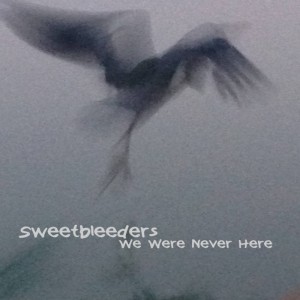 We Were Never Here

The Sweetbleeders have been making music in the Valley for more than 15 years and their November release of We Were Never Here prove they are as relevant as they ever were. This stunning fourteen track album ranks among my favorite to come out of Phoenix this year. The album opens with the instrumental “Albuterol I” which is actually part of a quadriptych which keeps popping up throughout the rest of the release. “Dumptruck” follows with that crisp, effervescent Sweetbleeders sound. “Albuterol II” picks up the melody and incorporates lyrics. The song will be revisited twice more (remember, it’s quadriptych?) before We Were Never Here reaches its conclusion. The four varied renderings all offer the listener something a little different so you can pick your favorite (mine is a toss up between II & IV). “Sleeping Beauty” is a personal favorite: sugary pop is mellowed out by extraordinary harmonies. But, if I’m being totally honest, my “favorite” has shifted several times through the repeated visitations We Were Never Here has received since its release. The title track encompasses a feeling that pervades the whole album, something somber and simultaneously whimsical, while “Back in Time (Remember the Night Waltz)” enchants me every time. We Were Never Here is the product of four years of hard work and was recorded at 513 Recording in Tempe by Mike Hissong with additional studio work from Catherine Vericolli and Dominic Armstrong. Give We Were Never Here a listen here and, while your at it, tune into Radio Phoenix on Wednesday night from 7-8PM to catch us live with Sweetbleeders. 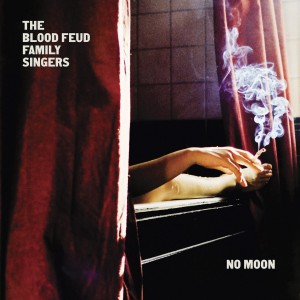 The gritty songwriting style of Daryl Scherrer meets punkgrass-infused Americana in The Blood Feud Family Singers. If that isn’t enough to sell you on this new Valley act, maybe we shouldn’t hang out. The band released their debut album at Last Exit Live last month. If you missed out, you still have a chance to get on the BFFS bandwagon. No Moon opens with “Following the Sun”, setting a lively pace for this brooding exposition on life and love. “Lonely Night”, the second track, moves toward the mellow and pensive before “French Wife” kicks the energy back up for a for a murderous, bar ballad. “Lay Me Down, Let Me Down” continues this thread of thoughtfully constructed songs with a nod to the literary, each track its own tale of woe and disappointment. This is an album to sink down into so prepare to spend some time with No Moon. “The Name of Love” could easily have been a bar stool story from some Sam Shepard play. “Sepia Song” is a desert track for the hard-hearted tinged with desert psychedelia while “Old” has more of an old-timey folk feel. “Let’s Go” is a personal favorite and reminds me of another Valley mainstay, The Haymarket Squares. No surprise considering Marc Oxborrow is heavily featured in both projects. Both Oxborrow and Scherrer seem to share an aesthetic similarity that can be heard on No Moon. And, just in case you haven’t figured out the pervading themes of the album, “Let Me Believe in Your Body” offers a nice summation. As the song states, “I don’t believe in love, I don’t believe in duty….What I believe in is the way we ache at beauty and in the pains we take to drag that beauty down”. Listen to (and purchase) No Moon from The Blood Feud Family Singers here. You might cry but you won’t be sorry. 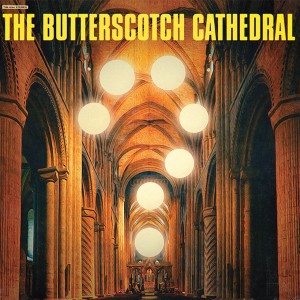 The Butterscotch Cathedral presents a stellar concept album in three tracks. This new project from Tucson’s Matt Rendon (Resonars, Lenguas Largas) plays homage to some of the great musical works of the 60s and 70s including bands like The Who and The Beach Boys (think Pet Sounds or Smile). Joining the ranks alongside Rendon (music) are the talents of Chris Ayers (words) and Jim Waters (sound). The first track (and side), “Side A”, clocks in at just over 18 minutes and offers listeners a dynamic history of psychedelia. The track moves from retro pop to dreamy seascapes and back again. “Side A” meanders through a changing field of sounds to create an experience similar to listening to a traditional LP comprised of many different tracks; the difference is the fluidity that unites all the varying parts into alliance. “Loud Heavy Sun”, the shortest track on the s/t debut, kicks off the second half of the record. Heavy drums and driving guitars meet psychedelic harmonies on the aptly-named “Loud Heavy Sun” before “Lisa’s Dream” sends the listener into sun-drenched soundscapes. Much like “Side A”, “Lisa’s Dream” extends for more than seventeen minutes of effervescent, experimental pop. The Butterscotch Cathedral is available on vinyl-only through Trouble In Mind Records here. If you act fast, you might be able to secure a limited-edition copy in butterscotch yellow.