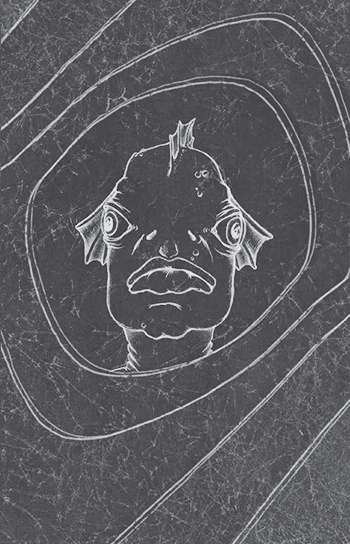 For a band that chose the name “Sonoran Chorus” over “Business Cats”, they are doing surprisingly well for themselves.

Born from the ashes of 2014’s best pun-based-band-name Leonardo DiCapricorn, Sonoran Chorus not only steps up the smarts in band naming, but in ridiculously good rocknroll as well and their new EP Lagoon Squad a testament to that statement.

Now I’ll be honest with you, I’ve been listening to this album for months. Heck, I thought another staffer had already reviewed this thing. So when I saw a Facebook event page for the Sonoran Chorus Release Show I paused and thought, “Did that album I’ve listened to a bunch of times ever come out?” That answer was “No”, I was simply enjoying an advanced copy of Lagoon Squad, I mean, like, a WAY advanced copy.

Bassist and vocalist Damon Dominguez says it’s all about timing, “we have been sitting on it a while,” he told me via email. “We wanted to take some time to play some shows so we could get people to care that we were having a release show, as opposed to having a release show as our, like, third show.”

And play some shows they did: at Valley Bar, the Rebel Lounge, the Return of Tempe Art A Gogh-Gogh, various houses and TUF (The Underground Foundation) shows, the Yucca Tap, ThirdSpace, and finally at FiftyOne West, where Lagoon Squad will be released upon the masses this Saturday, November 14.

They’ve been steadily building an energy and it’s easy to see why: their live shows are stellar, completely raw but still thoughtfully put together. Joe Allie (guitar/vox), Alex LeBlanc (guitar/vox), and Troy Penny (drums) join Damon in fulfilling a sound that you just want to hear.

“Our sound is a mixture of what we all want to personally sound like,” Damon informed me. “We are all really happy with the way we sound individually, and it works out that together it seems to mesh well. Our music tastes are pretty different from one another.”

The EP opens with “Mt. Fuji (Is A Volcano)” – a surf to punk to jazzy pop of a song that will have you belting the lyrics as soon as you learn them. Ending with a Latin-infused samba is a nice touch as well.

“Dogs in the House” is that lost track off some 90s mix-tape half buried in a closet shoe box. “I feel like everything is fine, you feel like I’ve crossed the line” Damon sings, lamenting the woes of a (seemingly) former relationship.

The first single released off Lagoon Squad was actually two songs, “Hack//Pike”, and like “We Will Rock You//We Are The Champions”. The two tracks must be played simultaneously from now unto infinity. The tripsy “Hack” will have you groovin’ with its shuffle beat and tambourine while Alex croons, “Looking down at your feet you mistake yourself for poetry but honestly you’re just cheap irony,” and then, just after the four minute mark, “Pike” launches in like the Kool-Aid Man, sending you in a fevered frenzy from its opening riff, kickass chorus (“Sittin’ in the shade of the old oak tree…”) and boiling finish.

“Lucy” tones things down in the best possible way with 50s doo-wap guitar and a change halfway through the song that post-rocks it up a little bit before resolving as it started.

In my opinion, Lagoon Squad saves the best for last with “Not Fixed”. A danceable bass line and rhythm mixed with suspenseful guitars equals success on this track. “Another night and I’m home alone, I got friends but I’d rather not pick up the phone,” Damon remarks rather unapologetically. The album closes with thoughts on what it means to be cool and how it doesn’t really matter, not with music anyway.

Recorded by the ever-astounding Jalipaz over at Audioconfusion and mastered by Carl Saff, Lagoon Squad is an EP I highly recommend checking out. Do one better and attend the wrestling-themed release show featuring Breakup Shoes, The Expos, and Playboy Manbaby at FiftyOne West on Saturday. Doors are at 7:30, show starts at 8:00. It’s all ages and costs 5 bucks to get in. The tape is being released by Rubber Brother Records.

And that, my friends, is quality entertainment. 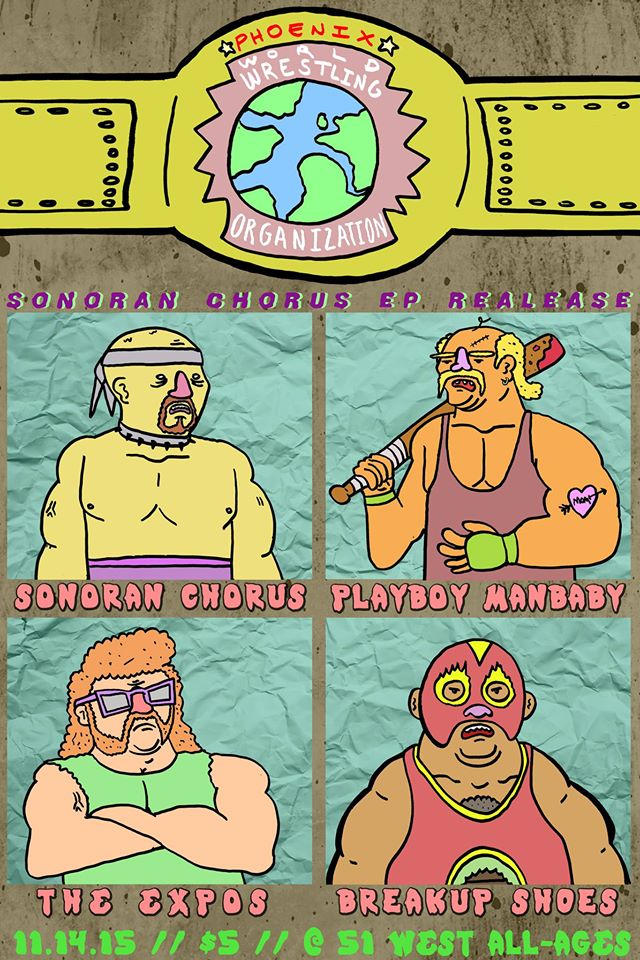