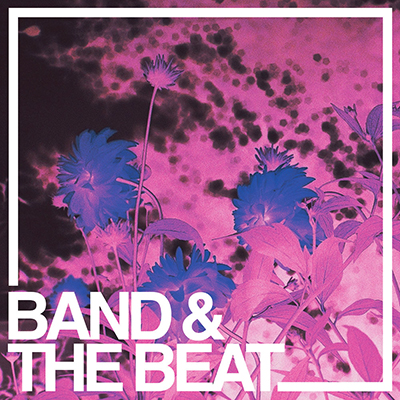 It’s what every successful musician/artist/business person does to keep pushing forward, forever reaching the next personal, artistic, or financial goal. In the case of James Tritten and Fort Lowell Records, well, let’s just say they’ve done it again.

James, husband of and lead guitar player for Tracy Shedd, now finds himself in a new project alongside his wife, Band & The Beat. They just put out their first release on October 24th, a Digital 45 (a first for Fort Lowell as well) for the song “21”, which comes with the virtual b-side “Buoy”. The lo-fi, bedroom dream-pop of Band & The Beat, created with analog synths, keys, and a drum machine, is a soothing lozenge for the ear drums, coating them with warm relief from noise irritants seemingly found everywhere these days. And yes, you read that correctly: no samples, no laptops, just genuine songwriting and hardware.

“21” is a pop song’s dream; a touch of reality mixed with nostalgia, candy-coated and wrapped to perfection. Clocking in 7:07, this palindrome in song length has Tracy telling us, “Let loose, let loose, let’s go have fun tonight. Do something new, something we’ve never done before. So get ready.” Her syrupy vocals atop a melodic, driving bass line and airy synths work incredibly well. Around four minutes in, the song takes a deep, down-tempo turn, driving you down a dark tunnel until the chorus vocals, now matching this new tempo, lead us back on to the main road safe and sound, albeit with new perspective.

B-side “Buoy” carries many of the same themes as “21”. Opening with, “We were never meant to settle down. Another trip, yeah another town,” Tracy continues, “Put another picture on your wall, but what you really want is to get away from it all.” Containing synthesizer worthy of Doogie Howser, M.D., “Buoy” transposes you to to a better place and time as you ride off into the sunset, simply awaiting your next adventure.

In the midst of running a record label and promoting a new band, James answered some questions I had about the new project.

YabYum: It actually makes sense to me that you two formed a band. Had you been talking about this for awhile and just made it happen? Or was it more spontaneous like, ‘yeah, we should be in a band…’

James Tritten: The formation of Band & The Beat was totally spontaneous; everything began in June of this year. Tracy and I were simply messing around in our studio, trying to make some new sounds. After a long frustrating day of unsuccessfully finding a good bass sound within a digital piano, we ended up owning a 1980’s Roland analog synthesizer; the first major step toward starting our synth-pop project.  Tracy Shedd was already scheduled to play the Cat’s Cradle in Carrobo, NC with Tristen when the analog axe ambushed our musical arsenal. Like any other good group of of musicians, we just had to make use of the new gear at the upcoming show. The fresh tones were well received, and Band & The Beat was immediately born.

YY: Is there a principal songwriter? Does one of you write the music and the other the lyrics or is it a combination of both?

JT: Tracy and I are both responsible for writing all of the music and the lyrics for Band & The Beat. The ideas come from all directions, from either one of us.  Songs may start from her, or me, but then are crafted in a very unique way, unlike anything we’ve done in the past, when we come together. However, the songwriting often starts on guitar (our familiar roots), but then the music is transposed to the synthesizers. There is still a very strong focus on the song itself, and not so much the instrumentation or origin; although the new choice of instruments is what defines Band & The Beat (literally): “a husband-wife dream pop duo, featuring synthesizers and a drum machine.” 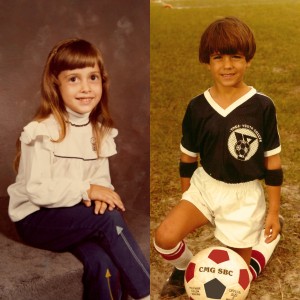 YY: Your sound is obviously a throwback style. Would you two be able to drop some knowledge on any over-looked/underground 70s/80s bands that helped to inspire the Band & The Beat sound? Or maybe there are newer references that I’m overlooking?

JT: Truthfully speaking, there was no intention of Band & The Beat having any throwback sound. If that is something people are picking up on, it would likely be because some of the gear we are using was made in the 1980s; however, most of the instruments we use are relatively new (from this decade). That being said, I would be lying if I didn’t admit that the beats are heavily influenced by artists such as Afrika Bambaataa, Egyptian Lover, and Eric B. (of Eric B. & Rakim). Sade has also been a big influence for us, but not specifically for Band & The Beat; Sade has been a major part of our lives altogether. Anything “shoegaze” is always a part of our DNA, new or old. Ultimately, watching kids dance to our music live during a show is the greatest influence for the Band & The Beat sound; the more they dance, the harder we are going to play, and more music we are going to make.

YY: Do you plan on releasing this physically/on vinyl at all?  Maybe your saving that for a later release…?

JT: Yes, Band & The Beat will eventually have a physical release, whether it be vinyl, compact disc, or cassette tape.  For our debut release – 21 [Digital 45] – we were just so excited to get the music out and make it available to the public, we did not want to wait, and opted for a digital release, which only had a 15-day processing time; nearly instantaneous.  The song “21” itself is not even one-month old; it was written, recorded, and released, all within the month of October 2015.

YY: Are there any tours in the works to help promote this new project?

JT: Band & The Beat just completed a debut tour; traveling between North Carolina, Tennessee, and Georgia.  Additional live performances are scheduled throughout the East Coast during the Winter and Spring of 2016.  Beyond that, our goal would be to tackle the full US, as well as overseas.  We are definitely talking about taking Band & The Beat out to the West Coast to see our family and friends in New Mexico, Arizona, and California.  Nothing is definite yet, but let’s say it is noted on the chalkboard.

YY: What’s the best thing about being in a band with your significant other? The worst?

JT: The connection between Tracy and me when we play music together is unlike any other, which is why we wanted to give ourselves our own dedicated musical project; something that is designed to be just the two of us, and only the two of us.  When we play music together, there is so much that is said between one another without a single word being muttered.  Touring is simply fantastic, because you are with your best friend, sharing the many amazing life experiences of being on the road, making new friends and seeing new places, and you are with the person that means the most in the world to you.  That’s living life.  There are no “worsts” about it.

I highly recommend checking out Band & The Beat below. For more info, check out their Tumblr.