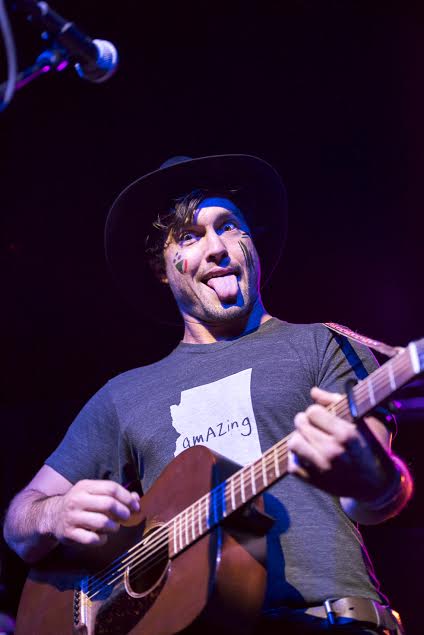 Jared & The Mill. All photos by Song River.

Song River: Hey Brannon, thank you so much for taking a few moments out of your busy schedule to speak with me.

Brannon Kleinlein: Well, thank you! Did you have a good time?

Heck, yes! I am already geared up for next year! Tell me Brannon, what year was this for the Apache Lake Music Festival?

This was our sixth year. The first one was in 2010, so this one we just had is the sixth one.

So, how does that feel to pass that five-year mark?

Really good because when we started all of this, we had no idea what was going to happen.

How did this idea to hold a music festival of local bands out in the middle of a desert start?

I have gone out to Apache Lake ever since the late ’90’s. One of my friends are a part of the family that owns and operates things out there, and over the years I forged a relationship with them. Then, as I started to get into the music business back in the early 2000’s, I remember mentioning to them at one point, the owners of the lake, that hey, this would be an amazing place for a music festival. They said, “Really? We’d totally let you do one!” I thought on it and kind of held onto the idea for a few years and after I sold the original Last Exit back in 2009, the one that was in Tempe, that freed up some time. And the rest is history. They let me do one and now here we are. I really didn’t have an visions that it was going to last this long, so it is a great, great thing.

It is all impressive as I am sure you know that for any business of any kind to continue on to be successful is a challenge. Yet, you have. Tell me Brannon, what was the average attendance to the festival?

With the bands and everybody included, it is usually right around a thousand people. 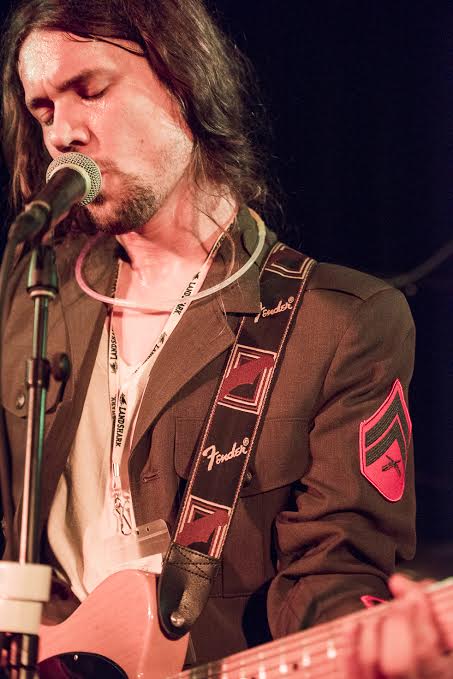 Having attended various festivals all over the world, yours felt like it had a good balance. You could breathe and have room to roam, and enjoy everything along with the fans.

Obviously we are hopeful it will grow, but we don’t have any aspirations for it to get to the problem of being cramped. I like the intimacy of it all. As things grow, the challenges come with it, and it affects pricing and such. Sure, we could have some national acts come in, but I like it being an Arizona based show, about Arizona musicians.

It was nice though to meet people who had come in from other states as well to hear the local sounds. Many had found the festival off of Bands In Town.

BK: I heard a couple of stories like that. Also, there have been Arizona people who have told their friends from out-of-state ought to come and they did. Exposing others to Arizona bands is great.

Running your business, Last Exit Live, as well ALMF, it would seem Brannon that local music means a great deal to you.

Oh, yes absolutely! I have been doing it since 2003 with the original Last Exit, and I have kind of seen the ups and downs with it and there is definitely a communal aspect to it with people trying to work together to grow the music scene here. Between the bands, promoters, seeing all the networking, I think Apache Lake is a perfect scene of all of us working together. All of us working together in one place. You may have twenty venues in town of all separate bands playing, but for two days everyone can come together.

How did you decide on 35 bands for two days?

I think by trial and error. I think the first festival was fourteen bands. We did it just as an outside stage only. The next year, we had bands on the inside and outside. One year, we booked 55-60 bands and went crazy- it was a lot to handle and a lot of bands. For the last few years, we feel 35 works really well. 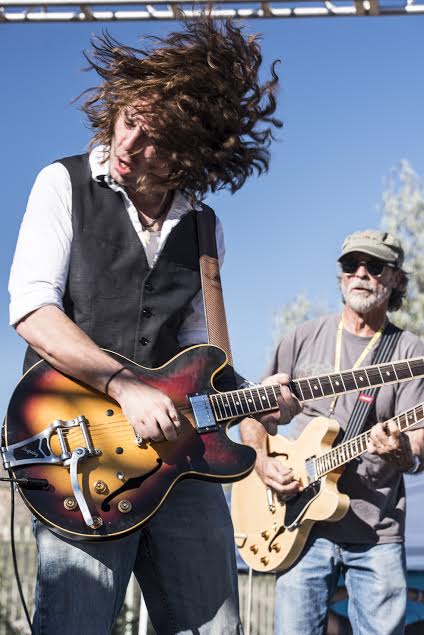 Any particular moments you can think of over the last six years that you’d like to share?

The very first one we did, and we had the outdoors stage, a ginormous thunderstorm came in and drenched us. We were like, do we wait it out and hope its gone in a half hour or is it going to drown us? Do we cover stuff and hide or do we break down things and take the stuff inside? So, we decide to have everybody grab something and we ran everything inside. The rest of the night, we had all the bands play inside. Everyone pitched in.

I think that goes to prove the mind set of festival people. They are more apt to share and work together.

BK: True. Then, I think it was the third year it started to rain and it began to hail. We just threw our hands up in the air and started laughing. Oh my what? We had rain one year and now we have hail. Another one that came to mind was that a few years ago, The Haymarket Squares were on inside playing and the PA on the inside went out. Well, they have a midnight curfew out there for outside and that’s why we finish up the evenings in there, but since the PA went out, all the guys from The Haymarket Squares just grabbed their instruments and walked outside and got on the main stage and finished their set acoustically.

That is the attitude of a festival. To have fun. I noticed this year, you had the official addition of Yoga in the morning.

Yes, this is the first year we have officially added it. We had this regular festival goer coming for a few years and she would do her yoga with friends and stuff in the morning. So, we asked her if we could promote this and get it going officially. It entices more festival people for different activities. 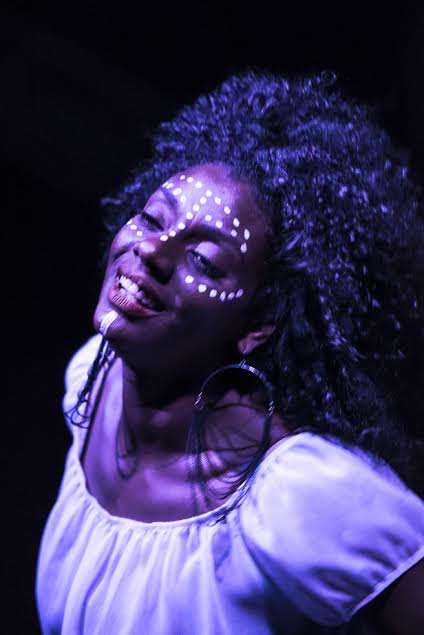 What about merchant tables?

That land is on forest service land. We are not permitted to do it. Apache Lake is, but we aren’t. It’s a restriction we have to follow. It limits us, but its one of those things we have to deal with.

For bands that would like to submit, any pointers ?

Send band info, music, videos, bio, resume, shows they’ve played, things going on. It’s not a secret. We really try to have a diversity of sounds. Not one specific genre. All bands are welcomed. We definitely look for bands that draw well around town and have a nice buzz about them. However, every year we do put on bands that the main community may not know of them. So, that lets people be introduced to new music.

That is a win-win situation. For festival goers, any spotters on things they should bring or not bring?

Don’t bring glass bottles. Make sure you have plenty of water, sunblock. A big thing for us at Apache Lake we have is respect the land and clean up after yourself and others if you can. Bring extra garbage bags and help. We always get complimented for cleaning up after ourselves.

Well on top of the music festival, it gets people to explore Arizona.

Yes, definitely a great place to come out and go fishing, boating, camping.

Do you recall the first band line-up?

I do recall the line-up and I can send you the first flier. As for coming up for next year, we have discussed some things already. We are supposed to meet and discuss things about this year while it is still fresh in our minds. As far as plans, I don’t have anything that I can ‘spill the beans’ right now. There are certainly some things under consideration. 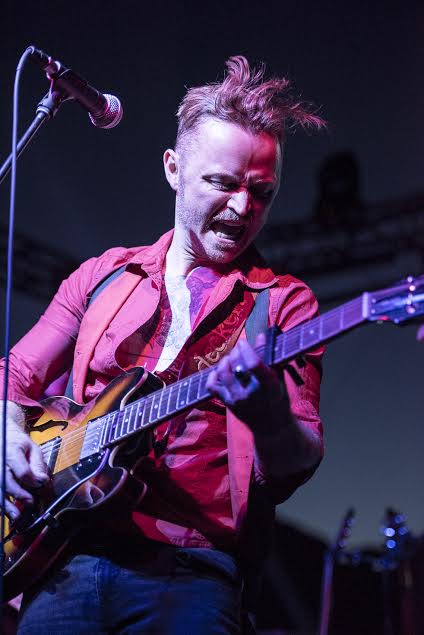 What brought you into the music scene originally Brannon?

BK: My dad was in a band when I was growing up. We had a recording studio in our basement. Back in 2003, when we opened a neighborhood bar and started doing live music, we wanted to bring local music in during the weekends. Everything was really evolved and we were getting great responses from people and started adding more; bigger stage, better sound. We stepped up our game when Long Wongs and Nita’s Hideaway closed and people were liking what we were doing.

And here you are. Crazy.

It’s a good crazy. I love to go to other people’s concerts whether they are here in town or out. Like next month in November, I am going to Brazil. Not only for Brazil, but to see Pearl Jam. I like music and grew up in a household that was about music. That and along with sports like snow boarding, surfing… yeah… both are all good.

There are many things I came to appreciate over the course at the Apache Lake Music Festival this year.

First, the gratitude shown by the musicians. Everyone on staff for ALMF and those who work at Apache Lake Marina/Resort, were very accommodating to the needs of musicians and patrons alike. Several times I heard band members thanking all of those involved, plus the communal efforts to support one another and lend a hand when needed was refreshing.

This gracious attitude was extended to all and even I was thanked more than once for participating among the photographers and media. All around a very positive and uplifting experience, professional and cordial. Of course, the added elements of breathtaking scenery, along with some of Arizona’s best local musicians, ALMF 2015 was a sure-fire hit! It was great seeing old friends, renewing and making new ones. Plus, I met several couples who came in just for this festival from other states. 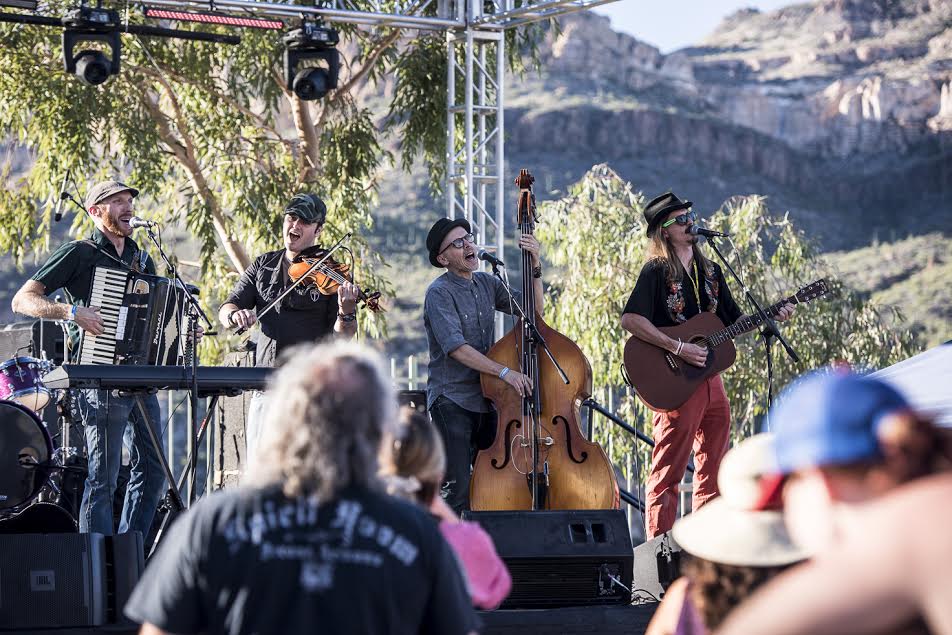 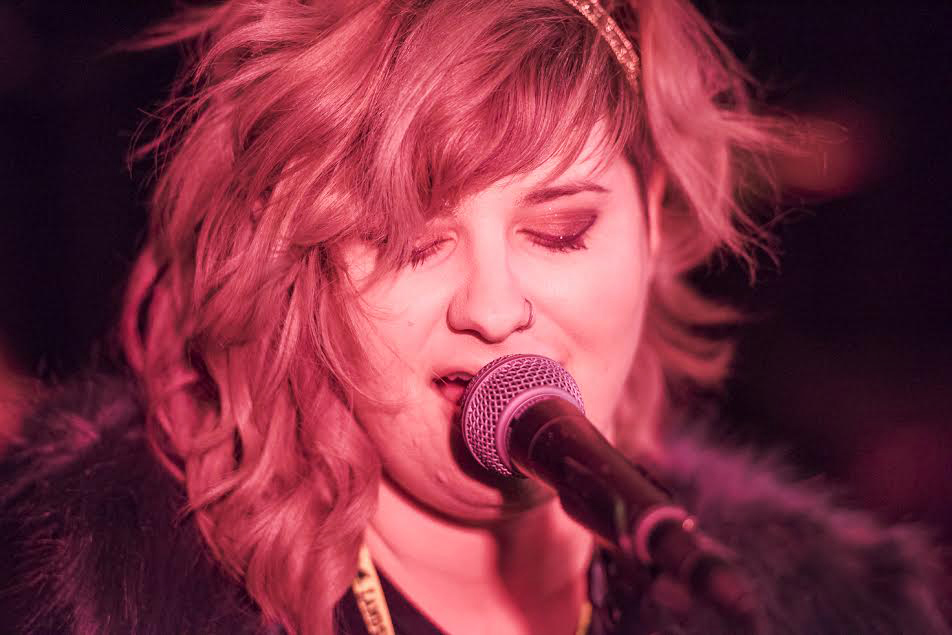 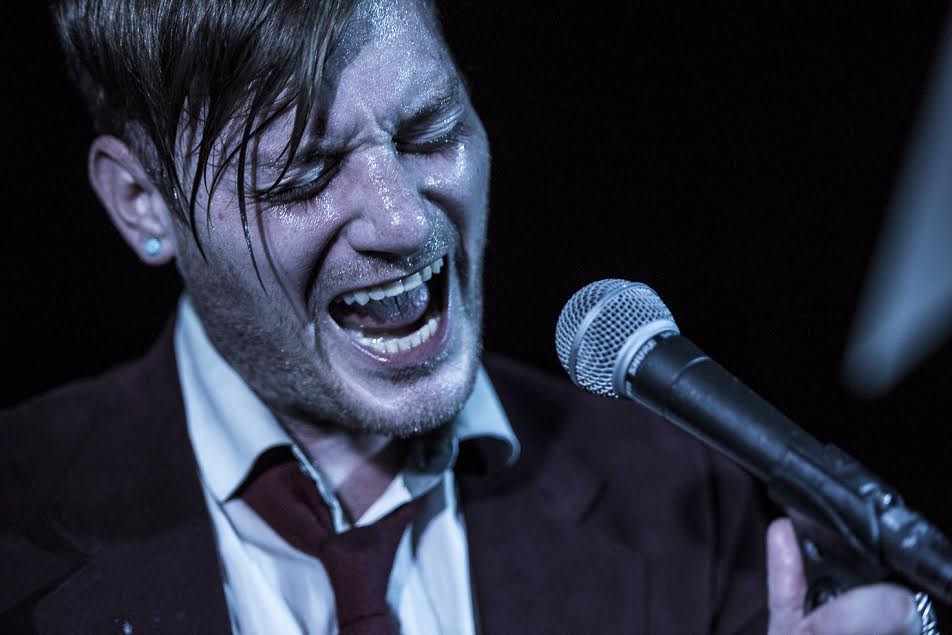 Haper and the Moths 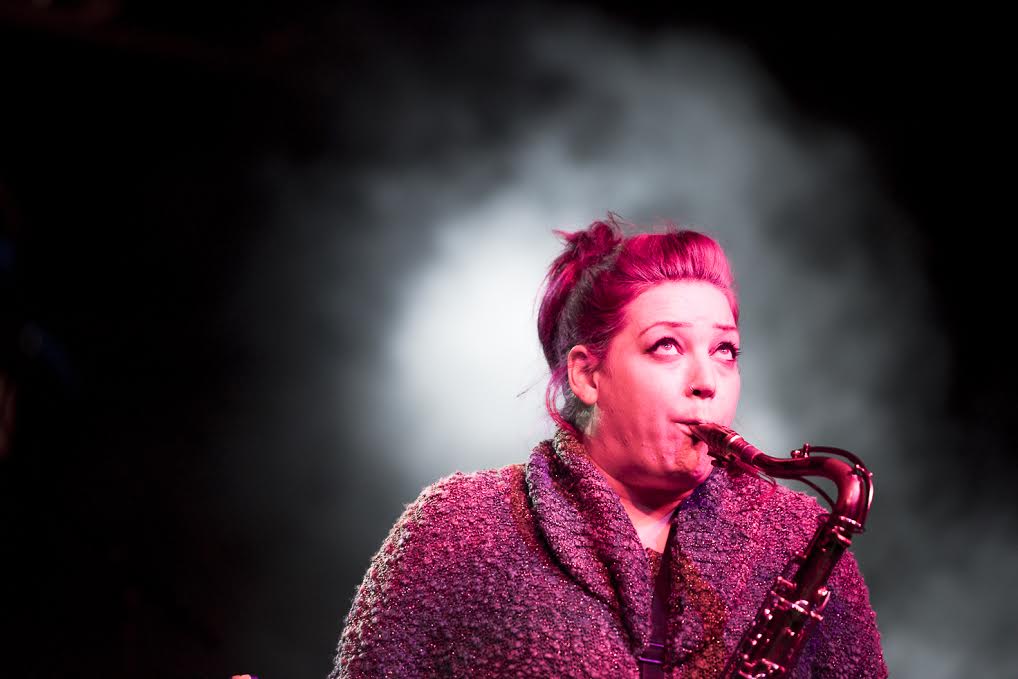 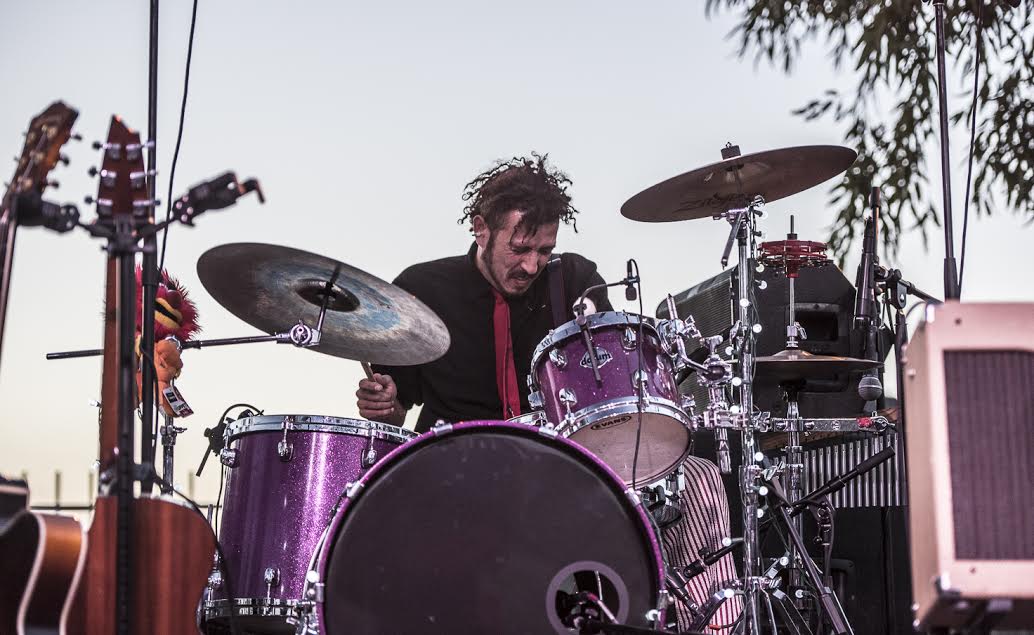 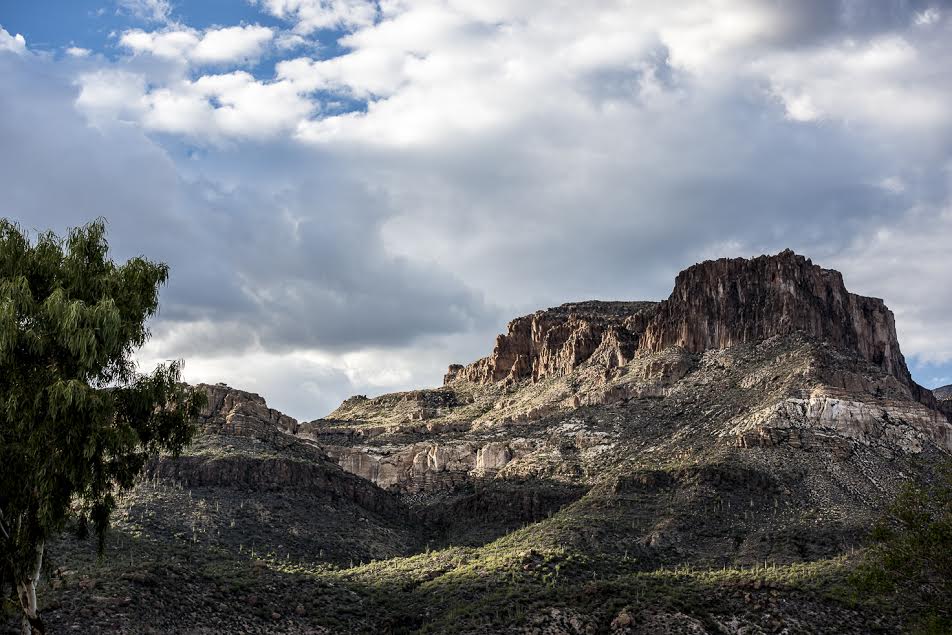 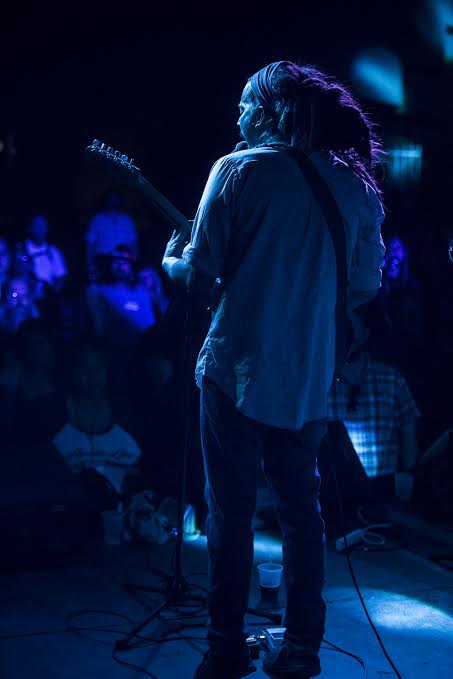 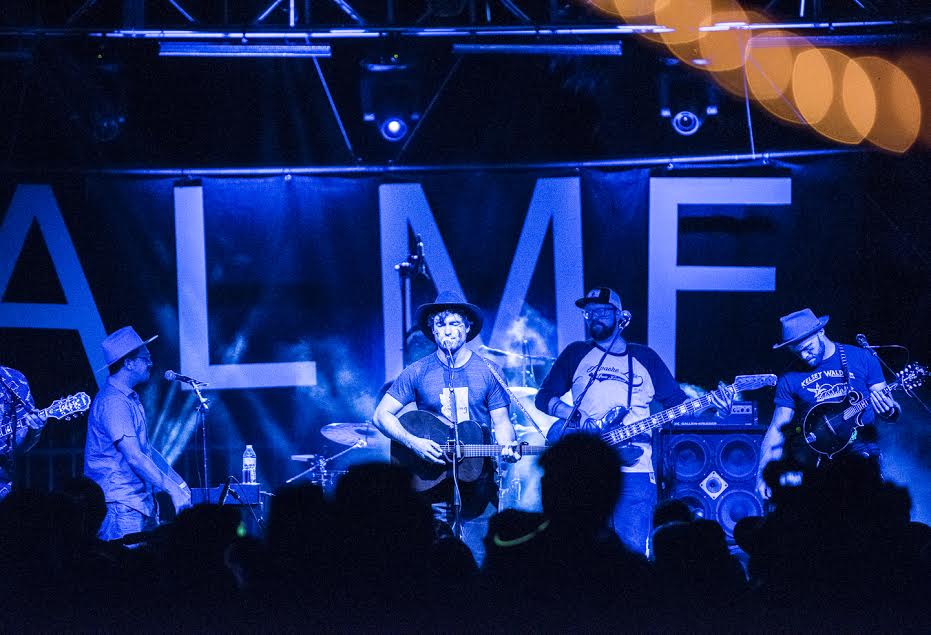 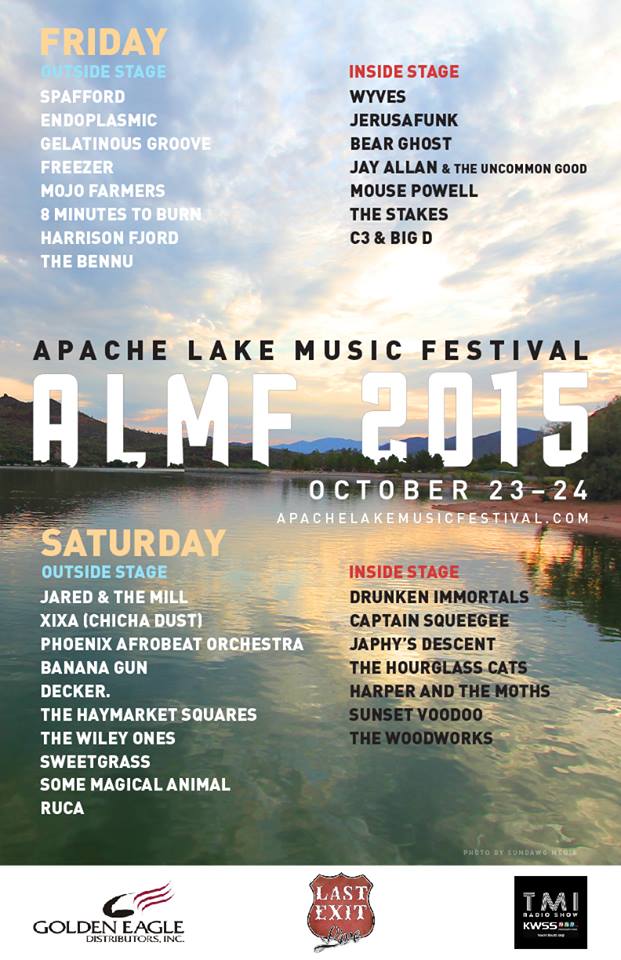 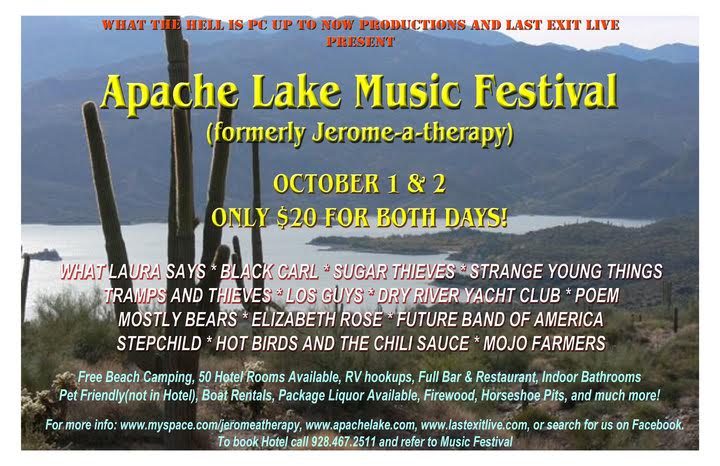