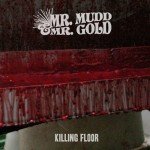 The Americana duo self-described as the “bastard child of rock, alt-country, blues, Appalachia, and bluegrass” has put out a foot-stomping single called “Killing Floor”. This lively number is the first single from their forthcoming album, recorded at Audioconfusion by Jalipaz and the late Dan Somers. If “Killing Floor” is any indication of what’s to come, I can’t wait to hear the rest of the album. This is bluegrass with some chutzpah. Give “Killing Floor” a listen here and then get out to catch Mr. Mudd & Mr. Gold live. They have a show coming up on Dec. 12th at Valley Bar so mark your calendars!

This single from Phoenix’s Dogbreth came out last Fall on the It Came From Plan-It-X 2014 compilation and has all the loveable “powerkindness” pop punk that has marked the band as one to watch on the local scene. “Hoader House” was recorded, once again, by Jalipaz over at Audioconfusion. Word has it that the band has new material in the pipelines that fans should be hearing in the coming months. We’ll keep you posted. Until then, check out “Hoarder House” from Dogbreth here. To hear the complete compilation, It Came From Plan​-​It​-​X 2014, head here. 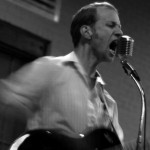 “(I Didn’t Come Here For) Your Honesty”

Daryl Scherrer is one of those artists whose music is so poignant it hurts your heart to hear. “(I Didn’t Come Here For) Your Honesty” delivers that same soul-baring candor that will twist up in your guts before letting you go. I highly recommend giving the single a listen here. And, while you’re at it, I aslo suggest checking out Scherrer’s other musical endeavor, The Blood Feud Family Singers, who released an album earlier this month. You can hear that here (and more on that to follow). 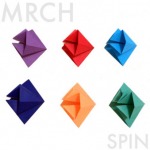 MRCH, the Valley’s own electro-pop trio, have unveiled a new single that is already receiving quite the media buzz. “Spin” combines whispy vocals with an approachable level of synth fuzz for a radio-ready number. If you  go in for Chvrches or Passion Pit, you’ll dig MRCH. Give “Spin” a listen here. You can catch MRCH live in December at Valley Bar. The band has two dates (12/8 & 12/19) to play the new Phoenix hotspot so you have no excuse to miss out. 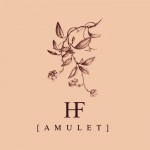 The dreamscape meanderings of Ryan Ostermann (Owl & Penny/Sownbones) continue to take musical form through the works of Holy Fawn. The local fourpiece creates ethereal acid-indie perfect for initiating drift-mode in your mind. “Amulet” is the second single from this new musical project and I, for one, am eager to hear what the rest of their debut album contains. You can catch Holy Fawn live on Sunday, Nov. 29th, with Saddles and Hollowbodies at the Crescent Ballroom. Before that happens, you should give “Amulet” a listen (or two) here.