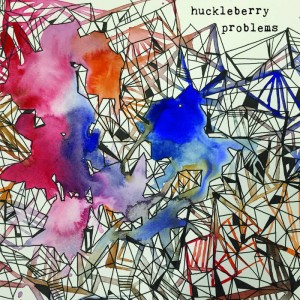 Huckleberry lands somewhere toward the Americana side of the indie spectrum with their mild-mannered, desert-infused rocknroll. Their much anticipated follow-up to 2013’s Fine Highway dropped in September. Problems offers listeners eight tracks of Huckleberry gold for fans new and old. The album opens with “Trouble is Real” which reveals the band has subdued those alt-country tendencies that defined their first album without losing that down-home flavor entirely. The pensive “Rainy Season” follows offering a unique characterization in an easy-going melody. “Rolled a Ranger” provides a humorous slant on a bad day while tracks like “Steady Time” and “Under Your Spell” have a drowsy, sanguine feel like drinking a couple cold beers on a warm day. “Echo”, the closing track, might be my favorite from Problems. The song incorporates droney harmonies that add an interesting element to the crisp yet amiable sound. Jalipaz over at Audioconfusion did a particularly bang up job on this one. You can catch Huckleberry live on Nov. 20th at Casa Lounge in Tempe. Until then, enjoy Problems here where it is available for preview and purchase. 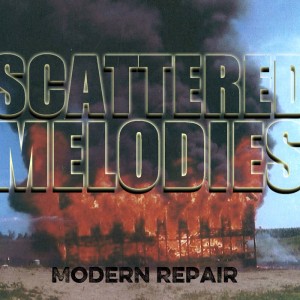 Perhaps you remember the reggae-rocking, rhythmic partnership of Josh Montag and Jake Johnston, also known as Scattered Melodies? For each recording endeavor, Scattered Melodies invites a host of their talented friends to take part in the process. They released Collective Agreement back in 2013 and now they’re back with their latest encapsulation of some of local music’s finest.  Modern Repair kicks off with a clip of Charlie Chaplin in The Great Dictator, offering the first indication that this is more than an album, it is social commentary. By the time the gang vocals kick in on “Sunset Choir”, the opening track, you know you’re in for something special. Modern Repair sounds as fun as it must have been to make, but it carries a serious message; a message of change. The album included more than 30 artists including Anamieke (Treasurefruit), Danny Torgersen (Captain Squeegee), Chelsey & Robert of Fairy Bones, Ruca, Chaz Fertal (The Hourglass Cats), The McDaniels (Pride Though Strife), Jay Nottingham and Phelan Parker of The Wiley Ones, even a string quartet featuring members of the Phoenix Symphony. Rather than creating a muddled soup, the result of too many cooks, Modern Repair is a cohesive collection that covers an array of topics from national security and the media to community-building and the importance of fact-checking your sources. At fourteen tracks, Scattered Melodies made sure their album was worth the wait. Modern Repair is available for preview and purchase here. 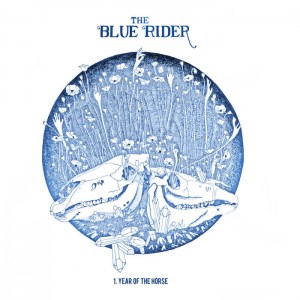 Year of the Horse

This little gem of an EP from Denver’s The Blue Rider almost slipped right past me and that, dear readers, would have been terrible. Year of the Horse is five high-energy tracks of garage rock good times. Don’t let the album cover fool you. This is more feisty than folksy. The title track starts the album with some bluesy grit and you can begin to discern the psychedelic air that adds some dynamic textures to the EP. The organs on “Color My Brain” add a retro-revival flair; a nod to psychedelia of days past. The third track, “Rattlesnake”, has that authentic desert sound that makes me think the band would find themselves right at home here in the Ol’ Sonoran (hint for future tour plans). “Chamomile Light”, the closing track, contends with “Rattlesnake” for my personal favorite on Year of the Horse. This song gets downright trippy. Rumor has it, the LP is in the works and I, for one, couldn’t be more excited. We’re hoping to hear that sooner than later, this time. Check out Year of the Horse by The Blue Rider here and join me in the anxious wait for the full-length.