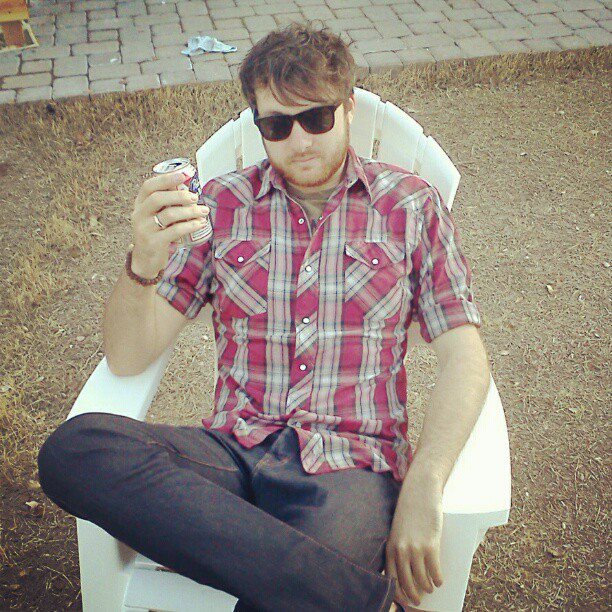 My name’s Joe Golfen and I’m a musician and writer in Phoenix, and the lead singer and guitarist for The Lonesome Wilderness. I like to describe our sound as Southwestern garage rock, bringing in a lot of 1960’s rock and roll with a touch of the desert psychedelic. I also play the organ for local power pop rockers The Breakup Society.

Along with the music, I’ve written about music, art and culture in Phoenix for The Arizona Republic, Phoenix New Times, YabYum and more.

My mom was an art major and my dad a guitar-playing journalist, so I grew up around art, music and writing. I started playing guitar when I was about 10 years-old, learning CCR and Bob Marley songs. I’ve played with friends over the years but finally got serious about putting together a band about 4 years ago.

When The Lonesome Wilderness started it was me, my brother Paul on guitar, and my (future-, at the time) wife Andrea on bass. We played our first nerve-wracking show without a drummer, but it went over really well, so we’ve been doing it ever since. Our lineup has changed a bit, so now it’s the three of us and our drummer Brian, and I think we’ve settled into a nice groove and developed a good sound.

I mostly just get inspired listening to other music. I try to figure out what it is I like about a certain song, and then use that in one of our songs. I mostly think of the lyrics after the music, and there is usually a line that I’ll think of while messing around with the melody, and then I’ll base the song off that. For the song “Cigarettes,” which I was trying to put it all together I just thought of “Those cigarettes are burning down the house again,” and just wrote the rest of the song to go with that. I’ve never been good at writing to a complete story, so I try to focus on specific scenes, and let the listener fill in the blanks.

But really playing with the rest of my band is the most inspiring thing. I usually think of the basic song and bring it to the band, but a lot of the best touches, from cool bass lines or whistling or breakdowns, those have all come from the other members of the band. It’s fun to be in the kind of band that is open to new things and free to tryout ideas, and it makes the final product so much better.

I like that the scene is very welcoming in AZ. You go to some cities and everything feels pretty segmented and closed off. I feel like in Phoenix or Tempe or Tucson, everybody seems to feel like we’re all in this together, which really lets you play with a diverse bunch of bands and meet new, cool people.

I just wish the art and music community would start taking more pride in our scene. That’s how cities get a reputation as being cool- the people that live there have to start talking about it. We do have a bit of an inferiority complex with places like LA or whatever, but there is a lot of great stuff happening in AZ, we just need to get it out there. And we can’t let the political craziness overshadow all the cool stuff. I mean, Austin is awesome and it’s the capitol of Texas, so it can be done.

You can check out our Bandcamp page here. We have our debut EP up there, which we recorded live in one day at AudioConfusion in Mesa. We are putting the finishing touches on a new single now, and we hope to have that out soon. I think the EP really captured our live sound, so with the new songs, we’re trying to explore our psychedelic side a bit more, so expect a bit more studio experimentation.

We are laying a little low this fall and working on new songs, but we have a great show at the Yucca Tap Room on October 17, so come check us out.

I mostly want to keep creating and stay a curious person. I really enjoy the arts, music and writing, and even though it can be hard to muster up passion for something after going to work all week or whatever, I think it’s an important part of life. It’s the kind of thing that transcends the day-to-day worries that everyone has, and lets us realize that there are a lot interesting things in world, we just have to find them.

When my brother was in art school I used to tell him he should follow the A.B.A. principle: “Always Be Arting.” And while that does have some sinister “Glengarry Glen Ross” connotations, I think it’s a good way to behave if you want to be good at what you do. You have to keep your eyes and mind open so that you can notice new and interesting things happening around you, and then you can stick that in a song. 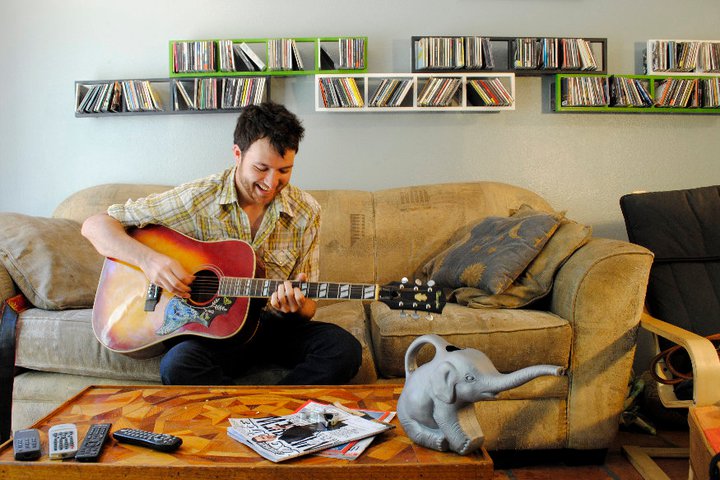