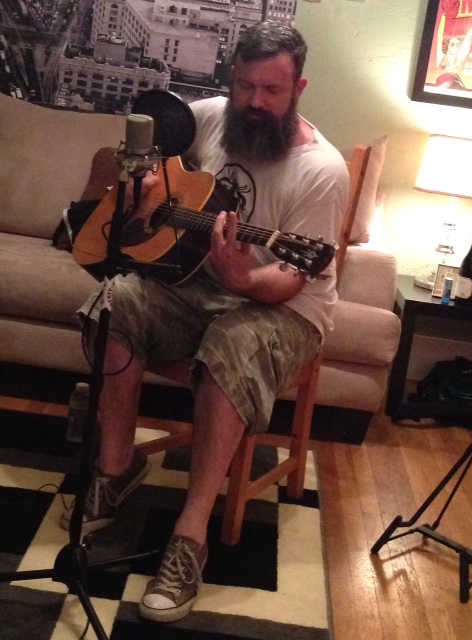 Song River talks to local musician Zack Phillips on DLUXRadio as part of the Hay Girls Show. Read the interview below…

Song River: For yourself when you listen to music, is it a complex thing that you struggle with, or is it something that flows through you effortlessly? (Hold onto that image you sense, I want to touch on it later.)

Zack Phillips: You have to work to find exceptional music these day, just because there’s so much out there. I find it hard to get into a lot of music, especially my own! Part of that stems from battling depression, where nothing in life (even music) seems to shine like it should. But, if it’s REALLY good stuff, then I struggle to analyze it in a delicious way… I’m reminded of hearing the layers in “Schoenberg’s American Symphony” that I got to hear live last weekend. Hearing a large symphony orchestra is the height of bliss.

SR: Take that same thought now and apply it to when you are creating music yourself. Complex or Effortless?

ZP: I know many musicians probably have a similar experience, but my brain is like a receiver of constant radio transmissions. I hear everything fully formed…all produced and layered and bad ass and majestic. Getting that translated to actual waveforms is complex and proving pretty much impossible. I’ve had my whole life to work on it, and my actual recorded output is pretty sparse. My life gets in my way.

SR:  Everyone takes a different journey. Some use music to find their way. How influential is music do you feel on a society?

ZP: I think there’s a blurring of the lines between the craft/science of writing and making music and the consumption-driven imitation of music. It has never been easier to make a record or record a song, but I’m not sure that’s 100% a good thing; the signal to noise ratio makes finding exceptional music like a locating a needle in a hay truck, but it also allows people a lot of independence. Music consumption drives a lot of our economy. The dream of becoming an accomplished recording artist infects so many people. It inspires a lot of people to grow, and that’s necessary, but I wonder sometimes if the world really needs more Guitar Center customers. We need teachers and nurses more than we need entertainers. Among those who feel called to be musicians, we need more truth tellers and protest writers. There’s too much evil going on in the world, given our capabilities as a civilization.

And NO, Taylor, I’m not just going to ‘shake it off.’ Music and love are the two most powerful things we can use to wake people up and get them fighting evil and injustice.

SR: Can it cause directional change?

ZP: I sure hope so. We definitely need an internal directional change as a society. Music is one of the few things capable of truly
inspiring people, so I hope musicians do a gut check and are using their gifts to affect change rather than contribute to the glut of entertainment. Ask yourself; what am I contributing, is it signal or noise? In the context of social media, this goes beyond musicians and applies to regular people too.

SR:  Is there a favorite structural form you prefer while 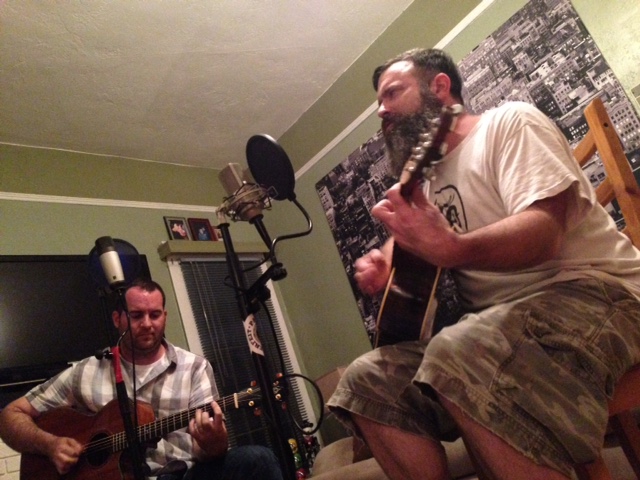 listening to music: meditating to it or rocking out to it?

ZP: Headphones or a loud club PA is my preferred method. Back when I had more money I was addicted to vibration sub-woofer headphones, I tried every possible model I could get my hands on, and they are a whole other level of badassedness.

SR:  What was the first instrument you picked up and said, “Hey, this is it. I want to play!”

ZP: I think playing my first electric with proper distortion was definitely a revelation. I’ve been stuck with acoustic recently, so I definitely envy people who get to integrate all the latest boutique pedals and well-engineered amps. I used to work at Honeywell, so I definitely appreciate the engineering advances that go into achieving good tone…and that’s just guitars. I don’t even like guitars compared to how much I love the studio as an instrument.

SR:  Are you self-taught or did you have a formal instrumental/music education?

ZP: I was in choir and took guitar lessons as a teen, but can’t read music. I know a bit of theory, but have always done everything by ear.

SR: How about your kids?  Do they seem musically inclined?

ZP: Yeah, I think so. I see them finding their way there. I try to not push them. One likes to sing, the other likes to dance.

SR: So, are they open to allowing your guidance in their learning?

ZP: So far they seem pretty open to suggestions. I’m more concerned about gently guiding their consumption towards records that matter.

SR: What other forms of arts do you also enjoy creating?

ZP: I credit photography for keeping me sane during a substantially difficult period a few years ago. Snapping 50k pictures will go a long way to keeping you out of trouble. Maybe I should pick it up again, lol.

SR:  I would definitely go out shooting with you, Zack. Some people hear a rhythm constantly in tune with their own. When it comes to the lyric parts of songs how does that come together for you?

ZP: Usually the groove suggests/inspires certain phonics and rhymes that need to be developed and refined to fit whatever subject the song ends up being about. I find listening to high-vocabulary hip-hop (e.g. Aesop Rock) to be the thing that facilitates a clever and pleasing lyrical flow.

SR: How about the melody and so on?

ZP: Melodies/harmonies are fully automatic and plentiful. It’s like custom ear worms. That’s why I love the studio so much, because you can add layers that aren’t physically possible in a real-time performance. 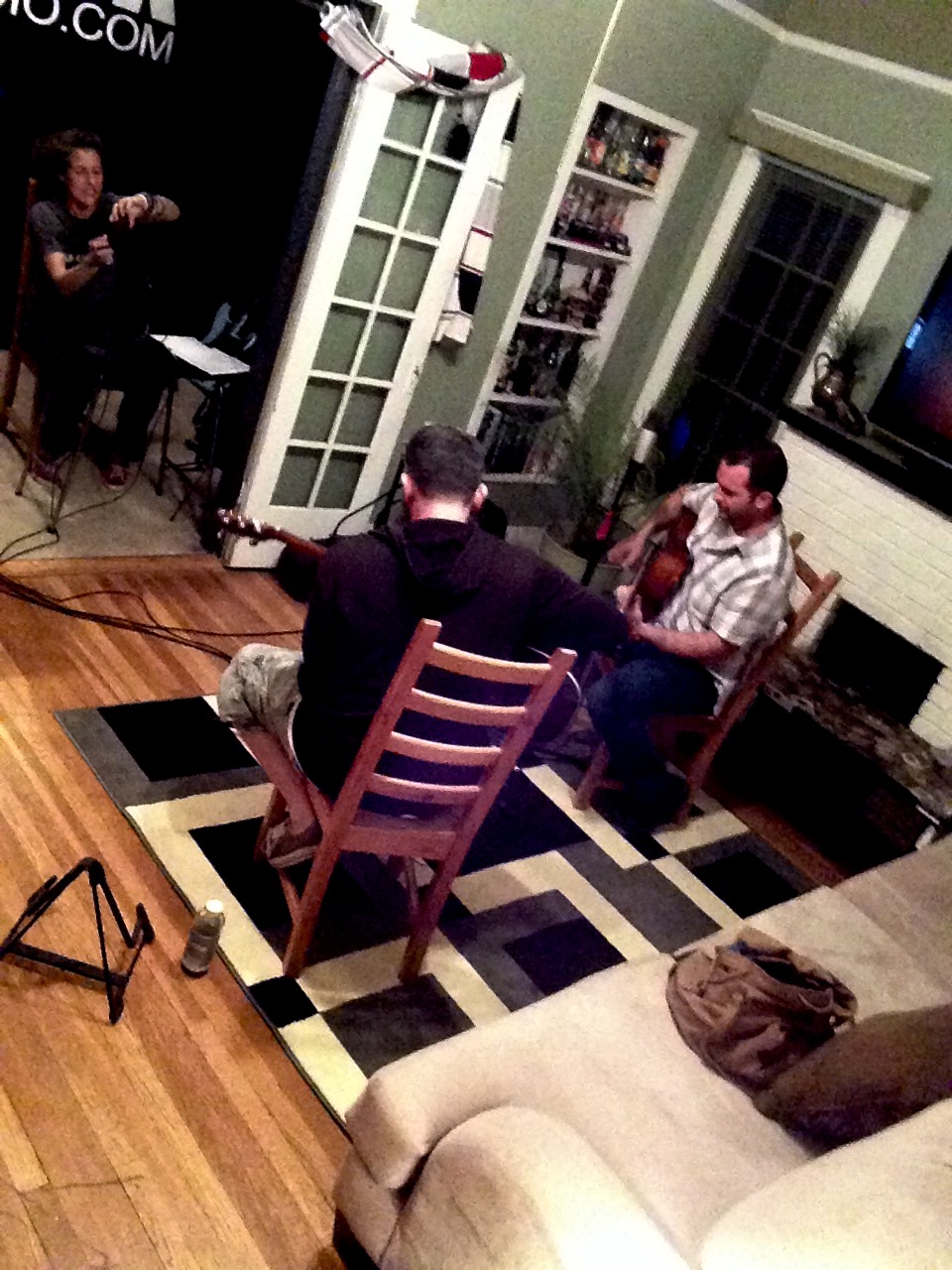 SR: What has been one inspiration you can recall that you ended up writing a song over?  Did you record it?

ZP: I wrote a few songs in the sunset of a relationship that were inspired by the troubles that led to that decline. I look back now and see them as pretty self-centered, but it’s just what people go through.

SR:  Who are some of your own personal favorite musicians?

ZP: There are simply too many to be able to name individuals. I do live sound as one of my day jobs so I’ve taken the approach of finding something I like about every single musician that I get to mix.

SR: If you could pick a period of time, (past/future), you would want to experience what period would it be?

ZP: Personally, I simply wish I could go back to 2000 and pick up where my brain went off the rails. I lost all my momentum as an artist. I had the best guys backing me up and we were just starting to get a sound I liked. I also was getting momentum in the electronic/sampling/remix world.

Beyond that, I would like to hit up a couple hundred years in the future and see if music sounds anything like what I hear in my head right now. I’ve never been much for vintage or anachronistic musical forms…I’ve always wanted to hear and make the music of the future.

SR: Musically, during that period, do you think you would have fit in? Or would it be a little like “Back to the Future” and a scream of “Chuck Berry” blaring out of time?

ZP:Yeah, I think it would be cool to go into the future and be able to hang with whatever the people of the future are into. Going back to the 40’s and playing Beatles songs before the Beatles got to them would probably work out pretty well too.

SR: Going back to the ‘image’ I told you to hold onto. Describe it. What color, shape, form, sound, etc… does it take on?

ZP: The only image I ever get in my brain when I meditate is an animation of purple fractal rings washing over me. Sound is a whole other matter, but visually, it’s purple rings all the way down.

SR: Lastly, can one pull music from about any given situation they are presented with? Is life really a musical in the making?

ZP: Oh…most definitely. I depend on it to get through the day. I’m always singing cat songs that I’m writing to my cats, since I’m nearly always with them. My recent favorite is “Dodo Cat”. Cats go from noble to erratically clumsy in a flash.

Listen to the original broadcast on DLUXRadio.com: here