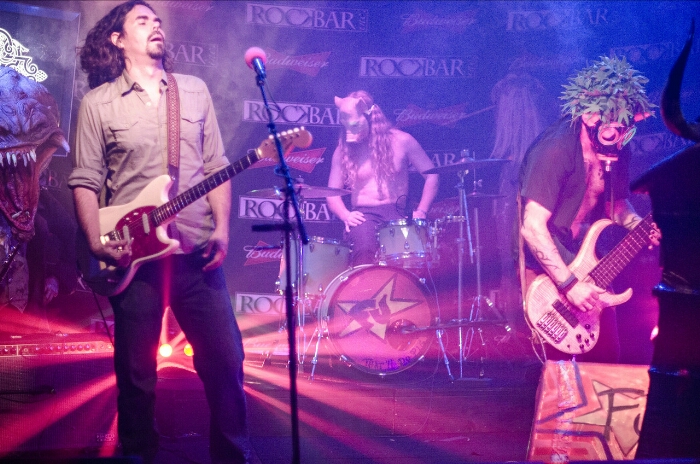 Song River chats with Yod from the band Fu who recently released their new EP titled, I.

Song River: First off, I have to ask because no one seems to be sure… pronunciation of “Fu?”

Yod: It is pronounced: “PHOO.”

SR: Where did the name originate?

Yod: It’s a slang [term] for mastery, so you can attach it to anything like “CODE FU” or “KUNG FU.” I like to think we practice “MUSIC FU,” so that’s what I called us, Fu.

SR: Your music and show are a visual feast. Can you place your sound in a particular group?

Yod: The BEST! Wink wink…  We bridge genres a lot, but no matter what our music has to really have an impact on us or we don’t play it. If you want to keep it simple – its great rock music.

SR: Talk a bit about the stage presence? What was the thought process behind the set up, colors, meaning of masks and props used?

Yod: Our stage setup is really Stowe’s brainchild. He had most of it designed already before joining the band. When he did come into the band, it seemed a perfect fit. The masks are beginning to represent characters in a concept record we are writing, a “Sci-Fi Odyssey” soundtrack.

SR: Fu came together in December 2014. Are you three the original band members? 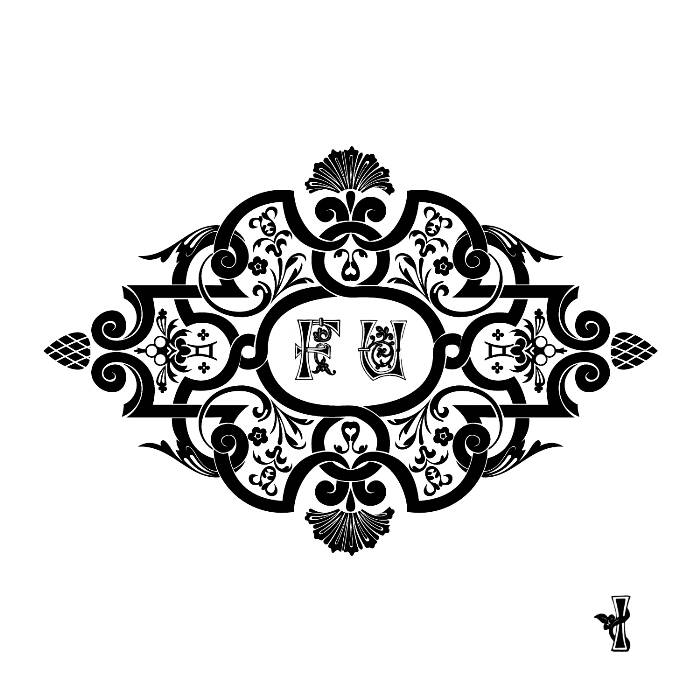 SR: Were any of the band members in former bands before coming together? If so, talk a bit about where you each came from and how you came together to form Fu.

Yod: We have been in different bands over the years… cumulatively we have over 60 years experience. I think Stowe came from outer space before Fu and I (Yod) was in the band Mergence for several years. Parker had a good run in a band called Secular End for a while.

When I wanted to start Fu I spent about a year searching for musicians that I considered up to the monumental task of making a 3 man band sound like 5 or 6 and had the ambition and dedication to commit to this undertaking. I’m glad I was patient, because I am thoroughly impressed by these two guys every time we play.

SR: The development of lyrics to the instruments… is it a group creation or is there a solitary creator for what you play?

Yod: It is a group thing, and  we have them delivered by stork.

SR: Music is not only an art, of course, but there are so many components that go into this business. How has that side of things been for you? The business side, marketing, managing?

Yod: Ugh, we will be ever so thankful the day we can have someone else do business for us and we just create, but for now we share the joy.

SR: The release of your new album: I. Talk to me about the title, the tracks, their development, the artwork that might have gone into the sleeve/cover.

Yod: The title is I, just a capital I. The tracks are songs about our experiences. I write a lot by watching a movie in my head or  placing myself in a situation mentally and then describing emotions, scenes, whatever. We collaborated on the artwork, the cover is from a 14th Century tapestry design and the pig on the back is what Parker wears. The next back cover will be Stowe’s gas mask.

SR: Who did you work with on producing it and where was I recorded?

Yod: We recorded I with Brian Neil at Oak Street Studios here in town and I had Jun Murakawa mix and produce it in Los Angeles. Man, did Jun do it up too! He spent a month mixing it and seemed to really have a good time making it not boring.

SR: Are you planning on touring with its release?

Yod: We definitely have plans for regional trips and a national tour opportunity would be most welcome, especially after the next two recordings. The second EP is being recorded September 2015 and will be out by the end of this year. The full length spring/summer 2016.

Being on the road is like Disneyland for musicians, we can’t wait!

SR: Videos to be made? If so, which tune are you planning to create one with first and who would you like or have you gotten to help create it?

Yod: “Sleazer” seems to be happening first as a live footage video, but we have tons of ideas for others. We do a lot in-house, but if any film makers and animators out there love the music go ahead and get in touch we like collaborating!

SR: Do you have any particulars that you must have when playing/performing? Like some people like to play at a certain time of night, they have a particular brand of guitar they prefer playing.