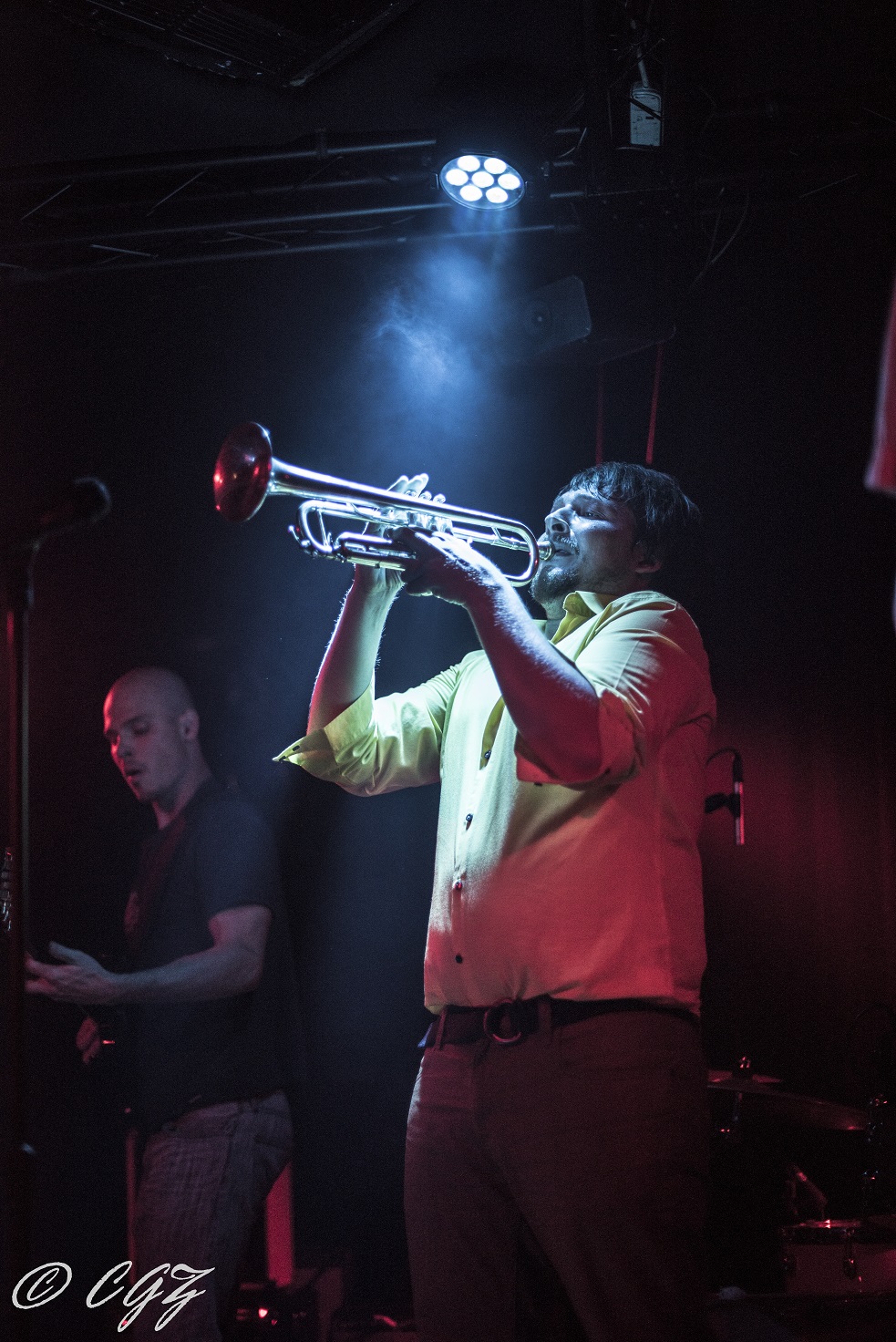 Song River: Since Captain Squeegee’s inception, around 2003, the claim of no original founding members taunts your bio headline. How has the Captain maintained its relative quirkiness of fun, music and memorable performances through the thick and thin of it all?

Danny Torgersen: I think anything named “Captain Squeegee” is destined to spiral into a perpetual state of madness. The fact no one who started the band is in the band, is both perplexing & inspiring to me… it’s like we’re a part of something bigger, a flaming technicolor torch we’ve been handed and we must run with it.

SR: Catching your performances live is to be devoured in cadence chimes. Your energy is c’est magnifique to say the least. Is the center of all the orchestration your favorite place to be Danny?

Danny: Well, I wanna be right there in the eye of the hurricane. In a past life, I conducted orchestras. In a future life I’ll conduct space-trains. As long as I’m working with rad humans like the band I’ll be happy… Nothing feels more important to me right now then recording crazy fucking songs & releasing my spiritual volcano on stage.

SR: As the band continues to gently broaden the boundaries of musical laws, what is it that comes to mind as you’re envisioning the stretching of such?

Danny: We try not to be gentle. We wanna light that shit on fire and summon angels from the ashes. Our next musical agenda is taking the traditional “pop song” and metamorphosing it right in front of your ears. Caterpillar to Cyborg-Butterfly in 4 minutes. Every time.

SR: When bending the laws of what is called ‘rock’, is that a collective action by the band as a whole or is there a ring leader and the pack follows?

Danny: I kinda birth little alien baby-songs, and then the band raises them into full-grown, evolved entities. Some times Austen (Guitar/Keys) is also the mother. All the band members have their own archetypal and astrological characteristics, so that all comes out in their playing and parts, making it more of a communal conclusion. 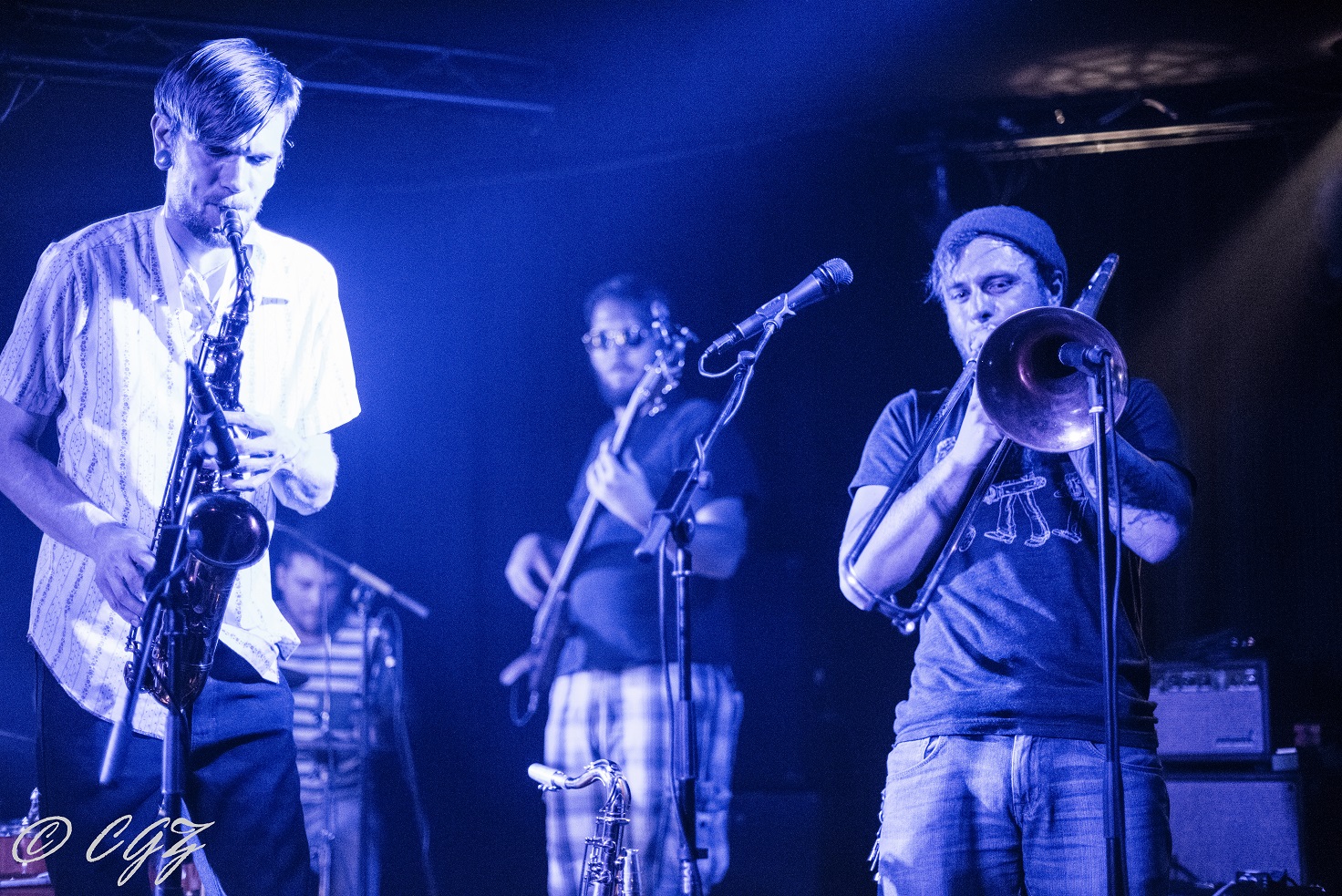 SR: How long have you been a part of Captain Squeegee yourself Danny, and what have been some of the changes along the way you’ve been instrumental making occur?

Danny: I joined ‘Squeegee’ about 13 years ago. I barely remember being such a young human. I was very much myself in the band instantly… making up horn-lines, adding harmonies, getting rowdy on stage. Assuming a front-man roll was a natural progression. I also hear songs in my head, constantly, with overwhelming volume, so I started showing those songs to the band and we decided to play them… that was sort of the beginning of our departure from “Ska music.”

SR: Recently you worked with, Johnny McHone, to create your animated mayhem music video: “Farce 500 Million.” First, were you all viewers of Robot Chicken or how did you come about approaching Johnny to create and direct your video? If you would chat we us a bit on how the video creation process… what was the bands direct involvement?

Danny: We knew Johnny from high school, Hamilton High School to be exact. He was always drawing cartoons and being a comedic genius way before Robot Chicken. All I had to do was call him up and say “Hey wanna animate/clay-mate this song? It’s about blah, blah, blah…” and then he just sends back the most brilliant shit! A true artist and old friend!!”

SR: Sometimes when I listen to your music and watch your social media it almost feels like Futurama and South Park collided with a b­side burlesque show and threw in a titch of Fantasia-induced LSD ala Disney. Where, what, how and why do you find this collective sound and visualocity? 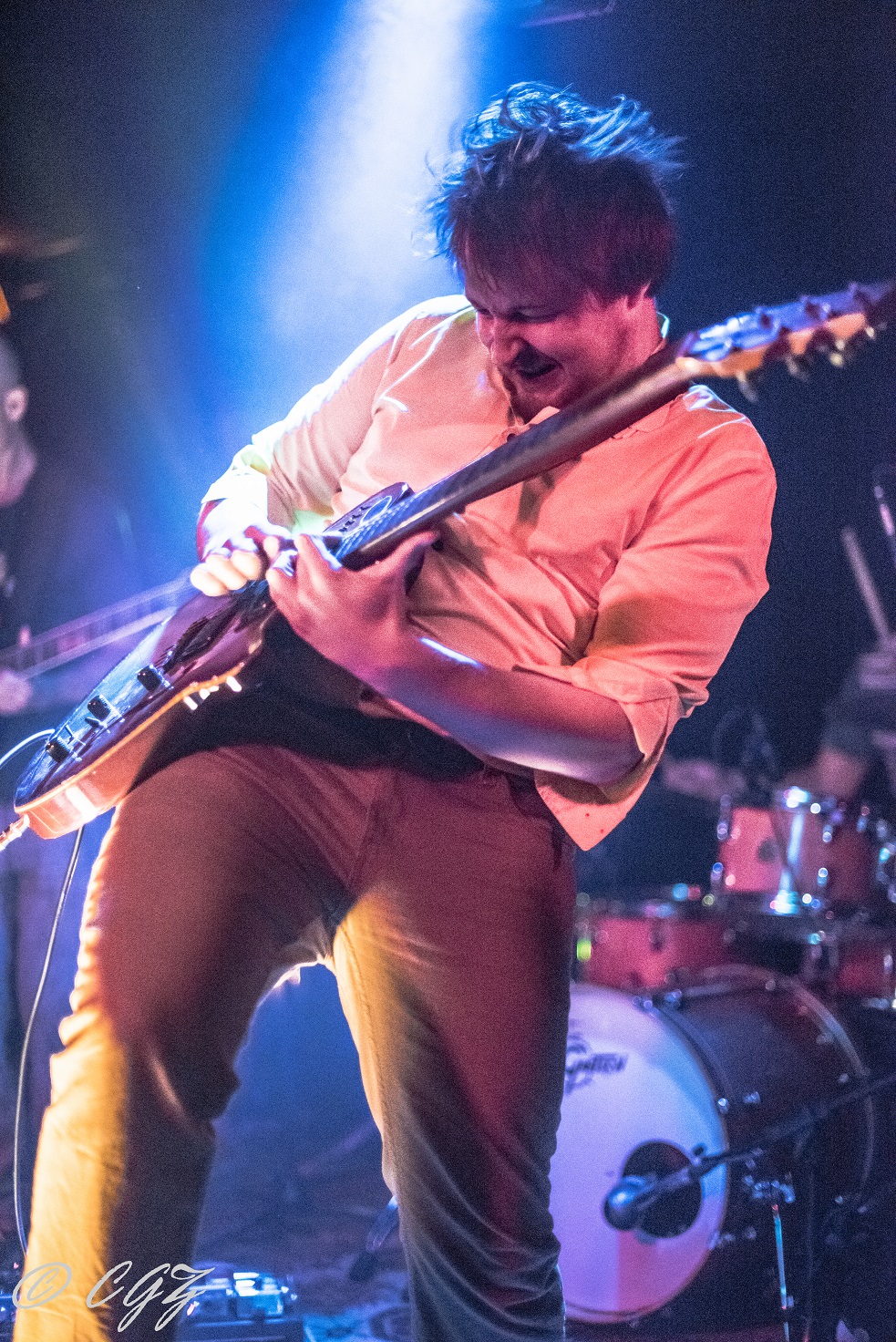 Danny: Holy shit that was the best review of our band ever… and a meta-wormhole of a question… I mean, all that craziness is just part of our lore & mythology. I love space, psychedelia, bright colors, satire, conspiracies, spicy food, skydiving etc… When we’re being represented it just feels natural to integrate these crazy-ass themes all over the place. I’m never out of ideas when it comes to branding, cuz I know what trips me out, and I want everyone else to trip out with us.

SR: Would you say at times Captain Squeegee is definably poking their finger in the eye of politics, corporations, and the human
race?

Danny: All the time. How can we not? We’re a rambunctious rock-n-roll band… It’s our duty to make fun of the leaders and politicians who think they rule us. It’s also important to honestly speak-out against the total takeover of humanity, happening before our eyes. There’s this terrifying new wave of technocratic brainwash glossing over everything… the internet, pop music, and even our souls. Art, music & satire may be the last way we can penetrate this evil veil of conformity consuming the lethargic minds of the West.

SR: You’re heading to the main stage coming up soon­ Apache Lake Music Festival. What is it you’re looking most forward to this year?

Danny: We’re gonna be so pumped-up after our trip to New York City! We’re leaving as boys, but when we return for ALMF, we’ll be more like mutant-robot-men. We’re especially looking forward to some secret guest artists that will be joining our set… I’d tell you more, but then that killer drone-bug on your shoulder will kill you.

SR: Are there certain bands you yourselves always make plans to hear?

Danny: OF COURSE! We love Harrison Fjord like our talented young brothers… I’m great friends with Brandon Decker… we’re all gay for Jared & The Mill. We love horns, so PAO is a must… There are just too many great locals to name on this bill. It’s like the ultimate Roman Colosseum of AZ bands, but we’re jamming instead of ruthlessly killing each other.

SR: With the amount of energy exuded when you play live, Danny, is their a special tonic you ingest prior to performing?

Danny: I use my Crown Chakra to engage the Pineal 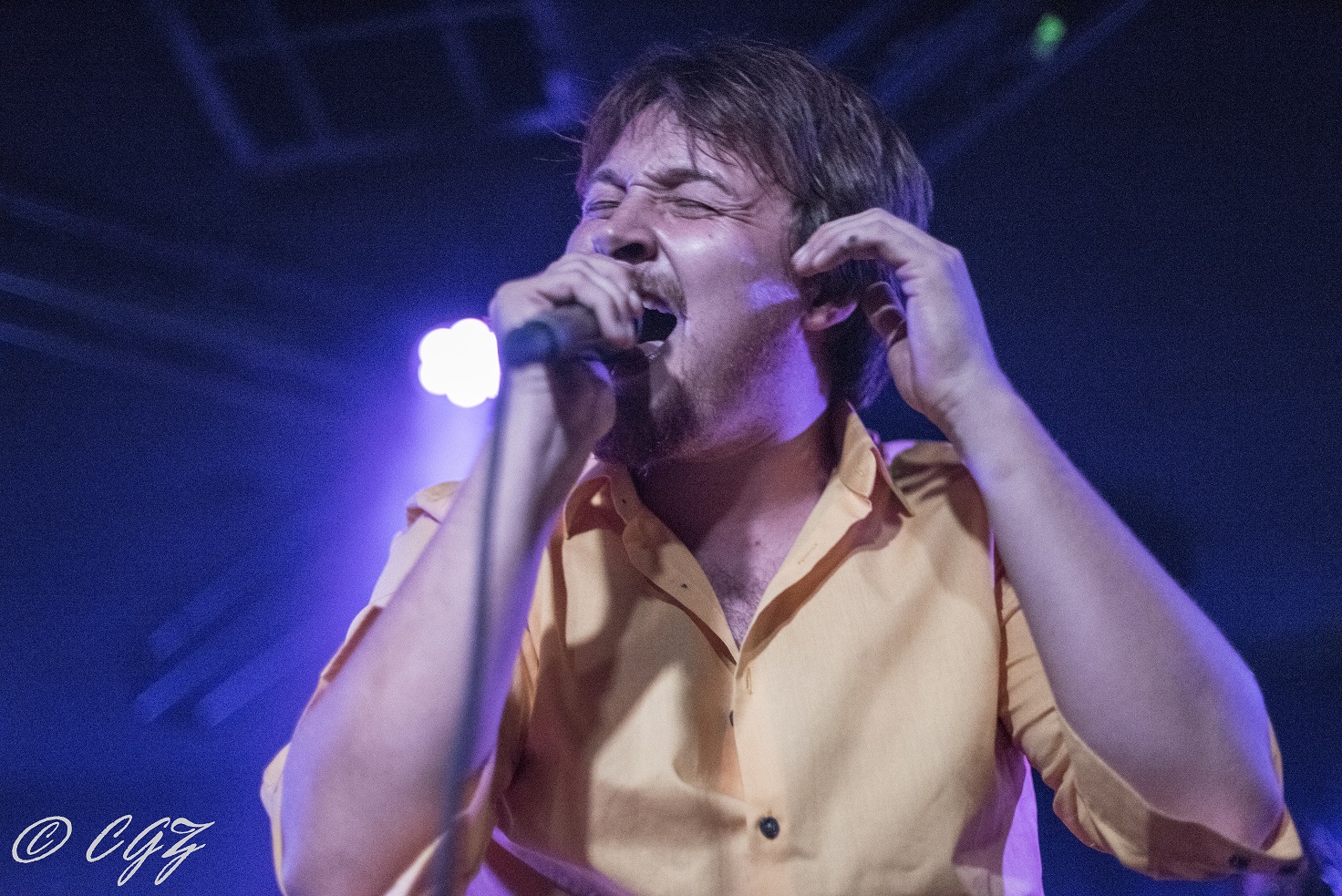 Gland inside my brain… I then super-charge my soul with a blast of DMT, the galactic super-juice of the spirit. This makes me SLIGHTLY more inter-dimensional on stage. I’d highly recommend it to others, but it’s extremely dangerous, so please don’t try it without consulting your local monk or guru.

SR: Next album? Talk to us about its progress, producer, elements and will it be an EP or full length? Release approx?

Danny: We’re under strict orders to keep this matter classified for now… I CAN tell you we have a new music video coming out next month, depicting a “Romeo and Juliet” style narrative… but it’s in the future… and Juliet’s an Alien.

Catch “Captain Squeegee” out at the Apache Lake Music Fest 2015 this year with tons of other great bands!!!!

More information on ALMF 2015 can be found here.

Keep up with Captain Squeegee (if you can) here.