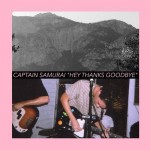 The first single from Captain Samurai’s forthcoming release, Hey Thanks Goodbye, is now available for your listening pleasure. “Tired” sounds like the band is moving in good directions since their 2014 release on Rubber Brother Recoreds, Nothing Part Zero. The music is cleaner, more refined, without sacrificing that edgy, garage-rock sound I’ve come to expect from Captain Samurai. I, for one, am excited to hear the rest of Hey Thanks Goodbye. Check out the single “Tired” and pre-order your cassette copy through 80N7 Records here. The full release will be available on November 11th so mark your calendars. 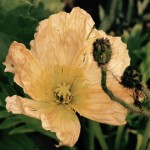 Phoenix rockers known as Day Before Plastics are gearing up for their first LP with the release of a new single. “Papaver” has an upbeat, summertimer pop feel even if the lyrics suggest more tension than ease. If this track is any indication of what’s to come, I expect a lot from Explosive Sadness. Give “Papaver” a listen here. We’ll keep you posted on that release date. 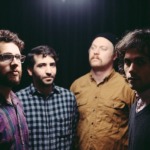 Maybe you were lucky enough to catch Pageantry out of Denton, TX when they performed at The Trunk Space during their month-long tour earlier this month. If not, you haven’t missed out entirely. You can still check out the band’s spaced-out indie rock with their new single “Girl Breath”. The song is an early sampling from their forthcoming LP titled Influence. You can give the track a listen here. 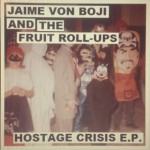 So, technically speaking, this release from Jaime Von Boji & the Fruit Roll-Ups is actually a three-track EP, but with each tracking clocking in at under 90 seconds, we figured what the hell. The Hostage Crisis EP is almost five whole minutes of garage-rocking good times. Another project from the musical mind of Jaime Paul Lamb, a musician we’re beginning to suspect just sits around and thinks up new band names all day. We don’t care. We love it all. Check out Jaime Von Boji & the Fruit Roll-Ups here. 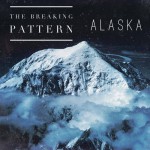 The Breaking Pattern are getting ready to release their debut album under their new moniker and “Alaska” marks the first single from Phoenix five-piece who previously performed as Ezer. The Breaking Pattern definitely falls to the emo-side of the indie rock spectrum. You can listen to the pre-release of “Alaska” here and, if you like what you’re hearing, I suggest sticking around for “The Rapture” for more of that exceedingly emotive groove.