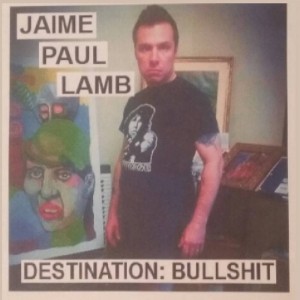 The twelve track album Jaime Paul Lamb released last month has quickly become one of my new favorites. The joy of finding a new artist I love arrived tinged with irritation. Jaime Paul Lamb is no way “new” to music-making. In fact, he’s been releasing albums since the 80s. Why was I not told about him? Who dropped the ball on this? DESTINATION: BULLSHIT offers listeners a retro-styled lofi rocknroll. According to the album’s bandcamp page, DESTINATION: BULLSHIT presents “a collection of various odds and ends from Jaime’s more recent home recordings which betray a hitherto latent penchant for 70’s AM Gold.” The album opens with “I’m So Glad that You are Alive” which has more of an innocent, early 1960s feel while the following song, “Everyone Knows (I’m High)” kicks up the energy and the psychedelia. The album takes on many different techniques throughout its twelve tracks. From the spaced out, mildly hallucinatory “I’m From the Future” to the dreamy “A Glorious Light”, DESTINATION: BULLSHIT provides a gradient of sounds within the overarching Jaime Paul Lamb style: garage pop with grit. There are moments on the album where the sound becomes intentionally muddled, weaving elements of experimental post-punk into the fabric of the song, like on “I’m Pretty Gone”. I, for one, have added DESTINATION: BULLSHIT to my regular rotation. Preview (and purchase) the album from Jaime Paul Lamb here. 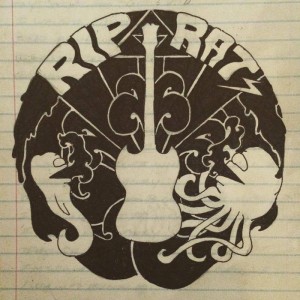 The three-piece rock band out of Denver known as the RipRats has been on our radar since we first came across their single “Sher Nuff” back in June of 2104 and, since then, we’ve been eagerly anticipating new recordings. That day has arrived. Rip of Whatever offers up six tracks of scrappy garage rock, a far cry from the alt-country folk punk we first heard from the band, but we’re totally loving the new sound. Fast-paced and feisty, Rip of Whatever infuses surf punk with other earlier forms of rocknroll for a high energy get down. The EP opens with “Fucked Up”, a rip-roaring good time of throwback rock mixed with modern modes of distortion. “Death Cult” continues in this same vein before “Where Did My Mind Go” takes the jam to a new level with its contentious chanting and driving guitar riffs. “Creep” has a stronger surf sound, but the album overall suffers slightly from too much continuity of sound. There’s not enough variance between tracks. But, that being said, RipRats have a really rad style so Rip or Whatever is fun from beginning to end. I’m especially partial to the anti-love song “Evil Woman” as well as the revivalist rock and heavy-handed angst on “Pee Bee R”. I get it. Hipsters suck. My only real complaint is that the band took down earlier releases so I can’t revisit “Sher Nuff” randomly throughout my workday. Not cool. I suppose my hostility will eventually abate with Rip or Whatever to assuage my negative feelings. Listen for yourself here. 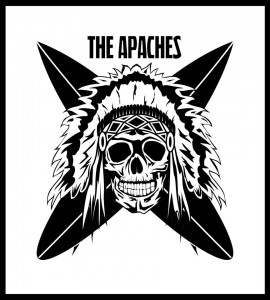 The Tempe instrumental act known as The Apaches released their debut EP over the summer. Musica Surfica presents the listener with four tracks of retro-revivial garage surf music served with a side of Southwestern psychedelia. The EP opens with the title track, a crisp, cool cut of old school surf. The following track, “Emma Peel”, reminded me of The Ghastly Ones “Lonesome Undertaker” and could easily be featured on the soundtrack to any 60s spy film. “The Fez”, at just over a minute, is the shortest track on the EP and longboard’s you straight to the beach boardwalk. “Storm Warning” closes out the album with more of the high-style surf rock of early Man…Or Astroman?. For fans of the aforementioned bands as well as the classic Dick Dale/Ventures sound, you’ll want to check these guys out fast. The four-piece band only recently started making their way around the local scene so catch the wave early and boogie down to a show soon.