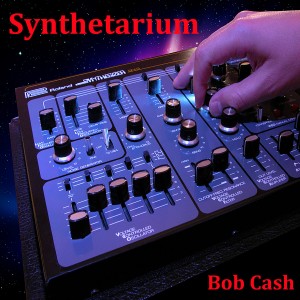 You may be cool, but you’ll never be Bob Cash cool. I mean you can’t make this kinda guy up. He’s authentic. He’s unique. And he makes righteous synth music. He was making “space” music in 1985 at the Roger B. Chaffee Planetarium in Grand Rapids, Michigan before you we’re even a glimmer in your daddy’s eye or, at most, in diapers probably. What started as a love for music grew into a full on obsession in the 1980’s, but it wasn’t until moving to Arizona in the 90’s and the turn of the century eBay boom that our boy Cash started “gearing up.” I mean check out his website and scope the hardware. Over 20 synths, including multi-shot photos, and even a demo song from Bob featuring that particular synth in many cases. However, for Synthetarium, he brings them all together in one glorious masterwork. Opening with “Cutting The Fat” he’s quick to state that he has complete dominance over the entire Phoenix scene and will cold-crush all competitors… in a completely instrumental, epic synth-riff way, obviously. How else would you do it? By the fourth track, “Yon Yon Bilingual” I was trippin’ balls. Not in a literal sense, of course, but in a deep sub-tropical rain forest licking the backs of toads kind of way. Just listen, you’ll see what I mean. “Feels Like An Aurora” I’m pretty sure is referencing orgasm, but I must admit I have no idea what “Ethnic Apparition” is referencing although it did lead me to Henry James’ The American Scene which you can read here. The deep-jungle feeling returned on “Caldera” and I have no issues with “Needs And Issues.” The “Cutting The Fat (Reprise)” brings it all back home to remind everyone just whose Boss. Give Synthetarium a listen here and pay your respects to this Phoenix synth God. 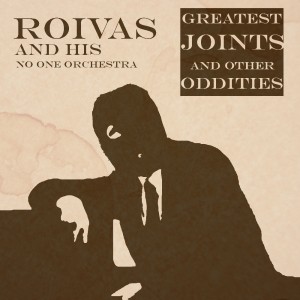 Roivas and his No One Orchestra

The band name, album title, and cover art attracted me to this album – the mashup of sampled tracks mixed with Roivas’ own music had me listening over and over. And at 20 tracks, that’s saying something. Most songs are two minutes and under, however, there’s a three minute moment or two. That’s all the time you need though – without vocals it can be hard to capture people’s attention, especially when creating “loops and shit/minimalist instrumentation/sampling” music. Although I think Roivas and his No One Orchestra featuring members Me, Myself and Eye does an excellent job of not only capturing, but sustaining listenership. Opening with “Here”, Roivas sets the expectation of what his album will sound like, but with the nonchalance of dropping a fat tip at a fine restaurant. “So Much” lightens the mood of the opener and you know you’re in a for fun ride at that point: top down, perfect weather, cruising music. The album shifts from experimental to soulful, new school back to old. Highlights for me include “Peace”, “Inside”, “IS” and “Busted” but the album really does flow as one uninterrupted track so I highly recommend listening that way. If you like this, I would suggest checking out his (0)Mixtape which came out four days after this. I also really enjoyed Roivas’ ability to apply a string of special characters around his name (or album and song titles) on seemingly whatever website he chooses (HACK THE WORLD). Click here to see what I mean and check out the album while you’re there. 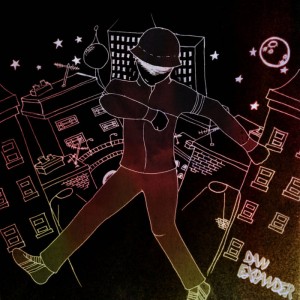 On The Request Line

OK so Dan Expander may in fact be from Finland, but he’s on Broken Soles Recordings run out of Phoenix/Los Angeles and is featured as their first official Bandcamp release so I had to cover him. Self-described as a “trip through an acid heavy footwork journey” these three tracks should get anyone moving for sure, whether physically or mentally. “Are we on the air?” asks the woman at the beginning of “New Beat” – what follows is an electronic rave that continues to get better as the night (morning?) goes on. “Phat Acid”, the second song, sounds remarkably like its title. Good show, Dan Expander; never has a beat been more acidic nor filled with such phatness. It shouldn’t be surprising that my favorite track is the third and final one, “Dance Maniac”. It’s a head-bobbing, fancy footwork of a track for sure. I am definitely guilty of dancing to this one. Broken Soles promises to deliver “Footwork massive, bass music for the future.” On The Request Line is a great start. Listen here. Check out Broken Soles on Facebook here.