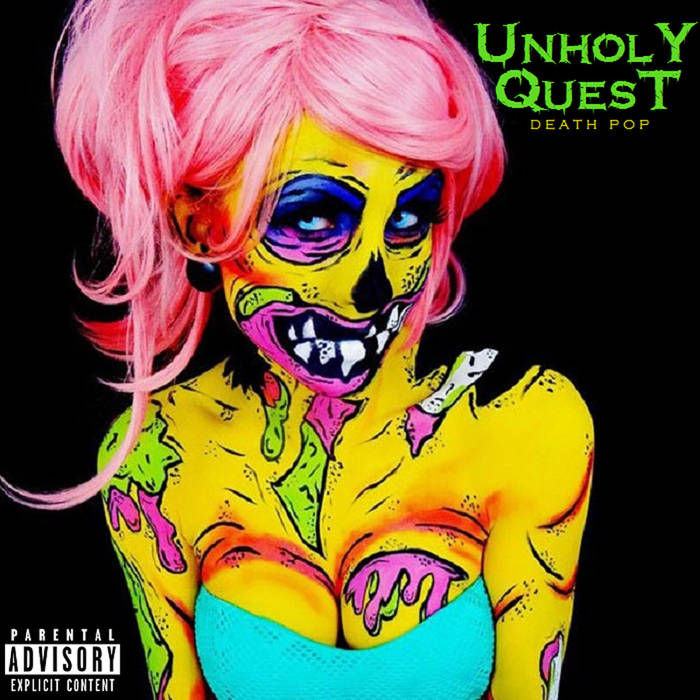 Taylor Swift, Jessie J (whoever the fuck, that is), Bruno Mars, and Iggy Azalea, get the royal kick in the teeth from this Internet project. That’s right, the songs were created via the Internet.

Think: crowdsourcing, but in a Death Metal-y way.

Unholy Quest has no less than 15 members, scattered all across the universe (I really don’t know where they are but it sounds pretty impressive). Speaking of impressive, how are these dudes getting everyone on a schedule to get shit recorded, I can’t even get four people into a room without a court order…

Because any time one of these stupid pop stars getting a pie in the face, especially from a Death Metal band, well, yeah.

Well, um, it’s Death Metal, so there’s a lot of growl/singing, which is totally awesome, and it’s a lot of fun to sing along with the lyrics (I mean, once you look them up…).

They sound exactly like each of these pop stars screaming, locked in a darkened room somewhere in a Black Op camp, while forced to listen to their crappy music.

Smashing each of these artist’s records.

The “Intro”. It is the perfect commentary on the whole, “Don’t you know who I am?”-pop-star culture. Good for these guys.