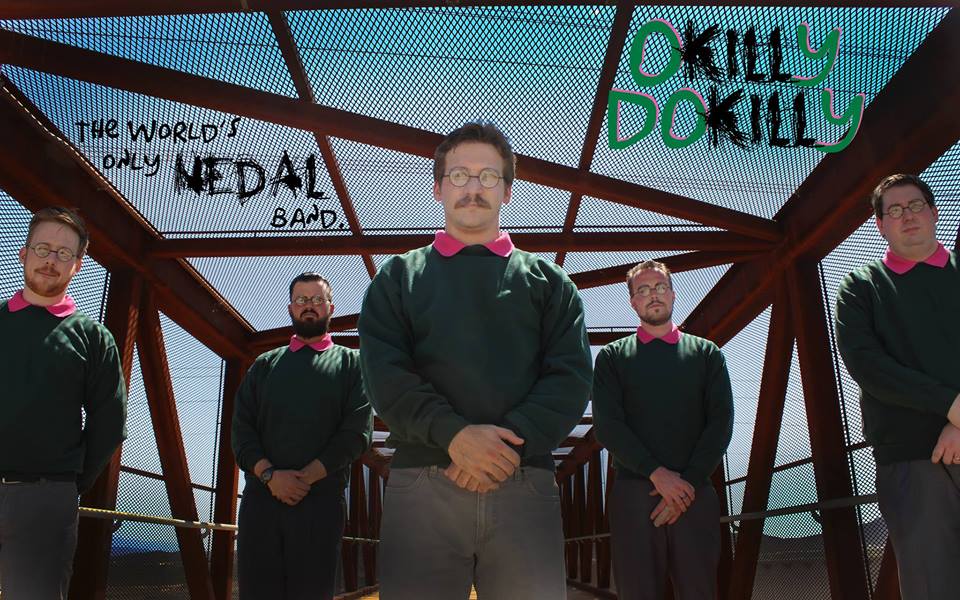 There is another dimension beyond that which is known to many. A dimension of sight and sound, vast of gimmicks, with short time spans and immediate gratifications. It is the battle ground between those who seek legitimacy, and the others who settle for mediocrity. A space in which talent is blurred, distorted, packaged and sold to the masses. An infinite void that lacks the depth and creativity of the human imagination. It is an area I call the Sellout Zone. D-nn-naaaahh…d-nn-NAAAAAHHH! 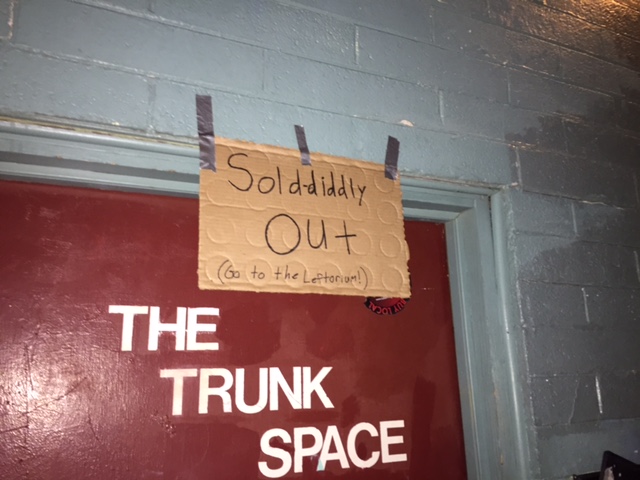 Enter the culprits. A nerdy quintet from Phoenix known as Okilly Dokilly, who have been labeled as “The world’s first Ned Flanders-themed metal band.” Before the night of Sept. 5th, the band has reaped the ill gotten gains of a viral marketing scheme. They’ve never played a show, released only 4 songs in sub-par demo form, taken a handful of promo pictures, and dropped one interview to the Aussie site Ripitup. That’s it. (Facepalm…Sigh…) Are you kidding me?! Is this the scene you want to project to the world, Phoenix?! You’re actually proud of this?! Smh…I don’t get it. But 3 weeks and 30k unearned “likes” later, it’s time for stupid Flanders to put up or shut up at The Trunk Space.

The moment the band enters to take the stage, the fans outside take long final drags before packing into the 200-person capacity venue like blindly led automatons, eager to bare witness the first coming of their metal saviors. Chants of “NEDAL! NEDAL! NEDAL!” permeate along with a stench that would make any hippy proud that you didn’t bathe in a week. The band straps up, plugs in, and slowly ignites the fire with “They Warned Me”. Arms are raised in praise, cameras and smartphones begin flashing, and a second waft of ripe body odor becomes palatable like a wafer on your tongue. Moving further into the exorcism, the crowd works into a frenetic mosh pit while the band spews the green pea soup that is “Press Destruct Button”. Afterwards, lead singer Head Ned quipped, “When you’re moshing, be sure to respect your neighborino.” 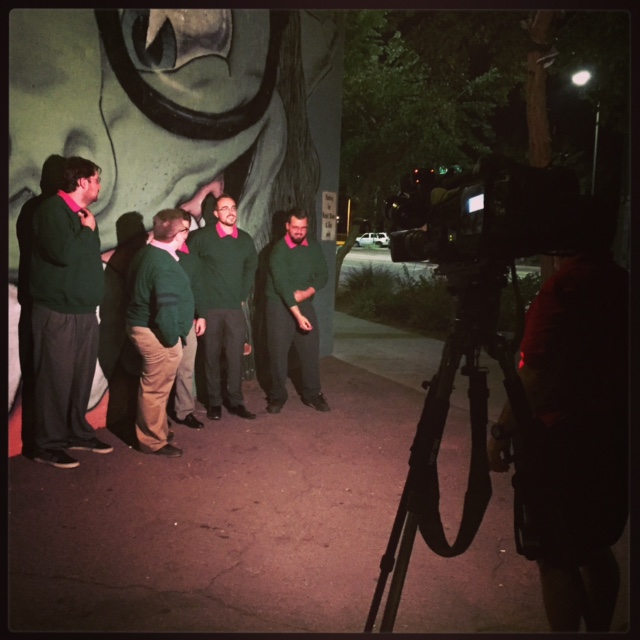 A light breather takes form with an acoustic intro of “Nothing At All”. Much like the before mentioned demo version, this was your only chance to swallow down warm holy water before being thrust back into the evil clutches of “nedal”. Headbanging is now in full swing, and the blend of distorted synths and guitar is an infectious as an innocent little demon. The power of Flanders is compelling everyone, but not me. The unreleased song “Donut Hell” was a personal highlight of the night. Based on the forbidden donut episode, the band made The Trunk Space their own personal hell including crowd surfing inside an inflatable pink frosted donut and the simple chorus of “MORE!” “All That Is Left” sounds infinitely better live than on the demos, and looked to be the unanimous crowd favorite, or at least to the 10% that were actually left handed. “You’re A Jerk” was dedicated by the band to all the jerks they didn’t know personally. And I have to say I’m one of those jerks.

However in conclusion, I will give props to the band for successfully pulling off two things: 1) The greatest promo gimmick I’ve been privy to since the Bong Water Taffy prank heard on the Howard Stern show. And 2) Giving the public a musical antithesis into the mind of the neighborino we all love to hate. It’s as if we witnessed Ned embracing the dark side and loving it. I’m not a converted Nedal-head by any stretch, but I will say that this was better than expected. What I thought was going to be an amazing disgrace turned out to be a great goddamn rock show! 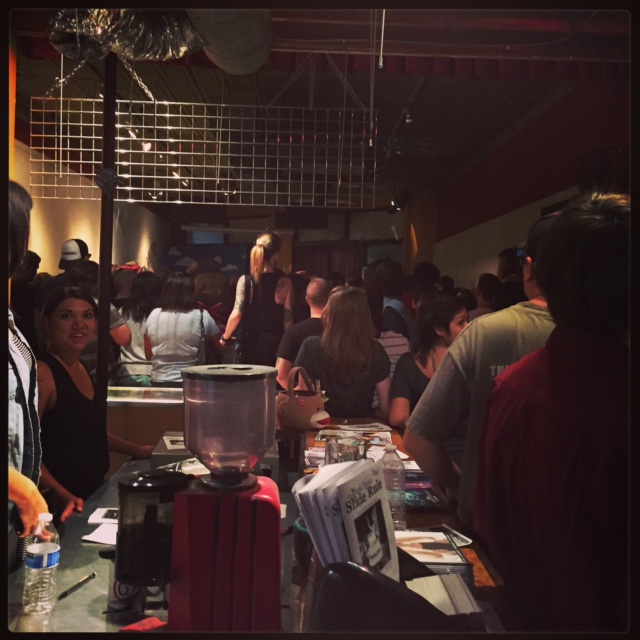 This is The Trunk Space at capacity.