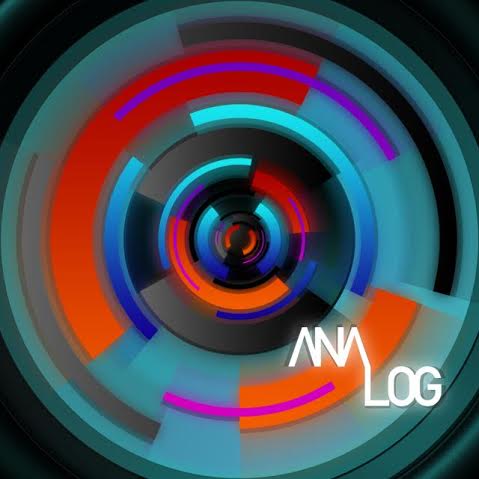 The 90’s called…they want their sound back. Did you get that memo? Talk to the hand cuz my ears don’t wanna hear it. Local alt-rock quartet Ana Log has made it no secret that their sound is heavily influenced from two decades ago. But in a town where everyone is reminded of the Gin Blossoms, wouldn’t you want to try to create something more original? Apparently not. Alt-rock is safe, easy, predictable…and dead. The attempt to resurrect the sound falls short in Ana Log’s self-titled debut release. We hoped for the Blue Album, but instead we were given Pinkerton.

The musicality of the band is not in question and the roles are well defined. Matthew Lissy offers up riffs with a great contrast of distortion and ambience. Josh Bors lays down groovy and chunky bass lines coupled with Jacob Reber driving on drums. Melody Michelle leads the charge with her contralto style on vocals. But the accolades stop there. It seems a bit selfish for all five songs to revolve around what sounds like an old, tumultuous relationship built on lies and distrust. It’s a form of catharsis that’s been played a thousand times over…(yawn). As a result, the songwriting suffers lyrically and ends up sifting through the scrap heap for a new way to sing about the same thing for just under 20 minutes. A simple blog post can cover the subject matter in less time.

“Hold On” grabs your attention with a bait-n-switch tactic. The guitar intro is exciting and builds anticipation like the initial ascent of your favorite wooden roller coaster. But wait, they’re alt rock. So instead of getting the rockin’ adrenaline rush of the big dip, you’re served an elongated spiraling descent into nostalgic mediocrity with minimal G-force. No need to hold on here. “White Lies” would honestly be a great track if it was kept to an acoustic guitar and vocals. Michelle’s “oooh” is soothing and Lissy’s guitar work beautifully in tandem. The line “I needed you to save me, but you never came” seems a bit desperate. I quote Stabbing Westward: “So just save yourself!” Next!

A woman knowingly getting involved with a player and hoping for something more takes form as “Lady Killer”. This track is sure to generate a few snickers from the male contingency at ASU. Lyrically weak and sometimes rushed to make words fit, it deserves a retort from Henry Rollins in the form of “Liar” promptly.

“Believe” is probably the stand alone track on the EP, reminiscent of Lone Justice’s “Dreams Come True”. However by the time we arrive at this track, the horse has been shot, stabbed, beaten, kicked, and ready for the glue factory. We get it…you’re hurt.

“Runaway” is a most welcome yet short conclusion to the fodder of this album. The opportunity to shine and exorcise all the demons with a killer and extensive instrumental after the second verse is missed. Instead, the track and moody vibe ends as quickly as poisonous leftovers being shoved down the garbage disposal in The Good Son.

Sadly, the album also suffers from lack of thorough production. I can hear the potential, but it’s as if the band didn’t give a shite about the “screwdriver work”. As a result, the product comes out flat dynamically. The drums benefit the least with lack of panning, hollow and sometimes annoying cymbals, and a snare that barely cuts through the mix. In some of the rockier moments, the vocals fluctuate in volume and are in constant battle with the guitar, thus causing listener fatigue. Ironically, the band chose an all digital studio with Blind Dog instead of opting for the warm, direct reflections of analog tape for their debut album. Another lost opportunity at resurrecting that 90’s sound that you love so dearly.

In conclusion, Ana Log’s first time at the plate results in a splintering of their Wonderboy bat and just barely getting on to first base. Hopefully, the gang will take the time to fashion a Savoy Special for the next release and knock the lights out of the park in a shimmering shower of sparks and glory.

Preview tracks from the new EP through Bandcamp here and decide for yourself.