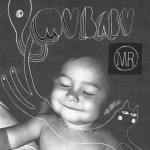 The shoegazey bedroom popsters of Bear State are at it again. It was just last July that the Phoenix four-piece shared their new single “Wish You Were Dead” and they’ve returned in August to offer fans another new track. I’m hoping this means there is a new Bear State album on the horizon. “My Baby” merges super cool and super mellow sounds for a track that proves more meandering than meditative. I dig it and you will too. Listen to “My Baby” here. Stick around for the demo version of “My Baby” which comes complete with infant-squawking and dish-cleaning noises. 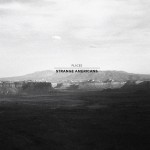 The Denver alt-country rockers known as Strange Americans released a limited edition 7″ vinyl at the end of August. “Places” offers fans a new version of an early track from the band set in gently moving Americana. I also enjoyed the B-side number. “Railroads”, a previously unreleased track, has a more salt-of-the-earth feel than its indie-infused neighbor, “Places”. You can preview Places by Strange Americans here and don’t forget to procure your own copy on vinyl. 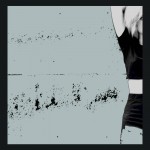 Phoenix singer-songwriter R.Ariel has been engaging in some adventures at home and abroad since we heard from her last. Her latest recording effort, This World,  is due out later this month, but fans can get a sneak peek with the first single from the new project. Dark and dreamy, “Gone” definitely drifts along the more experimental tides of the indierock ocean. Listen for yourself here and pre-order your own copy of This World. On cassette, of course. 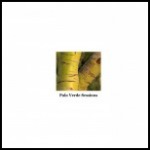 “It’s Alright with Me”

Brooklyn-transplant Keith Abbott is bringing his Appalachian folk to Tucson and I, for one, couldn’t be more thrilled to have the singer-songwriter in our dusty desert. “It’s Alright with Me” has a rawness that gives it a certain veridic quality. Moving and understated, “It’s Alright with Me” captivates the listener with a story-telling lyricism and Abbott’s distinctively grizzled voice. Listen for yourself here. You won’t be sorry. 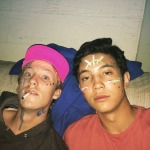 “The Village Raised a Druggie”

I’m a big fan of the rambling, half-spoken, half-sung musical style of Banshee Speak. “The Village Raised a Druggie” manages to convey a strange listless quality that perfectly embodies the angst of the post high school years. On the one hand, I want Banshee Speak to get their proverbial shit together and take music seriously enough for a full LP. On the other hand, I worry that they’ll get serious and lose that feeling of easy-going summertime boredom that sometimes strikes midsemester. Listen to “The Village Raised a Druggie” here.