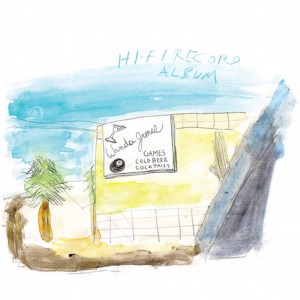 The Wanda Junes, those alt-country sweethearts from the Old Pueblo that first captured our hearts (and attention) with Live at Tempe Stallion Ranch, are back with a new full-length released through Flagstaff’s Emotional Response Records. The new record, efficiently titled Hi Fi Record Album, features some of the songs from their earlier release in addition to several new tracks. “Grand River Saloon” kicks off the album with a downhome-in-the-desert feel. The second track, “Two Birds”, says “I can’t wait to piss on your grave” in the prettiest way possible. The following song, “Bucket”, is a personal favorite I was first introduced to on Live at the Tempe Stallion Ranch. New favorites include “Miner” with its haunting vocals and the dusty number, “Ain’t Born Alone”. Hi Fi Record Album was recorded at Tempe’s 513 Recording and features Valley musicians Lonna Kelley and Matt Wiser in addition to the stellar cast of players that makes up The Wanda Junes. Preview (and purchase) the album here. It would definitely be worth the drive to Tucson on Sept. 19 to check out The Wanda Junes live for the album release. They’ll be performing along with Ex Cowboy and Louise Le Hir, two Tucson favs. More info on that event here. Otherwise, you’ll have to wait until Nov. 6th when The Wanda Junes head to Phoenix to perform at Valley Bar. Mark your calendars! 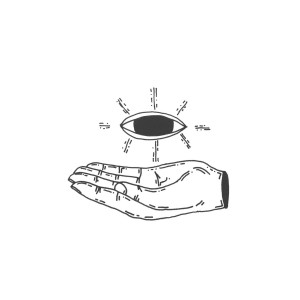 The dreampop of Flower Festival definitely heads in a more effervescent direction than other shoegaze acts despite a tendency towards depressive lyrics. Cry Baby opens with “What a Sob Story” which makes the listener suddenly want to dance… until, that is, the lyrics sink in. Then a mixture of dancing and crying might be required. “I Don’t Matter” is both lyrically sparse and poignant, offering listeners a meditative experience; mellow and spaced out yet strikingly beautiful. Overall, the EP could be described as such but the underlying theme of self-depreciation makes the music a little too self-conscious to be truly meditative. The excessive modesty extends beyond Cry Baby  to the band’s public announcements of the EP and subsequent singles and videos. For example, Flower Festival annouced through Facebook a “new video for my lame new song” or “dumb new album. cry baby.” The affectation seems a little contrived at times and threatens to downplay the album by presenting more of a gimmick than an authentic of expression of self, but once you listen to Cry Baby you get swept along in the sea of doubt set to the rhythms of dreamy and compelling music. I definitely recommend giving Cry Baby a listen for yourself. You can preview and purchase the new EP from Flower Festival here.

When We Were Animals

Dirt Moon achieves a striking balance of hard and mellow rock on their new EP, When We Were Animals. Melodic and dark, When We Were Animals secures Dirt Moon a place amongst my favorite local alt-rockers. The album opens with “Speechless” with the aggressive, grungy acoustic rock the Phoenix five-piece is known for, but with a totally pro recording. Fans of Dirt Moon got an early sampling of the second track, “Palinopsia/Wretched Tune”, back in February when the band released an earlier version of the track as a single. The new recording includes an extended piano outro and a slightly different name as well as a smoothed down sound that helps define the EP overall. Which leads me to this: the latest EP from Dirt Moon has a much more professional sound than previous releases. That’s not to say I wasn’t about 2013’s The Cover Story – I was – but I’m glad to see the band stepping it up. And When We Were Animals is a decided step in a good direction. The EP follows suit with early releases from the band and was recorded with a friend (Kyle Francis) at various houses around the Valley. With four of the five tracks on When We Were Animals clocking in at over four minutes (or five or six!), this EP is a hefty listen you’ll want to sit down with or, better yet, drive around listening to with the volume turned up. Get your hands on When We Were Animals (digitally speaking) from Dirt Moon here.