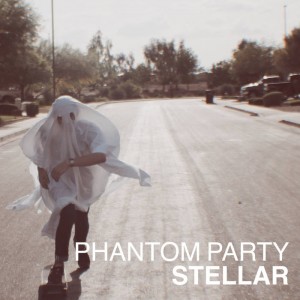 The infectious surf guitar that kicks off Phantom Party’s debut release tells you everything you need to know about this record, in the best way possible. That jittery riff, drenched in thick reverb and dense atmosphere, makes “Catholic School” totally irresistible, and if there was any justice in this world, it would be the inescapable song of summer for 2015. The rest of the record is just as impressive, offering dark surf tunes that should make fans of The Growlers or early Wavves very happy. And like those bands, Phantom Party fills their upbeat tunes with introspective, often dark lyrics, like this verse from “Catholic School”: “I hope that Mother Mary forgives me/ For losing faith when I was seventeen/I got on my knees and I sang a hymn/I was born in purity and I was raised by sin.” This Phoenix four-piece recorded the record themselves in their bedrooms over the course of two days, and this is one of the best local records I’ve heard in a long time. I’m very excited to see what they do next. Listen to Stellar from Phatom Party here. 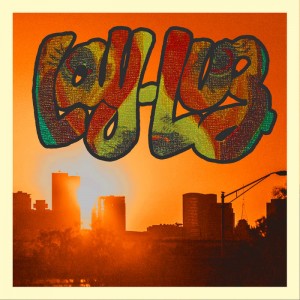 This record sounds like it was custom made for the drive on the I-10 headed to California, recalling the sun-bleached desert and the heat mirage roads, leading to an ocean oasis not far away. With their warm echo-chamber vocals and fuzzy, vibrato-heavy guitars, Lay-Luz have crafted a perfect summer record. The breezy “Adonis” kicks things off right, with a surfy drum roll and infectious “whoa whoa whoas” from singer Hans Miles, bassist Brandon Altopp and drummer Grant Hiiva. The rest of the album keeps a similarly hazy and low-key feel, though they add in dashes of punk intensity and brooding psychedelia. A great listen. Check out the self-titled release from Lay-Luz here.

With a name like Surf and an album cover featuring a bleached out photo of palm trees, you’d think Locals would be lightweight, summer jams. But instead, Aaron “Surf” Tijerina has crafted a deeply personal record, highlighting his love of the ocean and seaside towns he frequents for surfing. Backed by little more than a reverby guitar, light drumming and the sounds of the ocean, Tijerina lays out his somewhat mystical feelings about the sea, while the music nods to mellow reggae and funky-folk. The record is perhaps best explained in the opening lines of “National City,” where Tijerina croons “Moving up the coast/Searching for freedom/I think I found myself/Or at least I can see him.” A perfect record for chilled out summer nights or slow drives up the Pacific Highway. Listen to Locals by Surf here.