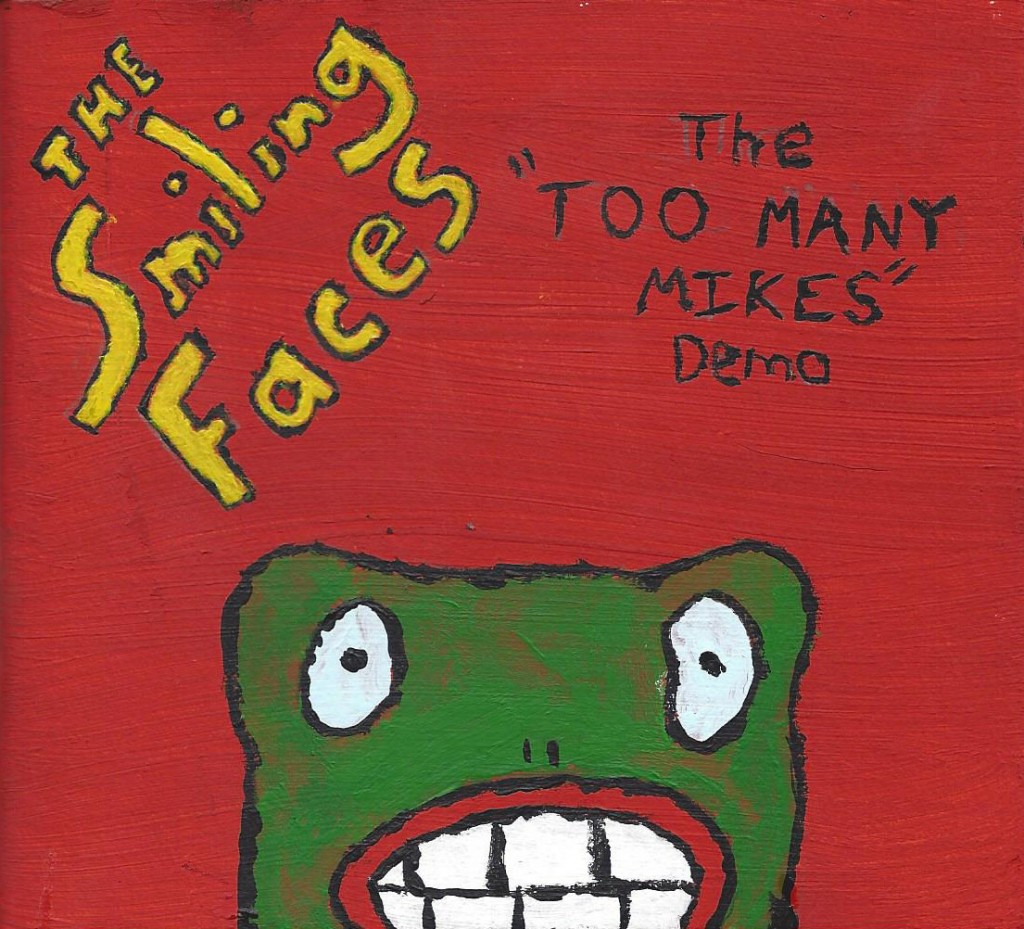 I love listening to demos. I mean, really, really love. Why you ask? Well I’m gonna tell you.

First off, I enjoy the simple raw sound – the absolute embryonic essence of a band putting down its very first footprints on tape. Er, digital, something or other.

Secondly, it takes balls. Real big huevos. Because, while you (the band) may feel real good about the songs, the listening mass will not think about it (the demo) that way. They will have one of two thoughts regarding the recording:

1. It totally sucks
2. They will love it

Like I said, big balls. Which brings me to Smiling Faces and their demo, “Too many Mikes”.

I loved it. It’s raw. The lyrics and musicianship is terrific.

Why you should listen:
Because these guys – Eric Gallagher, Josh Kelzer and Benjamin Arthur – lay their souls bare on these four tracks.

If you’re a musician, take a cue, because it’s not the layering and layering of tracks that make a record. (BTW, a demo in the hands of the wrong engineer/producer is doomed, this one, was in the capable fingers of Russ Hill and Oliver Lemke at Krieger’s Lab. Good job, guys.

Think the raw vocals of The Dead Milkman meet the jingle jangle guitars of The Meat Puppets. High praise, but these guys got potential.

Pretty much hanging out, chilling. Preferably with the rain pouring down, smoking Lucky Strikes.*

Listen to The “Too Many Mikes” Demo by The Smiling Faces here.

*YabYum does not encourage the smoking of cigarettes. And stop giving them to our editors.