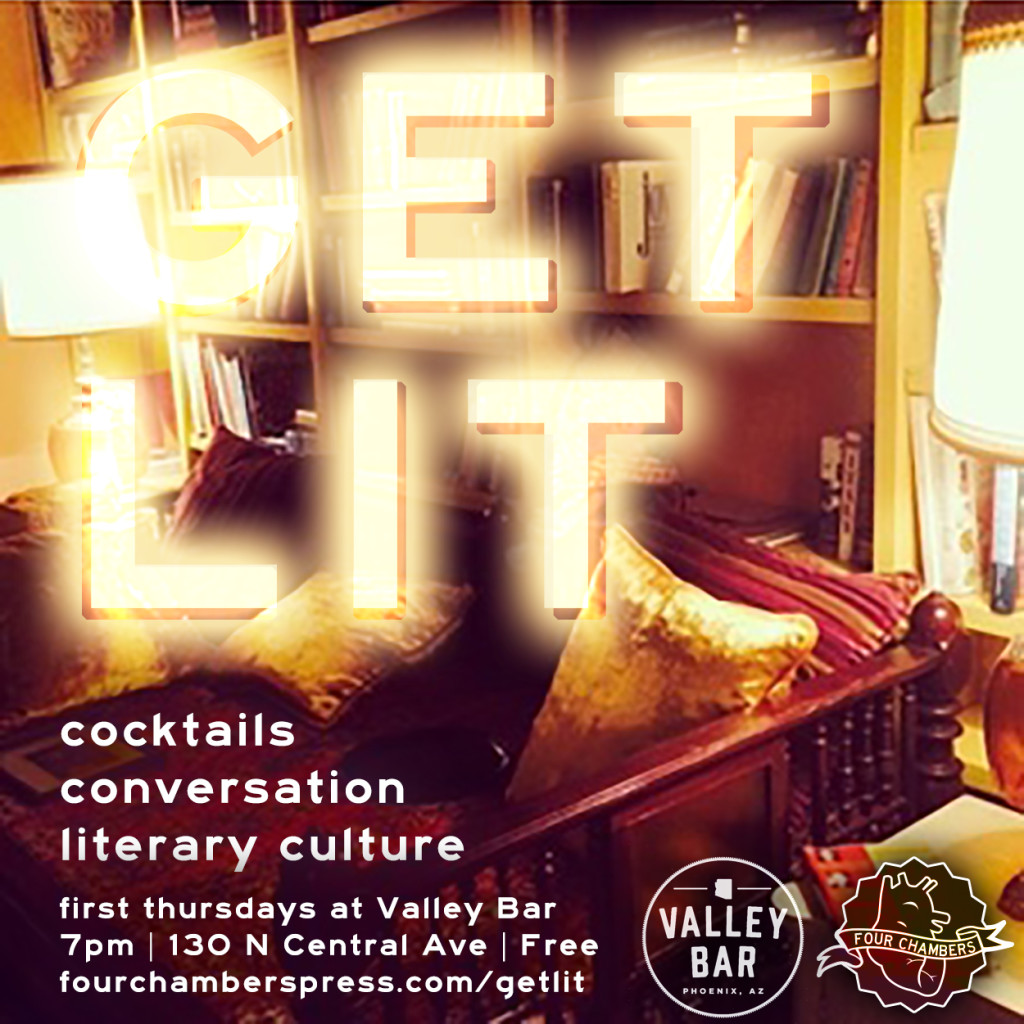 Four Chambers Press ignited a quiet, caliginous corner of Valley Bar last month with Get Lit and they’re ready to do it again. Valley Bar’s quaint Rose Room with its towering bookshelves, antique end tables and lamps is the perfect space for the monthly gathering of the literary minds. The event is hosted by the Phoenix-based literary magazine, Four Chambers, and a featured guest host every First Thursday of the month. The discussion night is inspired by the literary and philosophical salons of 17th century France.

For July’s Get Lit, the guest host was Rosemarie Dombrowski, an ASU Lecturer who holds a Ph.D. in American Literature and is deeply involved in the Valley’s literary scene. The question of the night was, “What makes a Literary Artifact?” This set the packed little room aglow with proverbial lightbulbs. Everyone was welcome to join in, share their gleanings, and bounce off the ideas of others. After enough cocktails, practically everyone had something to contribute to the conversation.

If the success of this event was any indication of future Get Lit occasions, this Thursday’s Get Lit promises to be another stimulating and engaging evening. Local poet Tristan Marshell will be the featured guest for the August installment of Get Lit. The proposed springboard questions included: “What is creativity? How is it affected by intelligence, imagination, and experience? How can we focus on experience to create credible work?”

The intention of Get Lit and all Four chambers events is to “give greater visibility to the literary arts and encourage their larger participation in the cultural scene.” With that said, Four Chambers encourages everyone and anyone to Get Lit. Look for info this month’s Get Lit and other literary events on Four Chambers website here.