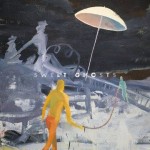 The Tucson duo known as Sweet Ghosts first captured our attention with their 2014 full-length release, Certain Truths, and now their getting ready to unveil their new recording efforts. We couldn’t be more excited. The first single (set for release on 7″ vinyl on Sept. 4) shows Sweet Ghosts have used the past year wisely, cultivating their musical chops and infusing their Americana musicality with indierock influences for a new, and much more unique, sound. If “Wreckage” is any indication of what’s to come from Sweet Ghosts, fans of the act are in for a treat. Check out the single here. You can purchase the single on Sept. 4 and you’ll also receive the new EP from the band digitally. Catch them live on that date in Phoenix at the Rebel Lounge. Head out to catch them live! 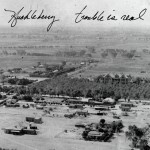 Another single bodes well for September releases to come. This time it’s Huckleberry, Tempe’s Americana sweethearts, that is set to unleash their much-anticipated follow-up to 2013’s Fine Highway. “Trouble is Real” is the first sampling of their new release, recorded with Jalipaz over at Audioconfusion. The downhome feel is embodied more by the easy-going nature of the new single rather than the the distinctive country roots we heard on the last album. This song is a summer day complete with a heat-haze dreaminess and retro rock feel that will awaken your inner hippie. I’m definitely digging “Trouble is Real”. Hear it for yourself here. Watch for the album which is due out this coming September! You can pre-order Problems here! 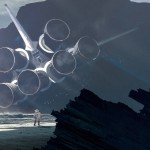 The first single from the new Day Before Plastics’ album, Explosive Sadness, is now availalbe for all you DB4P fans! “Space Beach” The Phoenix band released their debut EP last summer and this new track presents a more soldified sound. The alt-rock music of Day Before Plastics has a beach-jam feel perfect for a summer day road trip or backyard BBQ. I can’t wait to hear the rest of the album. Rumor has it, the new album will be a full-length release, a first for the band. You can catch Day Before Plastics live on Friday, Aug. 14, at Yucca Tap Room with Captain Squeegee, Fairy Bones, Genre and more! Until then, you can hear “Space Beach” here. 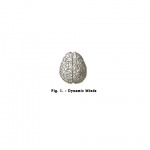 Tucson singer-songwriter Clay Dudash holds to a lively balance of folk and indiepop, but his most recent single shows Dudash is ready to kick the party up a notch. For the track “Dynamic Minds”, Dudash joined forces with labelmate The Original Saku and producer Loop Analysis. Clay still brings his unique vocal stylings and catchy lyracism to the table while turning the dance-ability way up. Hopefully the new single means there’s another album lurking on the horizon as follow-up to 2014’s Keep You Company, an album I’m still listening to 18 months later. Check out “Dynamic Minds” for yourself here. 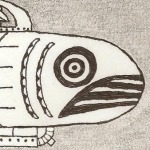 This sweet and short number from Phoenix singer-songwriter Dustin Youso has already received quite a bit of air time down at YabYum HQ. “The Good Life” brings me back to the early days of indie rock and Brit pop. Youso has a vocal style that oscillates between cool guy detachment and sentimental engagement. That’s a combo few artists can correctly embody, but you can hear it throughout “The Good Life”. I’m hooked. Listen to the track from Dustin Youso here. Listen to it often.