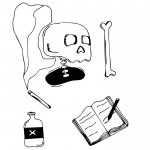 “Wish You Were Dead”

The lofi bedroom pop of Bear State is perfect for initiating drift-mode in your brain. We first starting following Bear State after the release of their 2014 EP, Hello Alexander, although it was the Strange Feeling cassette tape that first marked the band’s recording efforts in 2013. “Wish You Were Dead” is a meandering shoegaze number that approaches the listener like a dream: stark and perhaps a little dark in its undertones, an experience best understood by the subconscious. Don’t just listen. Absorb. You can check out “Wish You Were Dead” here. You can (and should) catch the band live on Aug. 29th at 51 West. More info about that event here. 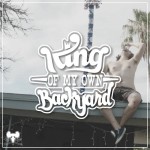 “King of My Own Backyard”

Local hiphop allstar Mouse Powell released this new summer classic just when you thought the heat was going to break you. Now you can chill out and jam with “King of My Own Backyard”. You know, if “chilling out” and “jamming” are words you use. I do so I’m digging this new number. You can check it out for yourself here. And, did I mention, there’s a video too. You can check that out here. 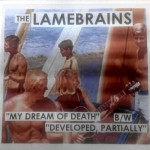 Despite the somber name, “Dream of Death” actually has a punk-tinged summertime surf feel. The track achieves a musicality that is slightly bored and way existential. A fantastic combination for the angsty generation… which might include everyone born in the last forty years. The Lamebrains might be new on the Phoenix scene but they’ve already made an impression on me with this first release. Listen to “Dream of Death” on Bandcamp here and, while you’re there, check out “Developed, Partially”, the single’s feisty b-side track. This latter song definitely embraces more of a traditional punk sound. 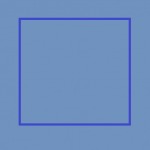 The talented Zubia family is known throughout the state and beyond for their music-making abilities. Now it appears as if the tradition will be continuing on with the up-and-coming generation. “Afternoon Tea” offers Dani Mock-Zubia performing a song written by her father and uncle (Lawrence and Mark of The Pistoleros / The Persuaders fame). Dani nails the track with her own distinctive vocal style and establishes herself as a performer in her own right. Lawrence Zubia makes a cameo appearance on the track as well. “Afternoon Tea” is a must-hear for all you Tempe music aficionados. Give it a listen here. 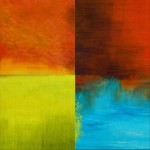 We don’t get a lot of chamber music, or classical music for that matter, here at YabYum so this single from the Mill Ave Chamber Players was a real treat. “Navajo Mandala”, originally composed by Kerry Turner brings a little bit of the Southwest to a European drawing-room and the Mill Ave Chamber Players really bring the piece to life. The instrumental number clocks in at over nine minutes so prepare to go on a short journey through a vibrant soundscape. You can hear “Navajo Mandala” for yourself here. I also recommend checking out their 2014 self-titled release while you’re on their Bandcamp page.