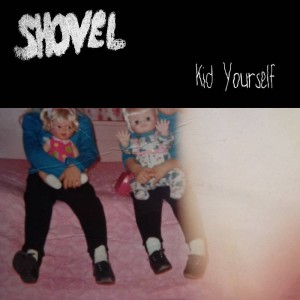 The two-piece punk powerhouse out of Phoenix known as Shovel unveiled their first full-length release in July. The 13-track album was recorded and mixed in just one day by Jalipaz over at Audioconfusion. On Kid Yourself you’ll find stripped down punk that doesn’t skimp on the aggression while reverb heavy vocals add to the overall dissonance for a nice effect. The album opens with the song “Dweeb” before storming into “White Lightning”, one of my personal favorites. The band threw a few choice covers into the mix including The Cars’ “Just What I Needed” and Crime’s “Piss on Your Dog”. Shovel brings the same energy heard on Kid Yourself to their live performances so make sure you get out to a show sooner rather than later! Lucky for you, the duo has quite a few shows lined up including Sept. 5th at Rips, Sept. 12th at the Yucca Tap Room, and Sept. 19th at the Time Out Lounge. Choose your Shovel adventure and get out there. Until then, you can check out Kid Yourself here. 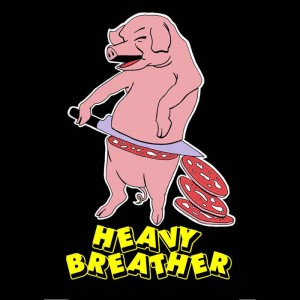 The furious five-piece out of Phoenix known as Heavy Breather released their first full-length in July. Slow Dime is a riotous collection of old school hardcore returned for contemporary punk rawkers. The band released a five track EP back in February called Fast Nickel. Those tracks are included on the full-length in addition to seven other previously unreleased songs. The album kicks off with “Surprise Bag” and you’re immediately assailed by the contentious rock of Heavy Breather. From the demonically-charged “Eyes of Satan (Pagans)” to the angsty song “Pity Party”, the band keeps the energy level turned way up. You can expect the same of their live shows so if you dig the album make sure you head out to see Heavy Breather in person. Get your hands on Slow Dime here where the album is also available for previewing purposes. 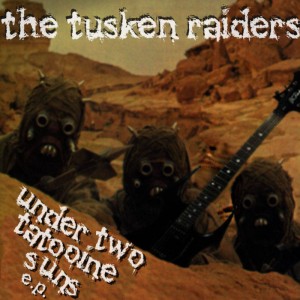 For those of you unfamiliar, the Tusken raiders (or Sand People) are the nomadic people found on Tatooine in the Star Wars universe. The Tusken Raiders, on the other hand, are a “digital violence” band hailing from good ol’Phoenix, AZ. Now, there are some marked similarities between our dusty desert and the desolate land of Tatooine. They’re both deserts and their both subject to an unrelenting sun (or suns). The opening (and title) track visits this parallel. The song could easily be describing our own desert until you get to the very last line. The lyrics are sparse and wouldn’t necessarily bring about an instant Star Wars association were it not for the sound effects. BTW, props to The Tusken Raiders on their use of Star Wars sounds throughout the album, including light sabers and what might be a Bantha. Under Two Tatooine Suns definitely leans more to the metal side of the feisty spectrum, but The Tusken Raiders incorporate make interesting use of electronica elements in their raids and rage. Give Under Two Tatooine Suns a listen here.