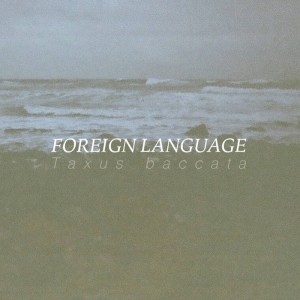 Brace yourself for the sweeping beauty of Foreign Language, the latest project from Kristina Moore who captured our music-loving hearts with Where are All the Buffalo? Opting for a new moniker as well as a shift away from the accordion-centered musicality,  Foreign Language released their debut album, Taxus baccata, at The Trunk Space on June 27th. The album offers listeners ten tracks of softly moving ponderings vivified by the esquisite vocal stylings of Moore. From the summer-warmed opener “Movement on the Beach” to the ethereal harmonies of “Oshima”, which closes the album, Foreign Language surrounds the listener in a sensory ocean that emotes from its core. Selecting personal favorites is rather difficult given the seamless nature of the album when taken as a whole but I’m partial to the bi-lingual “Agnieszka, Rozumiem” which features Moore singing in both Polish and English. The album is available here for preview and purchase. I, of course, had to have the Foreign Language cassette of Taxus baccata available through The Paper Knife. If you want your own copy on tape, I suggest heading out to catch Foreign Language live ASAP. You won’t be sorry. 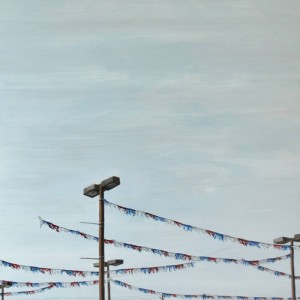 The five-track release from There is Danger opens with the title track, “Gold Mine”, which immediately sets a mellow pace for the subtely revealing beauty of the songs to follow. Released at Valley Bar on May 29th, Gold Mine has enjoyed considerable air time down at YabYum HQ since the release show. The tempo picks up slightly on “Unless” and “Invisible” without sacrficing that otherworldly musicality that defines the unique sound of There is Danger. “Halloween” and “Youth” are currently tied for my favorite track on the EP. I definitely suggest getting your hands on a copy of Gold Mine from There is Danger. The EP is available for preview and purchase here. And, if you haven’t done so already, make sure you see this band live as soon as possible. The release show for Gold Mine will forever live in mind as one of my favorite Phoenix shows. Ever. 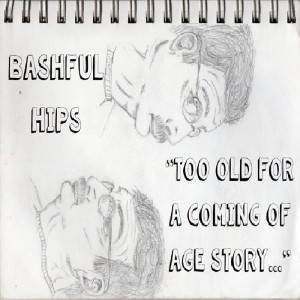 Ian Fellerman is the central figure in Bashful Hips, a dreamy electropop act out of Denver. Fellerman approaches the bedroom electronica as a singer-songwriter rather than a mere manipulator of soundwaves. Each song on “Too Old for a Coming of Age Story…” reveals a painstaking attention to lyrical craft. His topics range from atheism to class warfare to environmental destruction and all serve to draw you in further to the ambient soundscape created by Bashful Hips. “Too Old for a Coming of Age Story…”  conveys a year in the life of the artist faced with love lost and entrenched in the existential struggle. With songs like “Dying Oceans, Poisoned Seas and You”, “My Intentions were Good, but Fuck Me (Parts I & II)” and “The Deadly Depression of a Sad Salesman” one can quickly discern that this is not intended to be the feel-good album of the year. No, that’s not Bashful Hips, but you will find beauty in the darkness. That, folks, is what makes Bashful Hips: the beauty in the darkness. Give “Too Old for a Coming of Age Story…” a listen here.