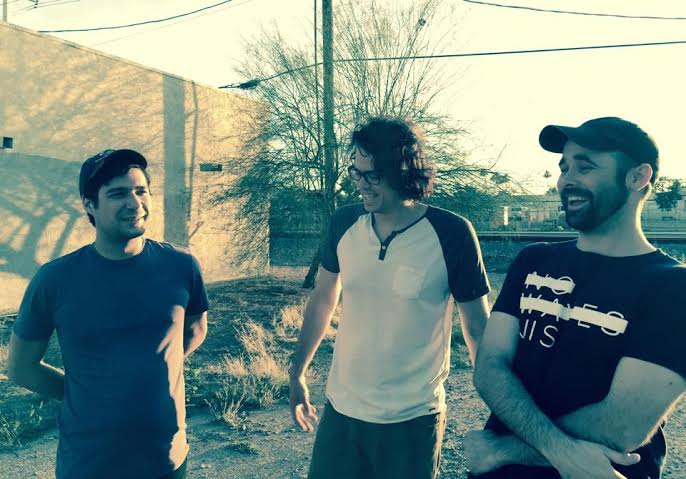 The melodic rock of Twin Ponies has been a viable presence in our scene since the band formed in 2013. They followed up their debut release – Pores – with a split cassette also featuring Celebration Guns. This past Friday, Twin Ponies dropped their new EP, Friendly Pet Mass Graves, at The Rebel Lounge.

Song River for YabYum: Are you all native to Arizona? If not, where do you each come from?

SR: Musical interests growing up? What were they?

WJ: I was a huge Nirvana geek as a kid. I played in cover bands and spent some time in the high school jazz band. I later got into the punk rock bands off of the give ‘em the boot compilations. My life changed in the early 2000’s when I heard At The Drive In.

SR: How did the formation of Twin Ponies come about, and a little background on the bands name?

WJ: The band is mostly the leftovers of our old band Tugboat, but with the addition of Jacob Lauxman on guitar. The name was a vote. I really wanted our name to be The Street Drugs or Sweaty Hands or Black Toenail Heart, but those names didn’t really stick or seem to go with the music very well. Then one day Phil was at work comparing his ponytail with another coworker’s ponytail, and someone said something like, “Hey you look like twins… you got twin ponies!” And then we actually voted on that name.

WJ: This is what Google search turned up. I imagine this is what the author intended when we took that line out of context.
*unconventional or eccentric.
“an off-kilter comedy about living in mud”
synonyms: offbeat, eccentric, zany, unconventional, unorthodox, bizarre, weird,strange, funny 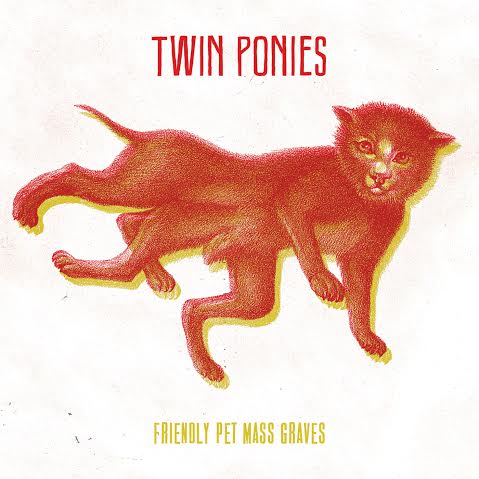 SR: If a club were to stumble upon your bio with words like, “obsess vocals, shifting meters, and unsolicited key changes,” would be they be looking for a ‘hoarse’ meter-maid giving unsolicited change to downtown parallel parking customers?

WJ: Yes! Unfortunately words have meanings. Let’s be clear though, I find the term meter maid to be a bit sexist and exclusive. We wouldn’t play a club that held such a skewed worldview. I don’t think we have enough compassion for people in positions of authority. It’s gotta be really hard to make your living by taking money from strangers just to enforce the rules, since there really is only one right way to live. [laughs] And I love a good solicitation.

SR: Claiming to blend in the 90’s… what part of the 90’s did you all bring forward? And does anyone still wear a flannel tied around their waist?

WJ: Some of the fuzzier or ‘riffier’ elements of our music are probably responsible for the vagueness of that claim. I’ve always preferred a hoodie around the waist instead.

SR: The music scene in general locally, how has it been for Twin Ponies?

WJ: It’s been great! There are a ton of great musicians here in our own backyard and each one offers something unique. We’re all different fruits you know?

SR: When someone attends one of your live shows, what can they expect? How do you connect with your audience?

WJ: Hopefully they’ll see a well-rehearsed live band. As for any sort of audience connection, we try to just be as honest as we can through banter or performance, keeping fluff to a minimum, which can be painful because we love fluff. [Flashed a wicked grin] Except for when said fluff is like the disappointment you feel when eating cotton candy as it evaporates from your mouth leaving you empty.

SR: This new EP, will it be your second or third? How are you counting them (Split from Celebration Guns)? Can you delve into this event at all and give further explanation?

WJ: This will be our second full-length EP. Our split with Celebration Guns was like an EP of an EP. It’s like those fun-sized candy bars where you get to have a little taste, but still pay a disproportionate amount of money, typically more.

SR: Talk a little about the new EP, Friendly Pet Mass Graves. Unusual title, any significance or relevance to a particular topic?

WJ: I had a dream where I was eating a puppy. This gray puppy with blue eyes was on a plate and as I took bites out of it, tears streamed down its face. I like the idea of animals behaving like humans or being capable of human things, since you know, they’re just pets at our mercy. Practically born vermin. Needing to exterminate them actually creates jobs, and some lucky folks get paid to gas them in mass quantities. It totally benefits us. They don’t have to count rats or mice in laboratories, they can just breed any amount they need, then destroy them without reporting a number after growing ears or genitals on their backs.

SR: A little Animal Farm in thought, Wayne. How many tracks on this particular release?

WJ: Currently there are four.

SR: You opened the tease of your new album by sharing, “Merciless and Masculine.” Why that track to begin with? Who wrote it, and give us a little nuance of its story.

WJ: It started as a riddle or a poem, then it failed its way into a song. The band wrote it together. It’s about being overly confident or posturing, then getting the wind knocked out of you, then maybe experiencing the sting of humility, but then also needing to save face by making threats of revenge. It’s like that fight you saw in high school where one of the parties involved was crying and screaming during the incident, while everyone just spectated.

SR: I know I have played the song over and over and each time I find I enjoy it more and more. It’s got the hook and bounce to keep you listening. How do you create a sound that is a hook? Do you set out on purpose to do so, or is it something natural?

WJ: Repetition is mostly responsible for what we perceive as a hook. It’s a club to baton people over the head with when you want their attention. You could have a subtle, engaging conversation that develops over time, or you could simply repeat yourself silly. It depends on your intention. Both are equally valid and can be done with good taste. Some hooks are in the vocals and some are in the instruments, or both. Whether we succeed or fail is up to the listener I suppose. I was recently told that artists are like sacrificial animals.

SR: What necessary parts must there be to make a song, an EP, a full-length album? Are there any components that you’ve found to be absolute in creating any of the above?

WJ: It’s all one big exercise in organization, or not. Each song, EP, or album is it’s own unique situation. As for what necessary parts are needed to construct them, I don’t feel fit to speak in absolute terms.

SR: Where do we find a new copy of the EP? Who produced it?

WJ: We’re self-releasing this one. You can preorder it from our bandcamp page. It was produced by the band.

SR: Any thoughts on producing a full-length album in the future?

WJ: We’re currently demoing songs to see what sticks. Our next attempt is intended to be a full-length album.

SR: Last question. Fried Pickles or Fried Twinkies? Which one wins hands down? And are they strictly a ‘carny’ food?

WJ: Do I have the option to reject? [laughs] I remember going to a carnival in Somerton, AZ as a kid. It was early in the morning and they were still setting up in Joe Munoz park. I offered to help a carnie wash one of the rides, so he gave me a free pass for the day in exchange. My younger brother was there too. We were like 7 or 8 years old. One carnie pulled his dentures out at us. Weird.

You can check out Friendly Pet Mass Graves here. For more information on the band, check out their Facebook page here.