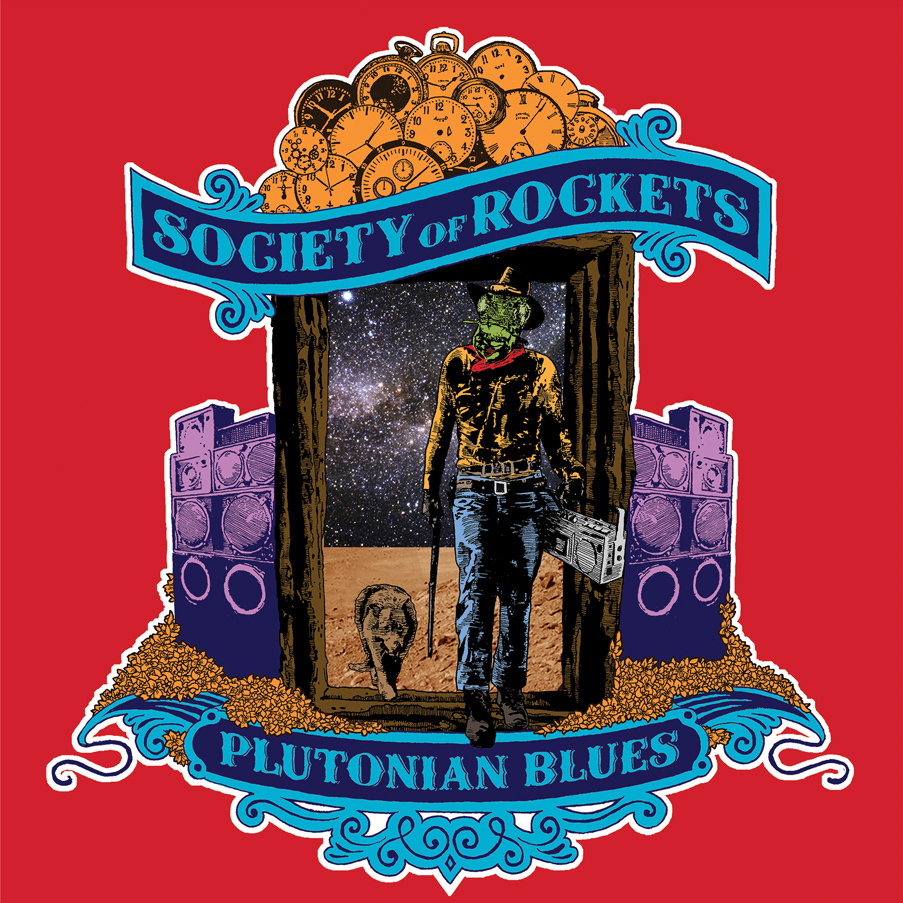 San Francisco’s The Society of Rockets has been churning out records since the mid-90s, ignoring the typical touring life in order to focus on their studio sound. Their deep discography boasts a wealth of psychedelic pop, steeping in the sounds of the late 1960s and early 70s. The band really hit their stride with the one-two hits of 2007’s “Our Paths Related” and 2010’s “Future Factory,” two great records that would delight any Elephant Six or Spiritualized devotee.

This year’s model, “Plutonian Blues,” finds the band moving away from their typical sound, instead focusing on vintage country and funk, while maintaining plenty of their spaced-out charm.

Opener “Country Dealer” is the best track on the record, starting out like some long lost country classic, and slowly unfolding into a beautiful, horn-laden, spaced-out honky-tonk. They immediately abandon this sound by the second track, however, for the old-school funk of “Runnin,” an almost shamefully faithful take on Curtis Mayfield’s signature style.

The record stays in “Super Fly” mode for most of the songs, including the excellent, Berry White-channeling “Telepathic Burnout,” and the funkalicious closing title track. While those songs are a fun ride, and the band certainly has the chops to pull them off, the record stays too long in this territory, offering a pastiche of 1970s funk that drifts towards style over substance.

When the record does returns to the country sound of the first track, the result is the lovely “Nice and Right,” a gentle rumination on the troubles and triumphs of life. The band would do well to explore this side of their personality a bit more, setting aside some of their genre-hopping nature and narrowing their focus on what they do well. But The Society of Rockets has always played by their own rules, so who knows what they’ll cook up next.

Give Plutonian Blues from The Society of Rockets a listen here.