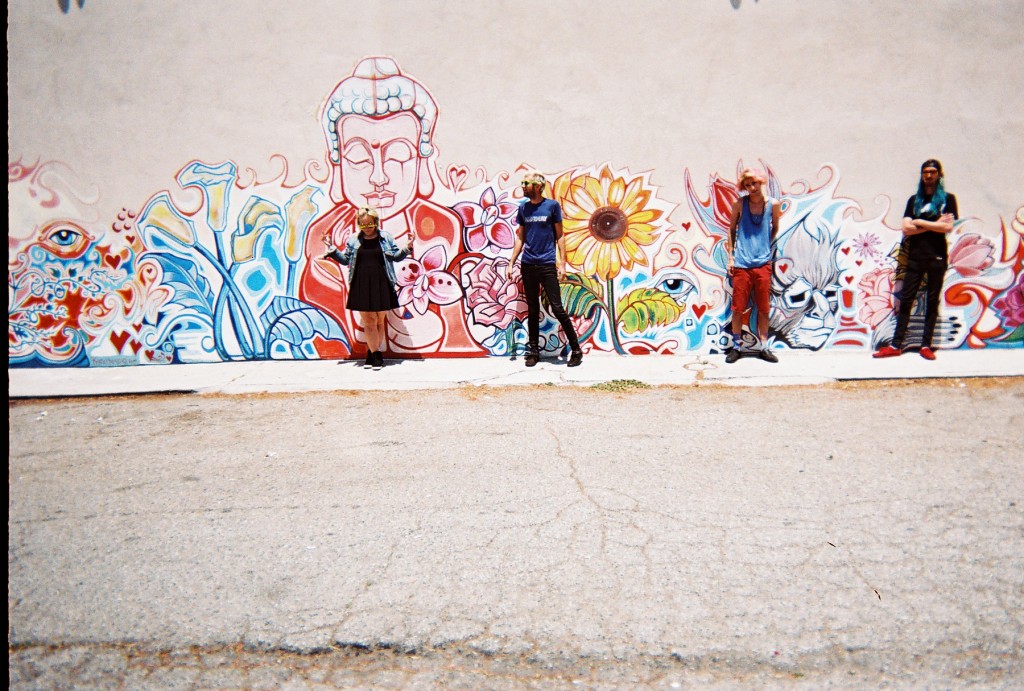 The Fairy Bones crew joined forces with Dadadoh for a whirlwind tour. We asked them to snap some pictures for us along the way. Armed with disposable cameras and a sense of adventure, they set forth. Chelsey Louise of Fairy Bones was kind enough to take time out of her busy schedule to answer some of our questions. Read the interview below and check out the tour photos the band sent over!

YY: What was your favorite spot to play? And why? Crowd? Setting?

CL: I think we collectively love Riverside, CA, Bisbee, AZ, and Albuquerque, NM. We’ve been to those places the most, so it’s always familiar faces, and they’re all very unique setting-wise. We met Charlie Moon some years ago and she runs a DIY type movement in Riverside, and the places she comes up with for us to play are always very cool and the people are always artistic and opinionated and amazing.

We play in Bisbee quite often because the people there are exceptional, it’s as if they were all pulled from very strange, different walks off life and all decided to create Bisbee. This time we played Bisbee Pride and it was LOUD AND BIG! We love Dana at Quarry and Anamieke with Sidepony! 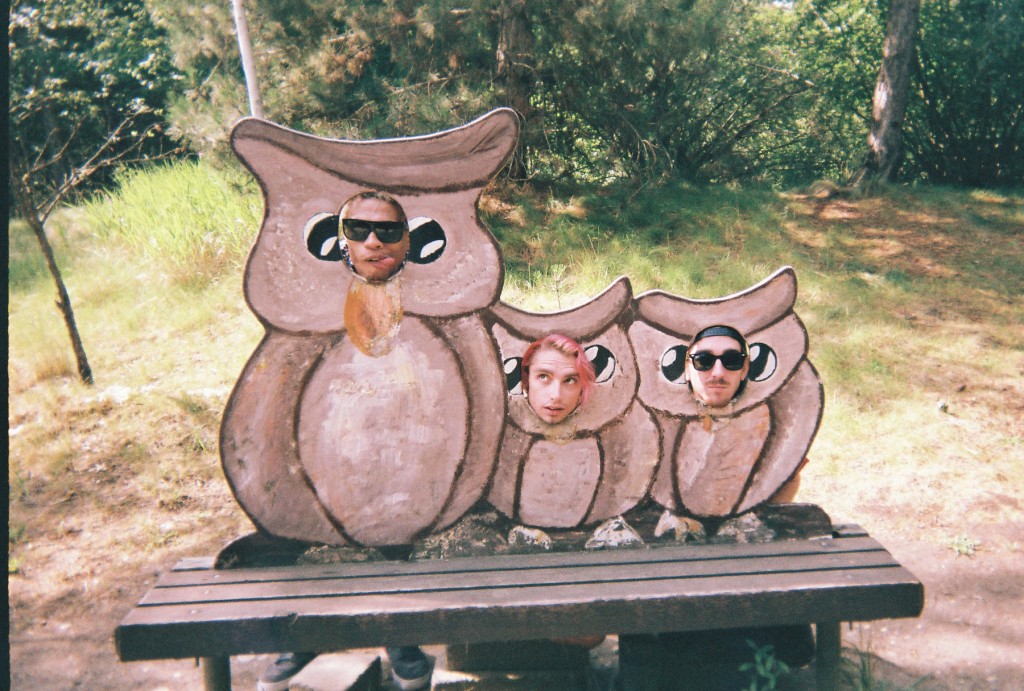 YY: Who were some of the bands you played with that really stood out?

CL: We really liked Drink Me from Albuquerque, Faded Leroy, a metal band from Boise, ID, The Burning of Rome and MADUS from Los Angeles, CA, and Trendy Dad from San Francisco, CA!

YabYum: I heard you were in San Fran when marriage-for-all was announced. What was that like?

CL: We were actually in a hotel in Salt Lake City, Utah, soooo, that was a much different experience. We were kind of like, “Should we leave here fast? Umm. Maybe..” But we were in SF after the ruling, and you honestly couldn’t tell the difference, which is so positive. Most of the people of SF are already living their lives as free as they want. There were definitely more rainbows, though.

YY: What’s next for Fairy Bones now that you’re back on home turf? 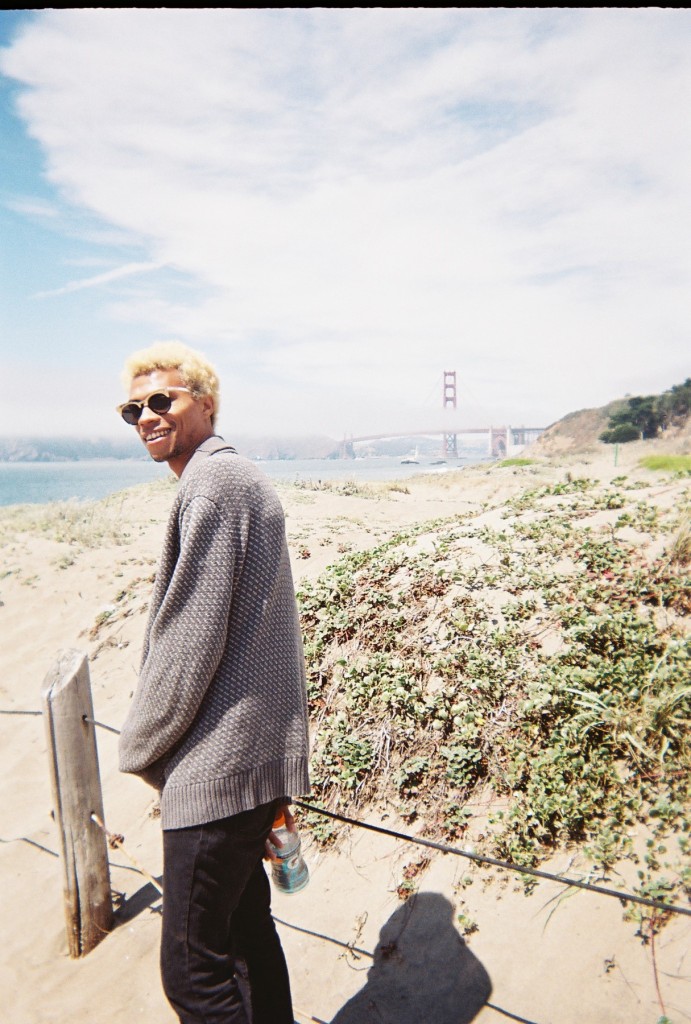 CL: We have a couple shows up until September and then we probably won’t be playing many shows till next year while we prep entirely new music! We’re currently working on music videos, we just released “Banshee,” and the next one up is our album closer, “Notes from Wonderland.” It will be directed and shot by Jim Hesterman, who has done many of our photos in the past, with collaboration from our body-painter friend, Brandon McGill!

YY: What did you miss most while you were away? The heat? Your own bed?

CL: My dogs and my bed, but the minute I get back I just want to go again. It’s addicting, even when it’s horrible.

YY: So, you guys live together and play in a band together. Were you pretty well adjusted to each other’s behaviorism’s before the trip? Or did someone start to get really annoying?

CL: Matt is consistently annoying despite his location. Honestly, half the reason this band works is because we get along so well. We all take the time and space we need when we need it and we don’t question each other if someone’s like, I’M GONNA GET THE HELL AWAY FROM YOU PEOPLE RIGHT NOW. We all know when it’s time to be a team.

YY: Judging from the pictures, it looks like you were able to take breaks from tour life (driving, performing, sleeping on floors, etc.). Could you share a favorite spot or two that you visited?

CL: We love Youngblood Productions in Albuquerque, NM. We’ve stayed their for a couple days at a time on two separate tours, and it’s fantastic. Ryan, the owner, is a fantastic producer and engineer, and he is very generous with his amazing house/studio. I highly suggest any touring band hitting him up about staying and even recording there if they’re traveling through Albuquerque.

We also love forests, gardens, beaches, anything that you can’t really get in Arizona. If we see some sexy looking grass, we make sure to lay in it. We stop and take in the sights, the air, the trees, the sand, we all reallllly love nature. Tour is a great nature fix.

YY: Joining Fairy Bones on tour was Phoenix hiphop artist Dadadoh. Was he the outsider-insider on the trip? Or is he now part of the Fairy Bones family?

CL: Dadadoh was already apart of the family before we went, we would never bring someone on tour if we didn’t believe in them. We have a little art collective called Bones Haus, which consists of photographers, makeup artists, musicians, and painters, and we basically all help each other out with our various ideas and projects, and Dadadoh is a big part of that. He’s also really great at back flips, which is never a bad thing.

YY: Any summer shows to speak of?

And we’re heading out to CA to do a mini-festival in September.

YY: Who wore the American sock/shoe combo [see pictures below]? Was that on the Fourth?

CL: Ben! And yes, it was the 4th of July. Ben and Robert have the greatest sock collection. We were actually hanging out on the beach drinking wine, which is apparently not legal, but it seemed pretty chill and we weren’t ruthlessly drunk or anything. Anyway, all of a sudden these cops start swarming the beach in cars. One goes by, I’m hiding the entire bottle of wine in my jacket, their lights are on, but they’re pointed towards the ocean. They ignore us, so we’re like.. well, okay.

Then another cop car comes by the other direction, same story. This goes on for about half an hour. Then helicopters start flying by very low and we’re like, alllllll right, maybe time to leave. There are boats out in the water with lights on even. The helicopter pilot gets on the loud speaker and asks us to evacuate the beach. So we bust out of there. Turns out some women was drunk and the last place someone saw her was the beach, they thought she drowned. We checked the news the next morning and it turns out she was hammered, stumbled into a strangers house, and slept on their couch.

In conclusion, Bens socks are great and he would like his nickname to be “Freedom Eagleson,” because there’s nothing more American than that.

Keep up with Fairy Bones here. 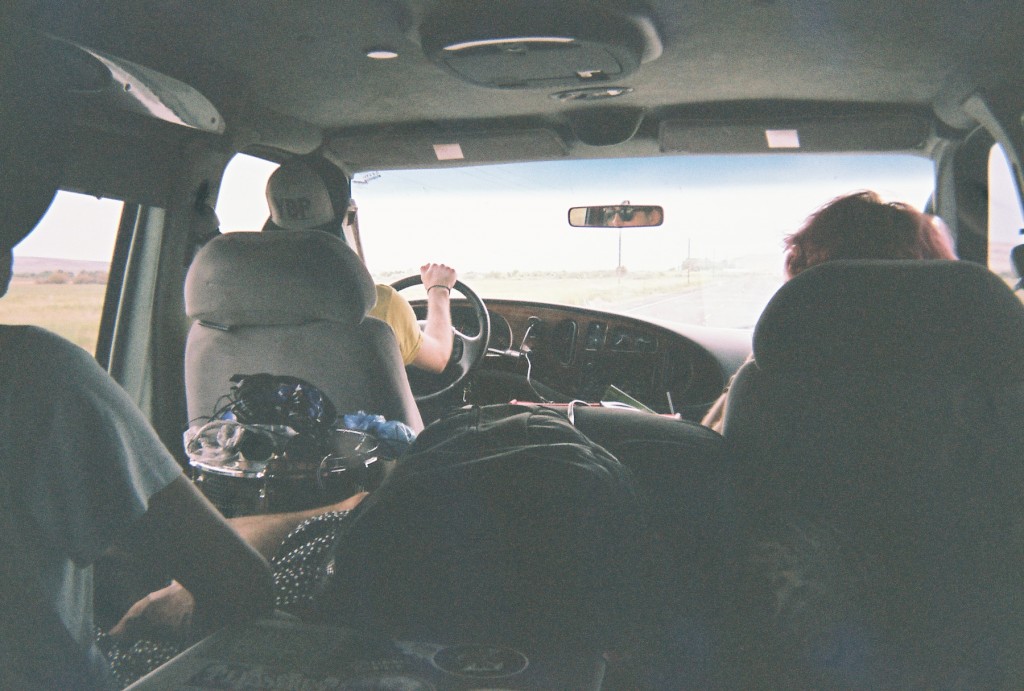 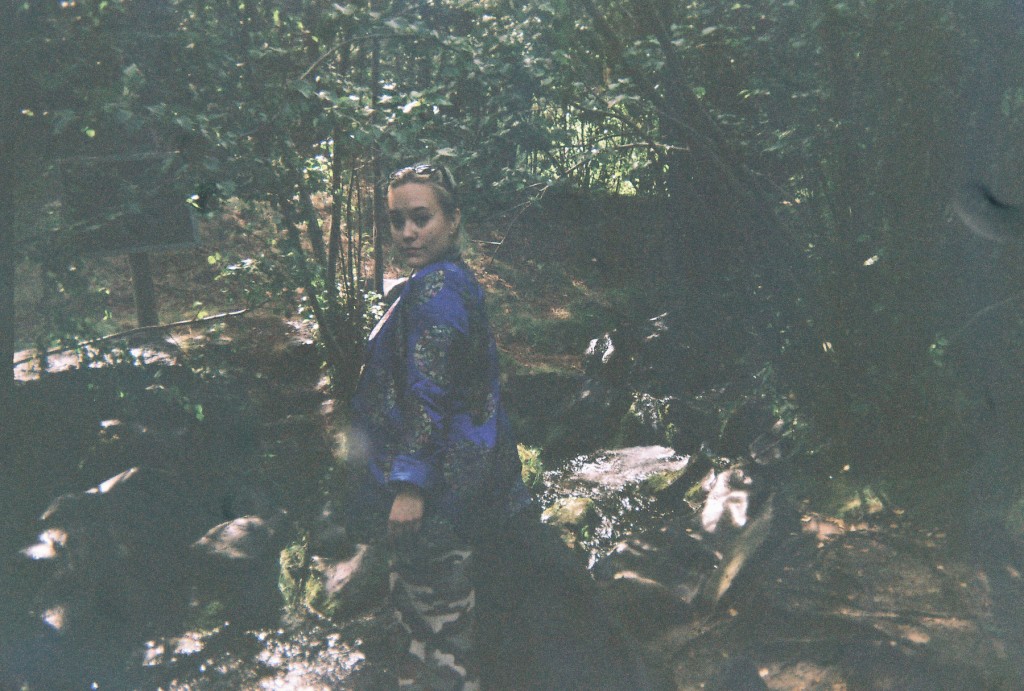 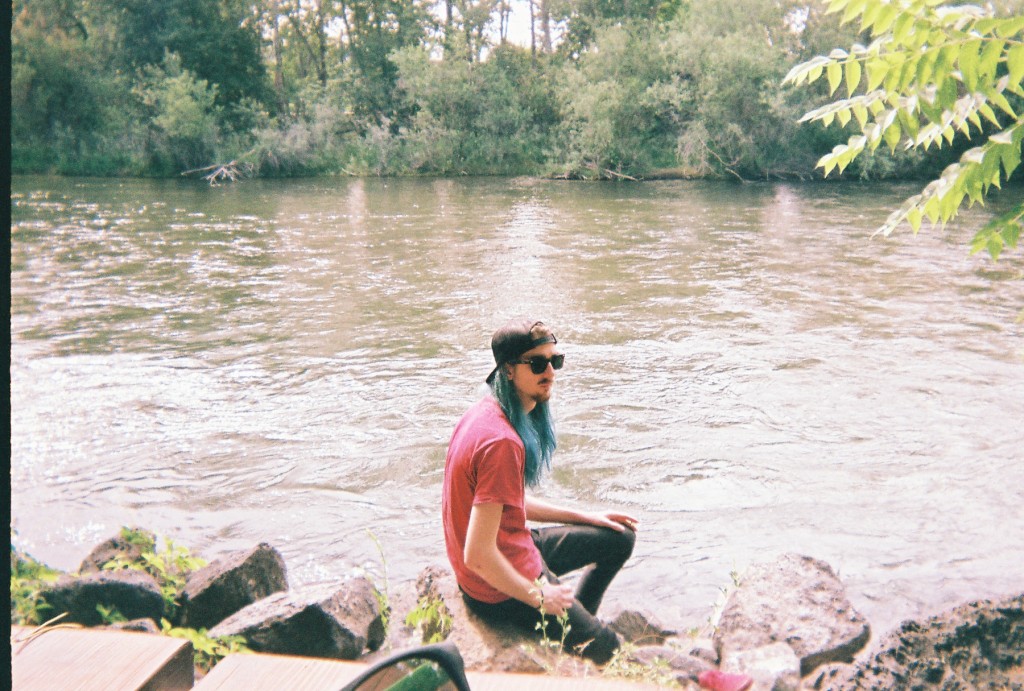 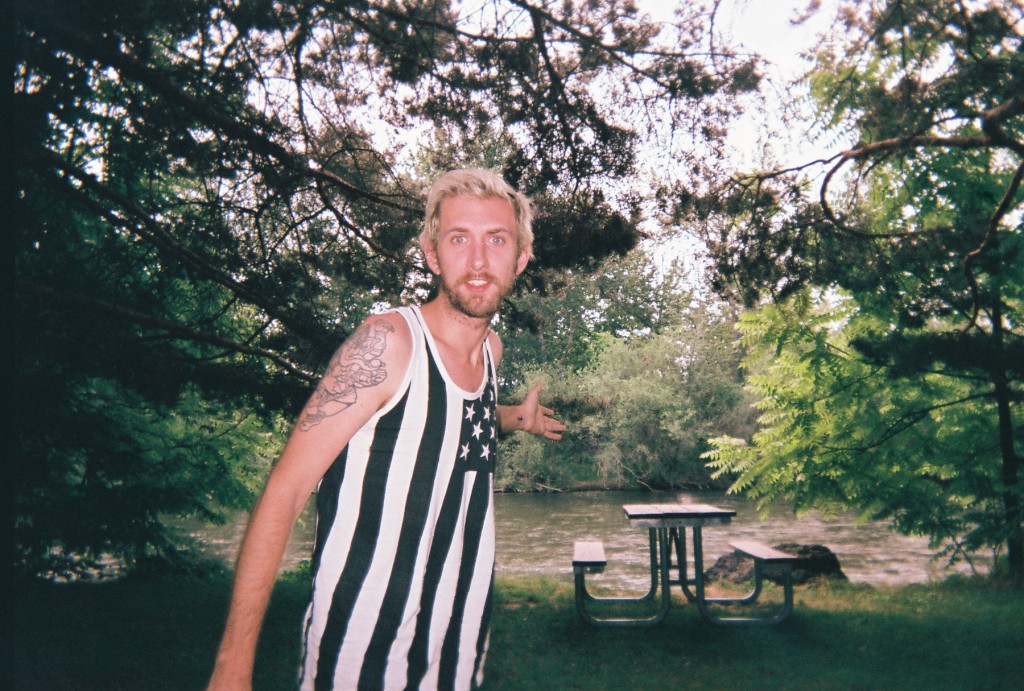 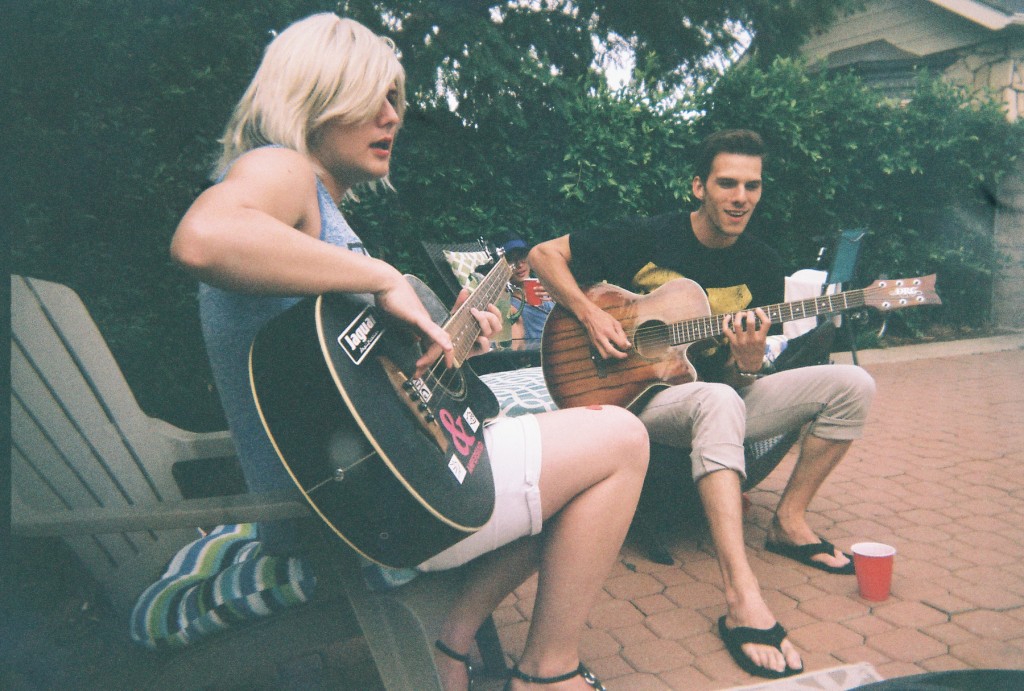 Daphne and Jonney from Statue of Cats 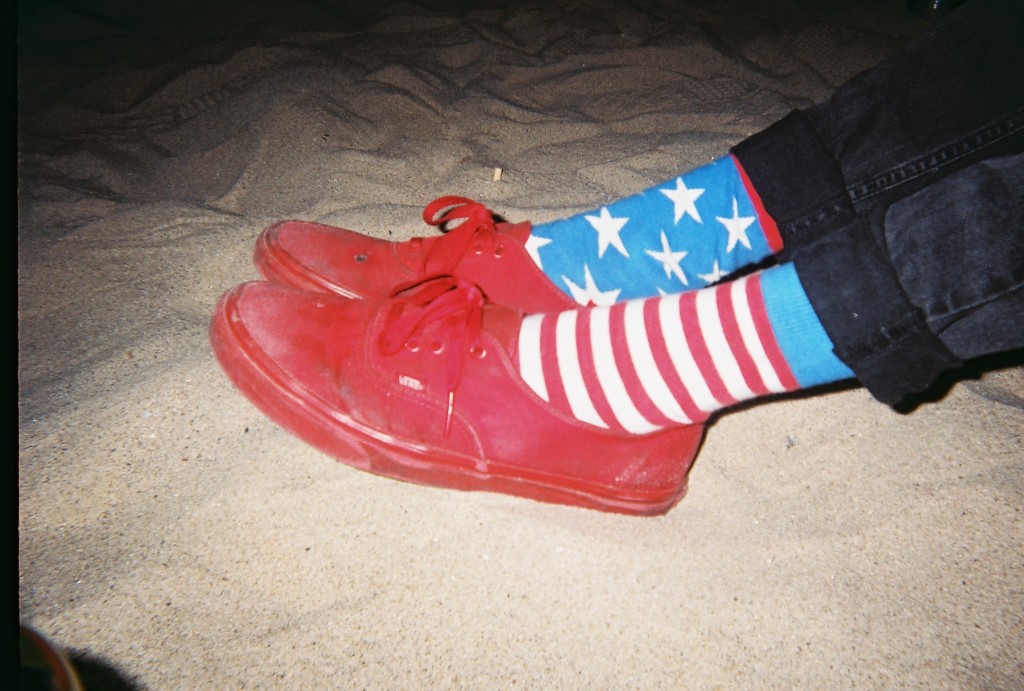 Ben’s Fourth of July footwear. According to Chelsey, “Ben and Robert have the greatest sock collection.” 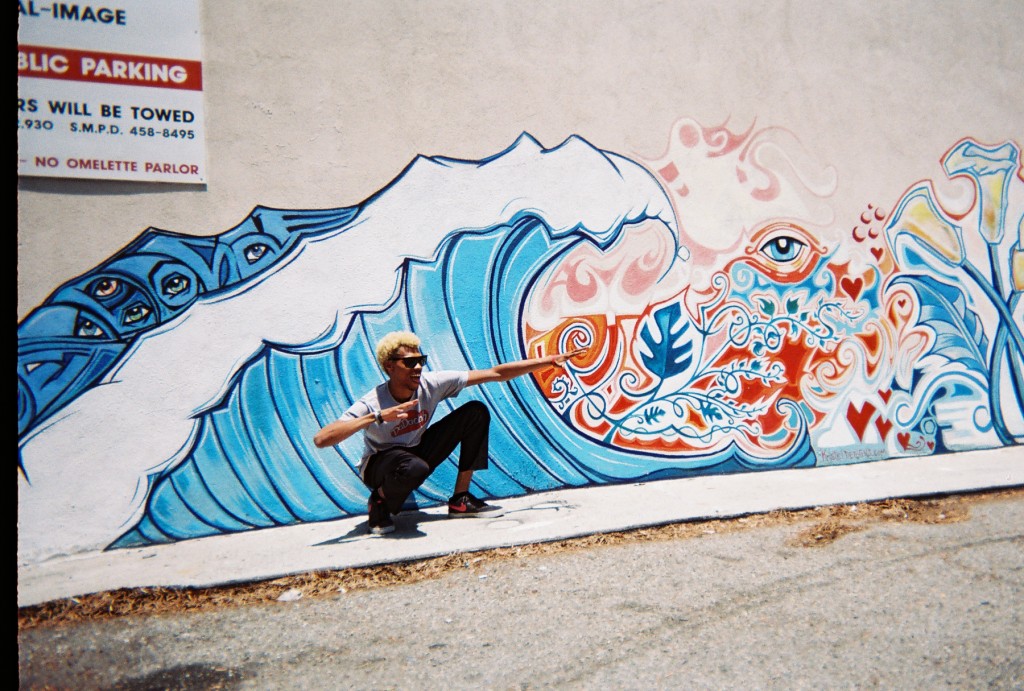 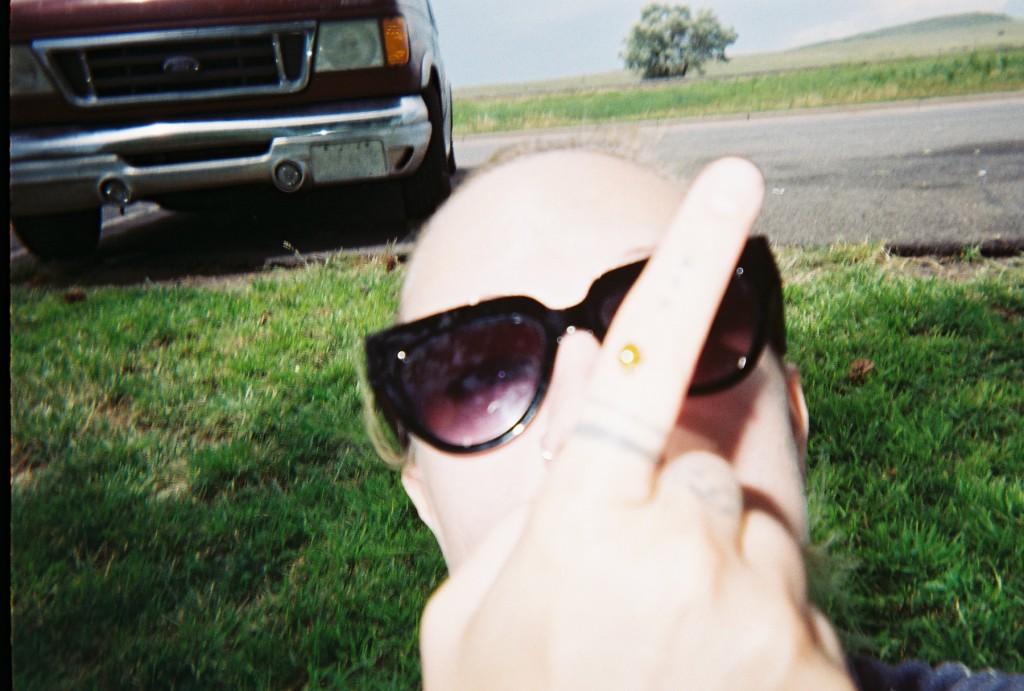 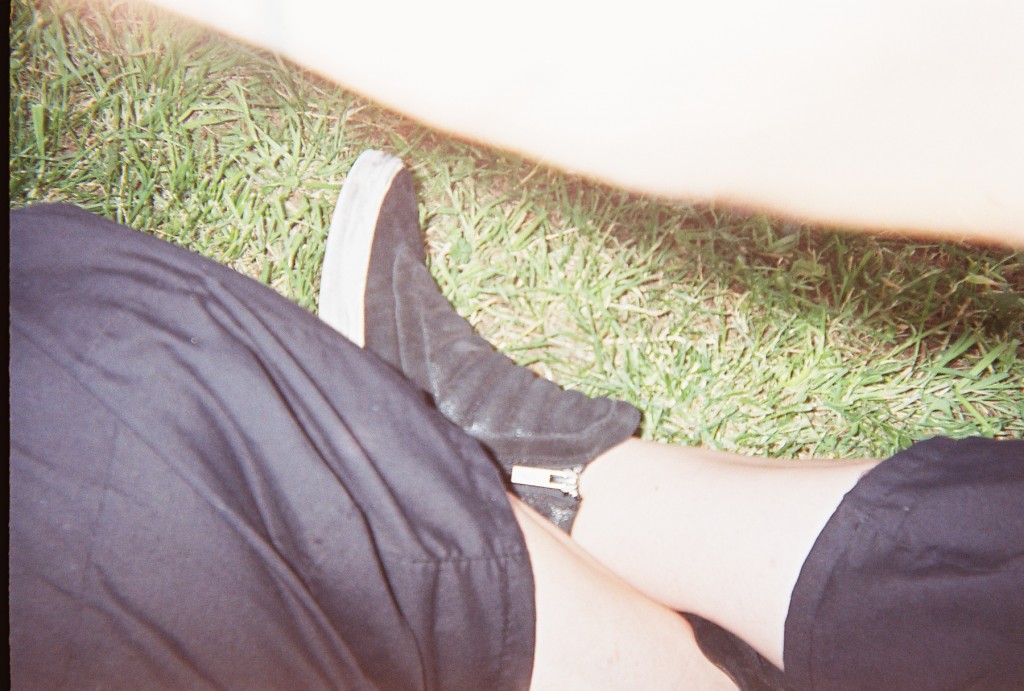 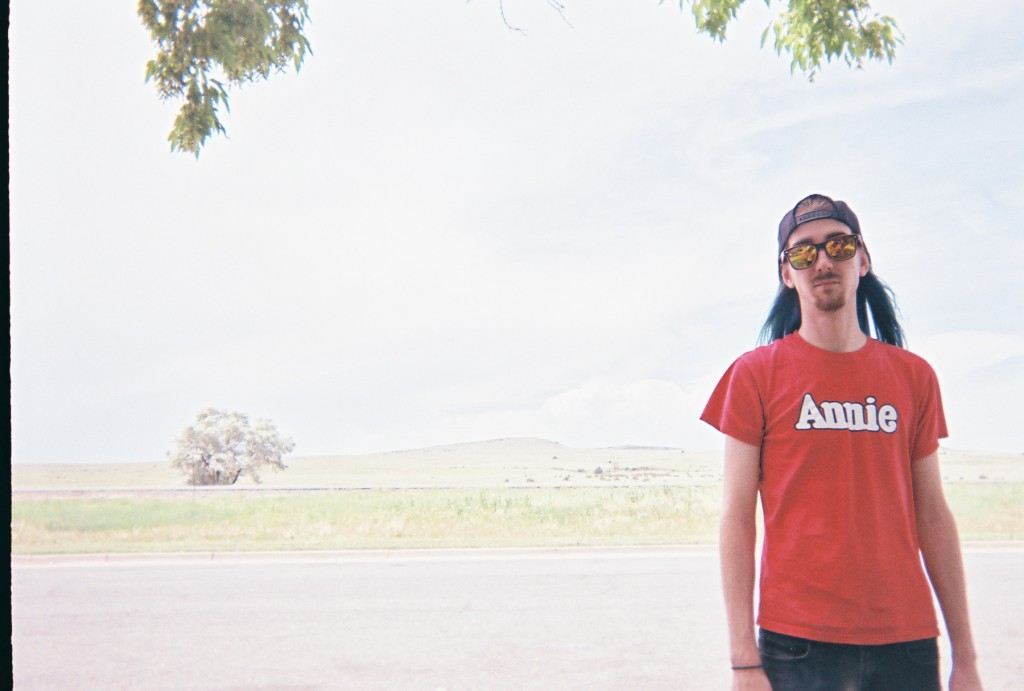 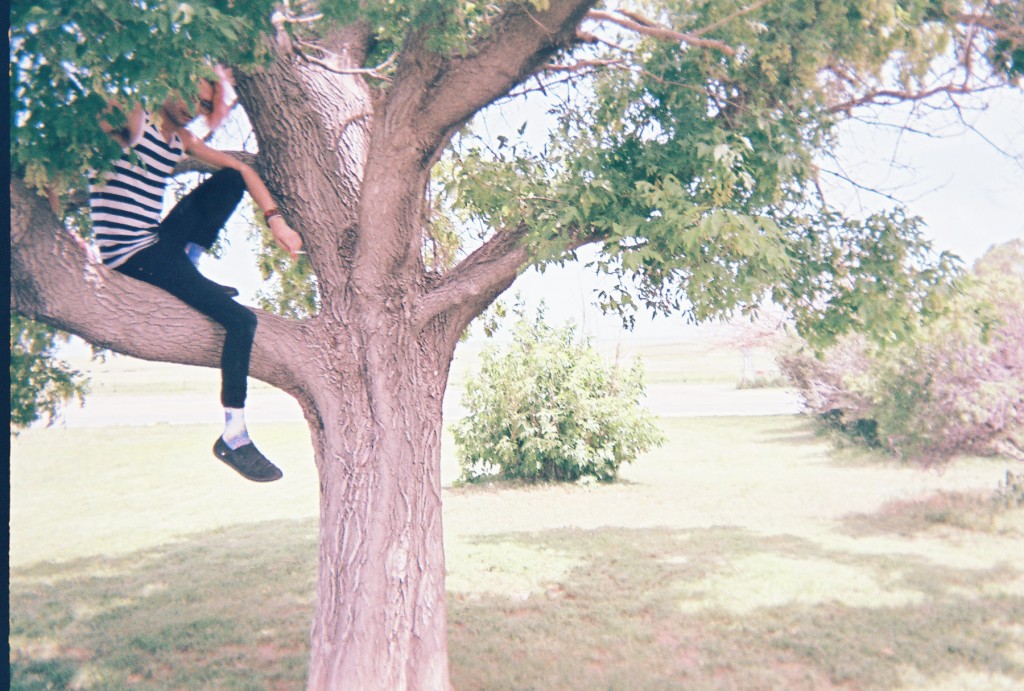 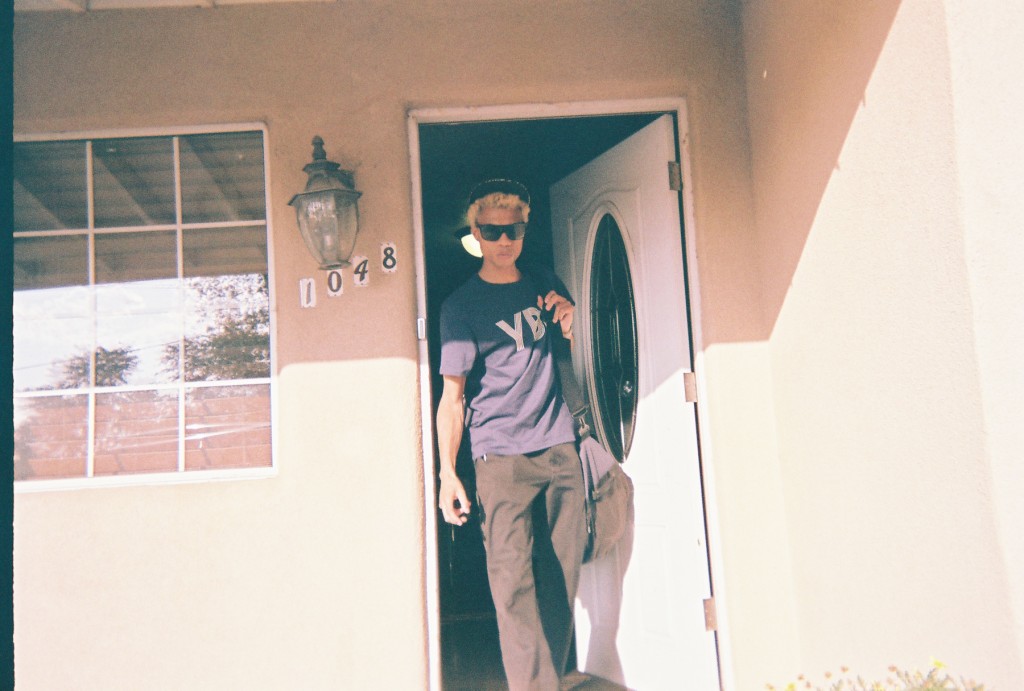 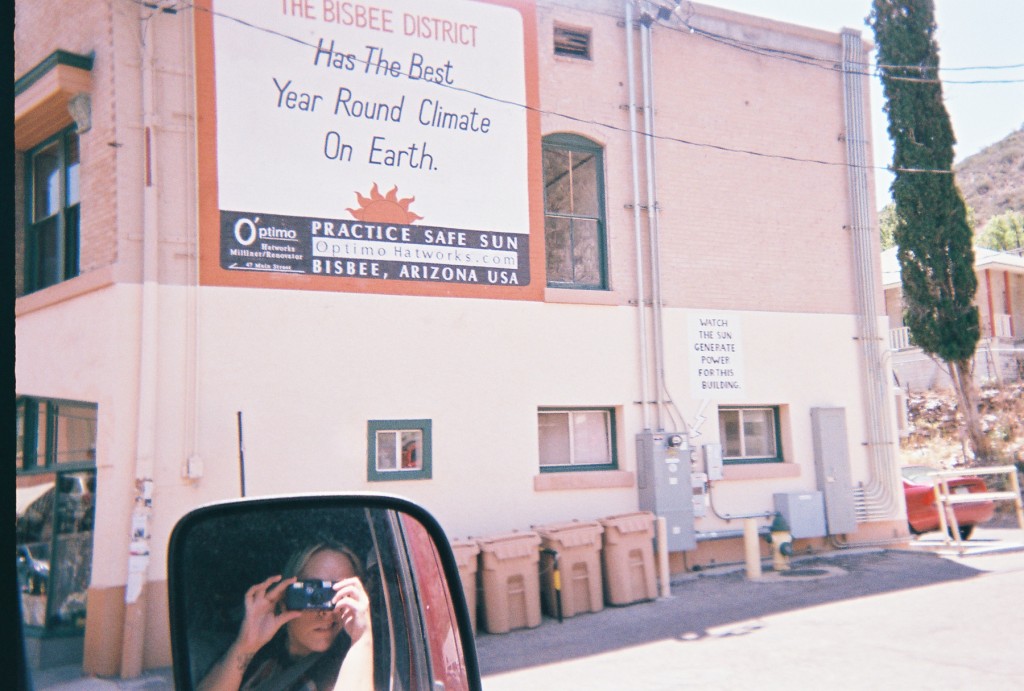 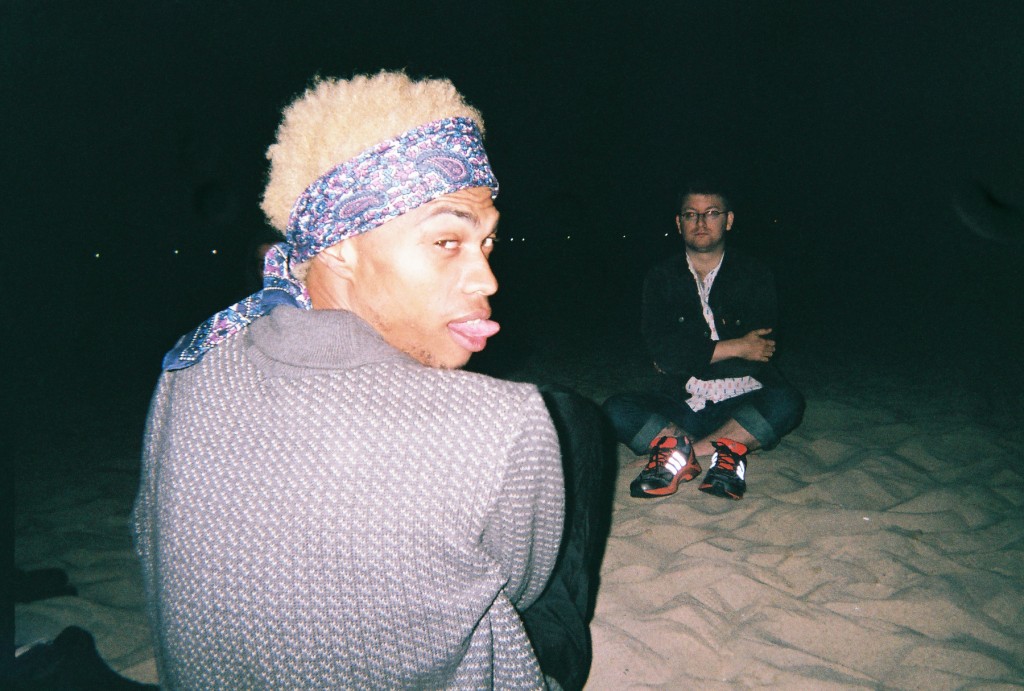 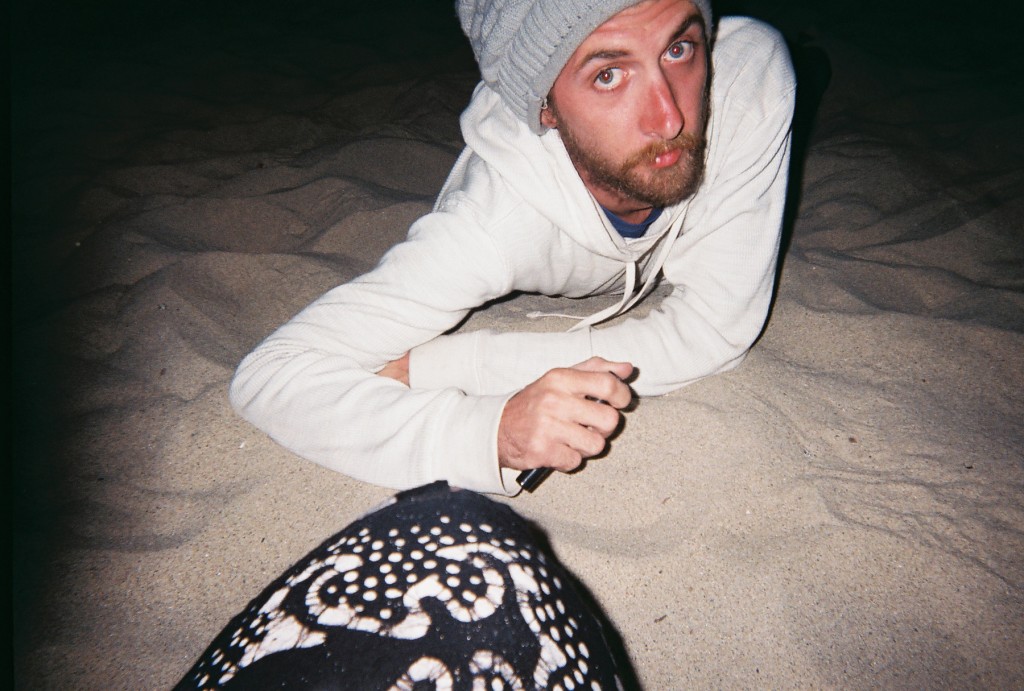 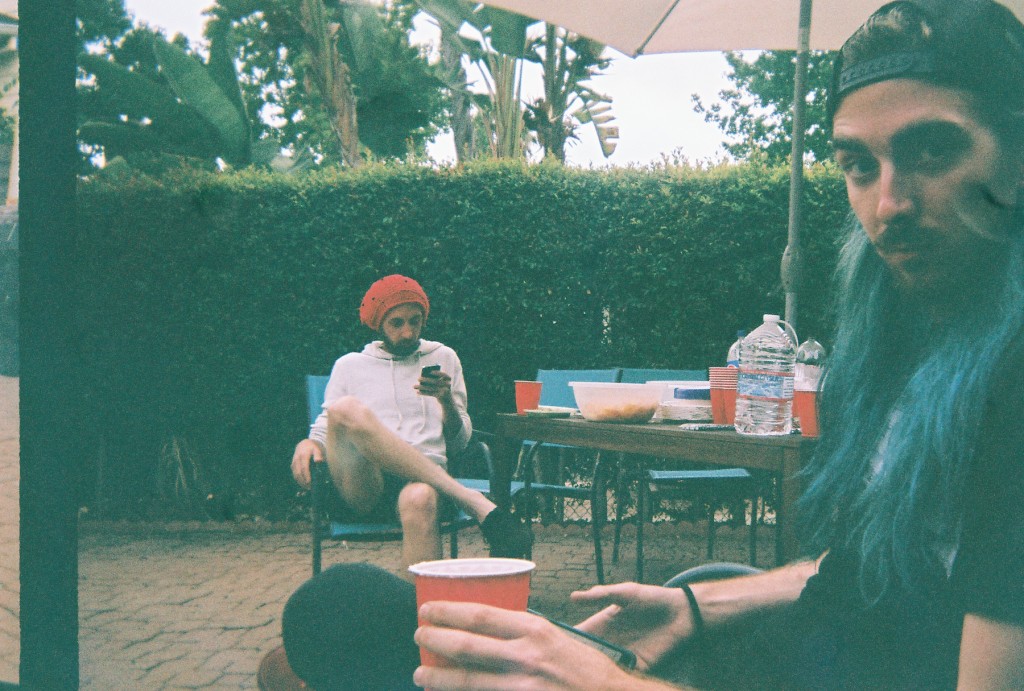 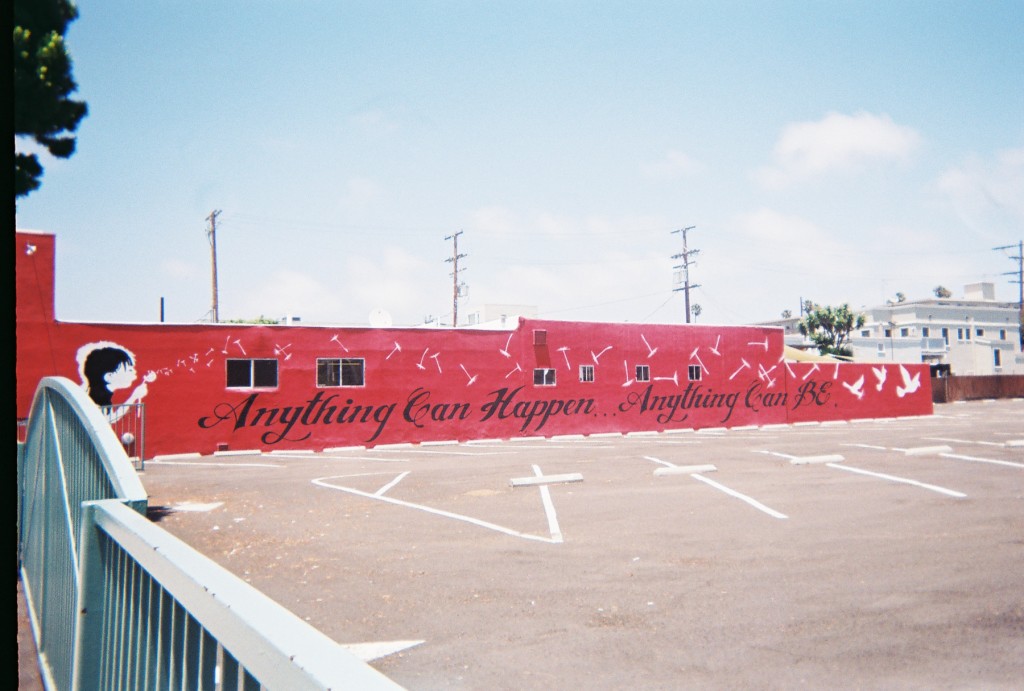 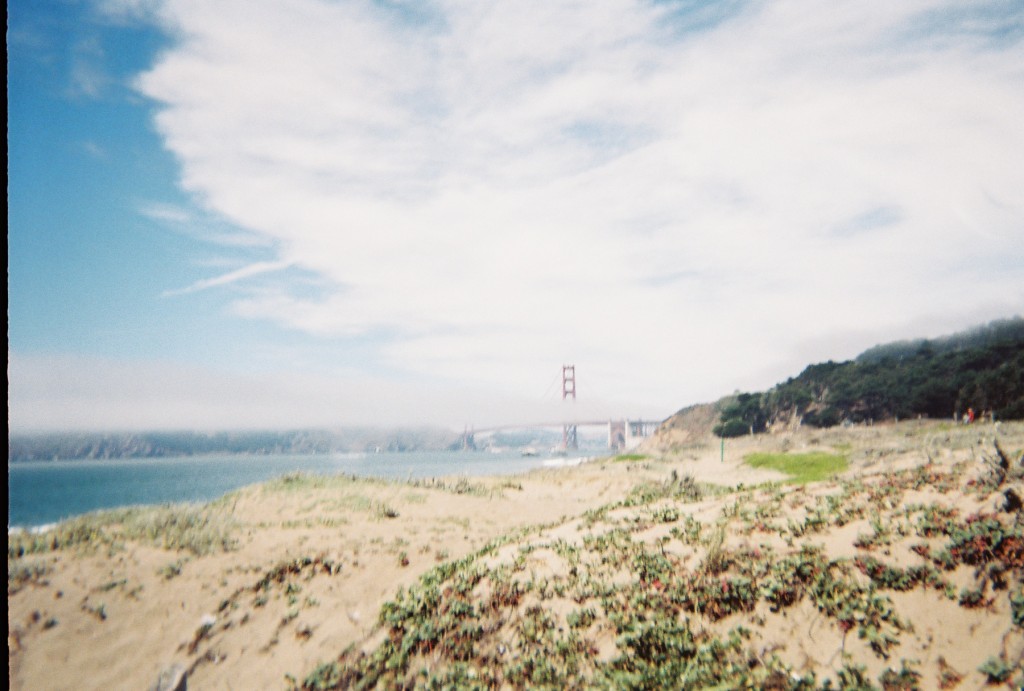 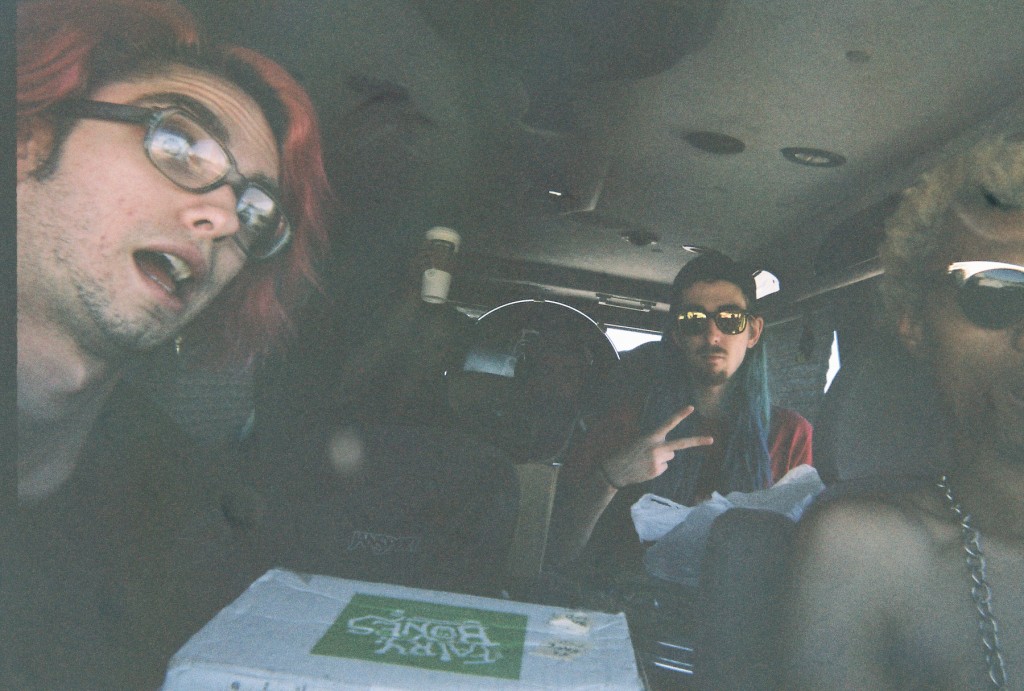 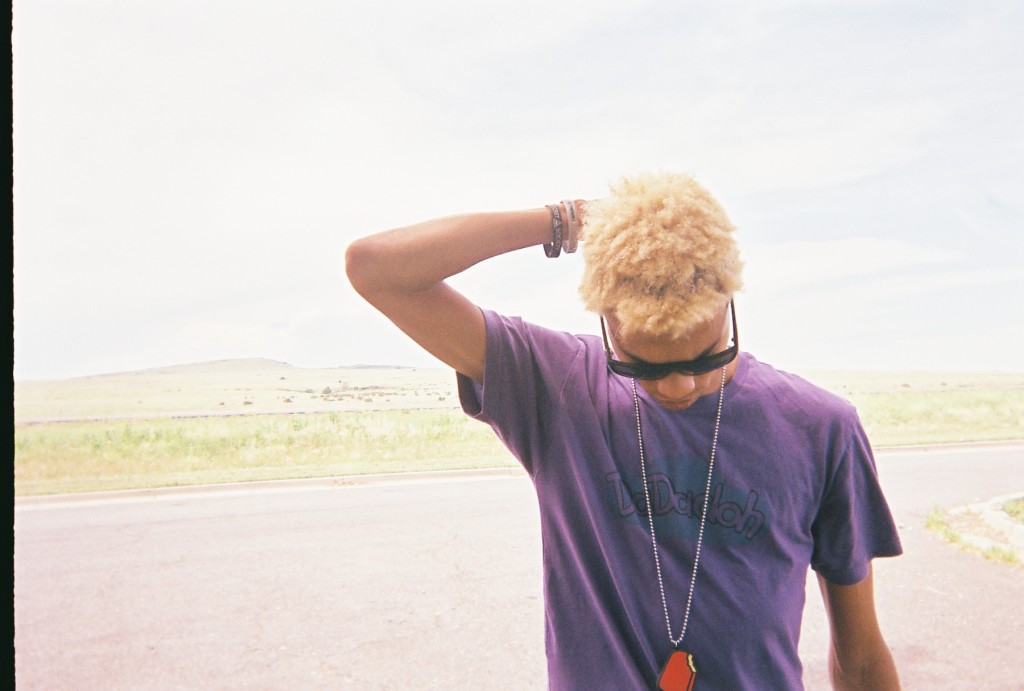 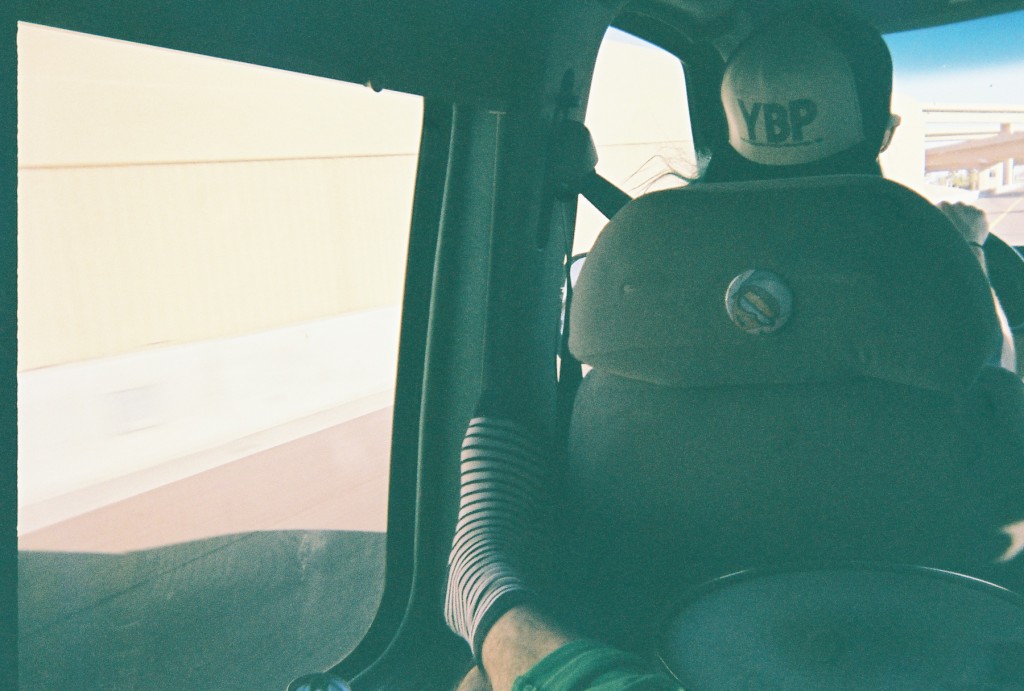 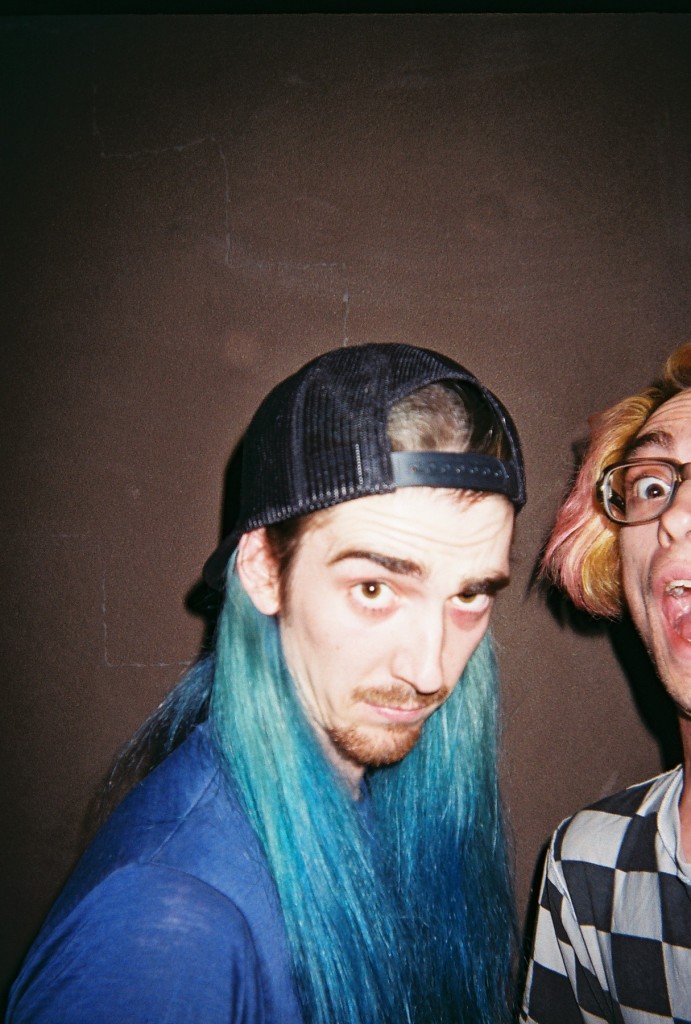