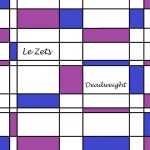 “Favor for a Favor”

If you missed the feisty debut from Phoenix rockers, Le Zets, I suggest you rectify the error of your ways by checking out “Favor for a Favor” – one of the stellar singles from their recent release. Garage rock with a heavy layer of blues, Le Zets create a sound that is at once familiar and totally fresh. You can give “Favor for a Favor” a listen here and make sure you stick around for “Red Death Mobile”. The full album is available from Atomic A Go Go Records through iTunes here. 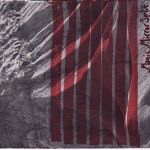 Tucson’s Wight Lhite just put out a split cassette with American Monoxide (also of Tucson) through Paisley Shirt Records. “Mermaids” is a dusty, dreamy, rocknroll number perfect for combatting the sweltering summer months poolside. Give the track a listen here and then head over here to check out American Monoxide’s Lynchian contribution to the split cassette. This is definitely a tape for the collection. 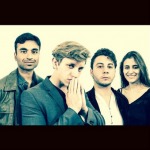 Newcomers on the local scene known as Luxxe have been quickly making a name for themselves, earning press and even a spot at the Vans Warped Tour with their infectious brand of pop music. Luxxe released their debut album on June 26th at the Crescent Ballroom. Singer/songwriter Seth Smades brings to mind folk-pop-fusion artists like Howie Day and One Republic, but Luxxe has their own take on the new radio classic.  If Luxxe is new on your radar, I suggest checking out their single, “Love Me”, right here. 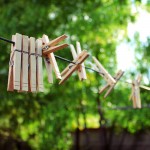 The stripped-down, bedroom sounds of Language Barrier are sweetly innocent and subtely sad. Although the band attaches the label “bummer punk” to their sound, I would say it falls more to the mellow side of the indie-folk spectrum. “Fingers/Fists” opens the two-track single from the Phoenix band. The living room recording fares better than the live track recorded at The Trunk Space (“Boris Yeltsin”), but you should definitely give both a listen here. 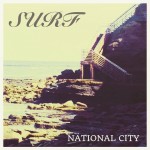 Just because they’re called SURF doesn’t mean you should approach these acoustic rockers with any expectations of campy beach tunes. Tempe’s SURF prefers something a little more low-key with a definite nod toward Seattle grunge rather than L.A. surf sounds. Their latest single, “National City”, comes on the heels of the band’s two-track Summer Sampler (available here) which was released back in April. “National City” has an almost ambient musicality without all the usual rises and falls of a rock song. You can preview (and download) the new single from SURF here.