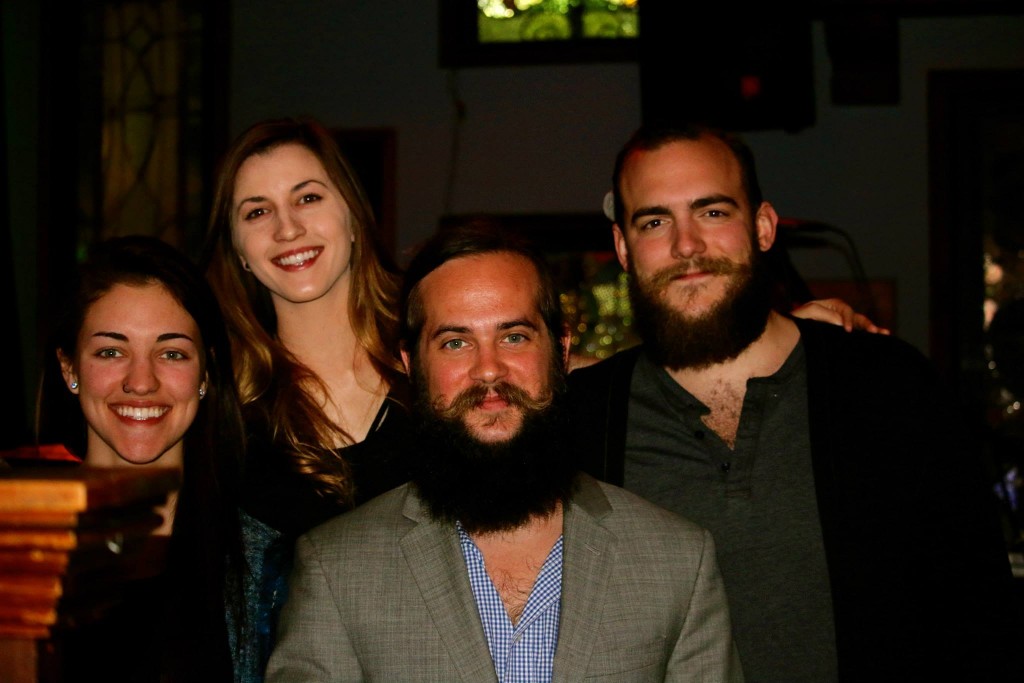 photo courtesy of Seneca and the River

Seneca and the River came together in the Summer of 2013 to enter a competition in Los Angeles. After the student band took first place, most everyone decided to stick around outside the original project.

Over time, the original twelve became today’s four band members. On occasion, unofficial bandmates and friends contribute and make guest appearances as the developing indie-folk sound of Seneca and the River begins to solidify.

Song River: When you pulled together the group for the competition, what were some of the backgrounds in music you were looking for?

Seneca and the River: We weren’t really looking for people that had any kind of folk or country background. Just looking for good musicians who could catch on fast. We all went to college together at Musicians Institute, so we all already had some sort of background in music.

SR: Why did the group decide to continue afterward? What was the spark that ignited Seneca and the River?

Seneca: I wanted to keep the band going and everyone seemed to be on board. We all like the music and we all liked each other.

SR: The group is now four. What do these solidified members bring musically, and personality, to who Seneca and the River is?

Seneca: Everyone brings their own style and personality. We all grew up in different parts of the world, so that just adds a variety of different elements.

SR: What do you feel is the unique sound to Seneca and the River?  Was it sound developed with intention, or was it a natural progressive flow?

Seneca: It was more of a natural flow. I think having unique instruments. We have trumpet, mandolin, cello, pedal steel on our recordings.

SR: I was reading how the band has gone on 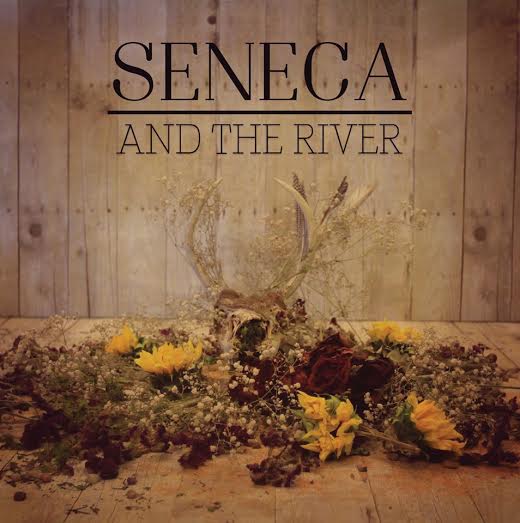 some ups and downs during its development. What were some of the up moments, and how did you all deal with those down times?

Seneca: We have played many different places including the Saban Theater. We all get along very well and have formed a community of friends. We deal with the downs by just dealing with them. Letting go of people with negative attitudes and working together to make compromises.

SR: Since 2013 and the events that have taken place, have you found more and more influences upon your music, songwriting, out look?

Seneca: Yes, absolutely. I write from experiences. And I have definitely experienced a lot since 2013. Finding new music and getting creative influence also changes my writing.

SR: As a band are you all more comfortable with live performances? Festivals? Clubs? Intimate Gatherings? or Hiding behind a studio wall?

Seneca: I personally love intimate gatherings. Everyone is respectful, [and] there for the music. And I’m able to really showcase my lyrics. We play shows often and we always have a good time, no matter what the venue.

SR: Your EP is out under Pop Cautious Records: First, talk about the relationship with Pop Cautious. Why this label? How is the EP looking to be distributed?

Seneca: Pop Cautious (Tyler Porterfield) is my mandolin player. We have known each other for almost three years now.
I trust him with my music. We have a great friendship. I wouldn’t want to work with anyone else and we are developing together.

SR: Many bands have ‘side’ projects and other realms of art they enjoy.  What are some of those other characteristics each of the band members pursue outside of the band?

Seneca: Most everyone in the band is in another band, too. They’re all doing some profession in music. Some of us dabble in art, photography and poetry. The majority of our creative output as individuals is centered around music though.

SR: Overall, consensus on your first EP and its presentation?

Seneca: I am very pleased with the way this EP came out. It’s my first EP I have released with any band I’ve been with and we were lucky enough to work with some great people on it. We are happy to finally be able to share our music with our friends, fans and family. Spent a long time designing the album art work as a group. Merely made sketches of it and then went out and bought the materials and constructed a western style display inside the apartment. Tyler (Pop Cautious) designed the inside and back cover of the CD version. We’ve all done our best to spread the word and Pop Cautious Records has shared our music with industry and media nationwide.

SR: As an indie folk style band, where would your concentration of marketing go to?

Seneca: We are pushing for a placement in TV/Film. Our music seems perfect for it. Being in Los Angeles helps with that. Other than that we’ve been trying to reach out to venues and communities of musicians and music lovers that support our style and grow the awareness of our new EP.

Seneca: “Lately” [see below] was a song we recorded exclusively for the Pop Cautious Records’ sampler. It gave everyone a little taste of the band before our first official EP release as a band. The video helped set the tone and just give everyone a look into our style and music. We recorded the track mostly on our own in home studios and mixed it ourselves. “Hold Me Up” was the first true single as a group. It was released before all of our other songs on the EP and is used in most of our advertisements for the EP. We feel it is one of our more emotionally powerful and moving songs that has a strong and defined chorus that would be most accessible to a listener.

Seneca: We are kind of in the middle of a “local tour” right now. Been playing in and all around LA for over a month for at least once a week since we put the EP out. We have plans to tour sometime later this summer to Texas and back. Planning on shooting a video for “Hold Me Up” very soon as well as a video for a new unreleased song. We have some good stuff in store and are excited about it all. Details TBA!

For more on Seneca and the River check out their website here and their Facebook page here.

Seneca and the River is…