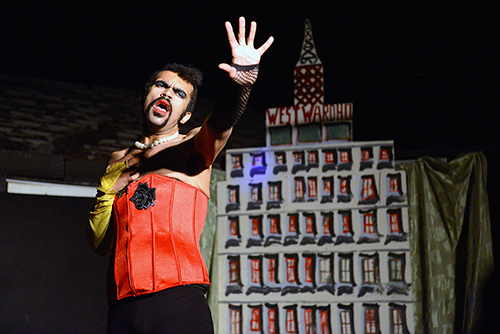 It’s safe to assume that most people reading this are familiar with The Rocky Horror Picture Show. Originally produced as a theatrical music production and later re-imagined for film, the 1970s musical horror comedy has, over the last 40 years, spawned a cult following unlike any other. Rocky Horror has been recreated countless times over the last four decades, and this week saw the production land on stage in downtown Phoenix.

Centered on protagonists Brad and Janet, The Rocky Horror Picture Show follows the trials and tribulations of two newly-engaged youngsters. After a bit of bad luck in the form of a flat tire, Brad and Janet stumble upon the home of Frank N. Furter – an extraterrestrial transvestite from Transsexual, Transylvania. Amongst an annual convention of Transylvanians, Brad and Janet quickly find themselves out of their comfort zone and soon lose their innocence as they become seduced by Frank and his outlandish band of guests.

This past week’s production of The Rocky Horror Picture Show took place on May 29th and 30th at the Firehouse art space in downtown Phoenix. Co-directed by Sheri Amourr and Ting Ting, the self-proclaimed DIY theater event virtually sold out both nights at the Firehouse’s ad hoc back lot stage. The cast included several Phoenix-based actors, comedians, dancers and musicians, and the show took on a decidedly “local” feel as many plot elements were revised to reflect life in the Valley of the Sun. The fully-immersive production was generally touted as a success and featured a live band, full stage performance, video vignettes, guided audience participation and intermission complete with fire performance. Event sponsors included 23 Print Collective and Mazel Toast Presents. 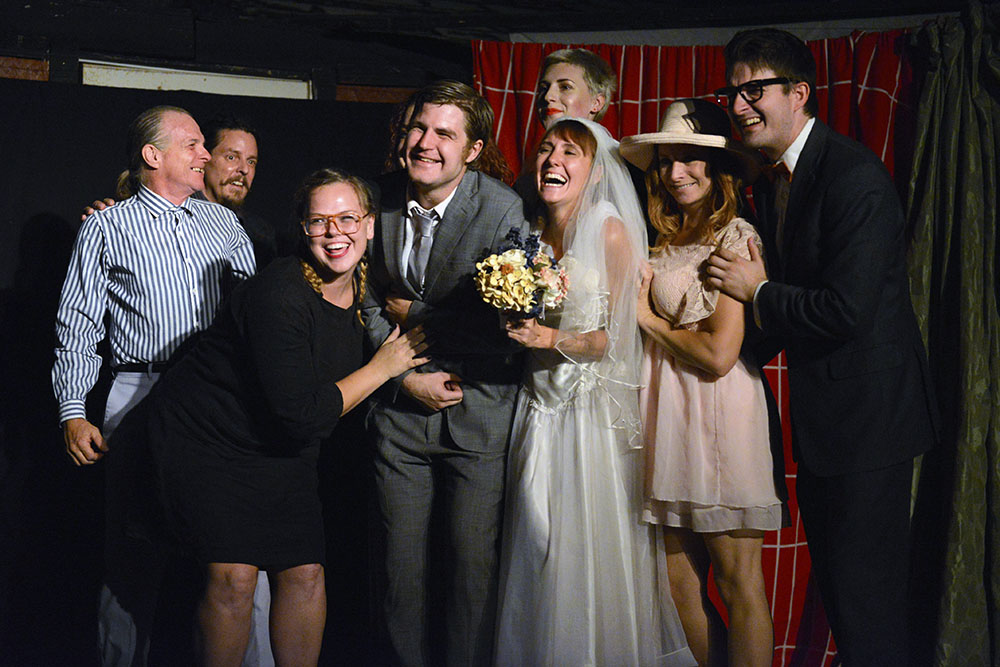 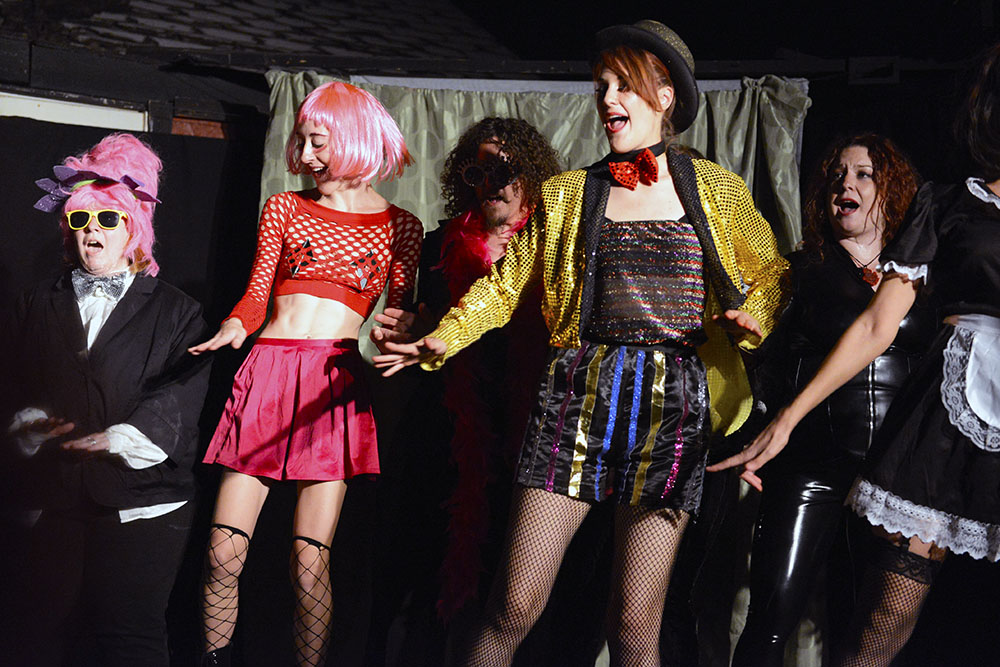 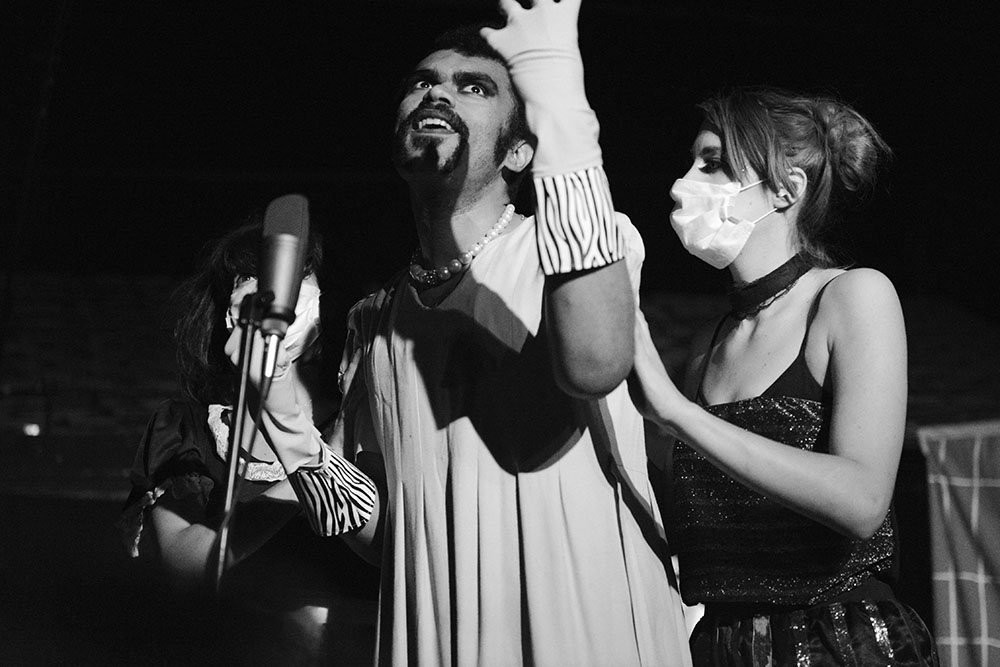 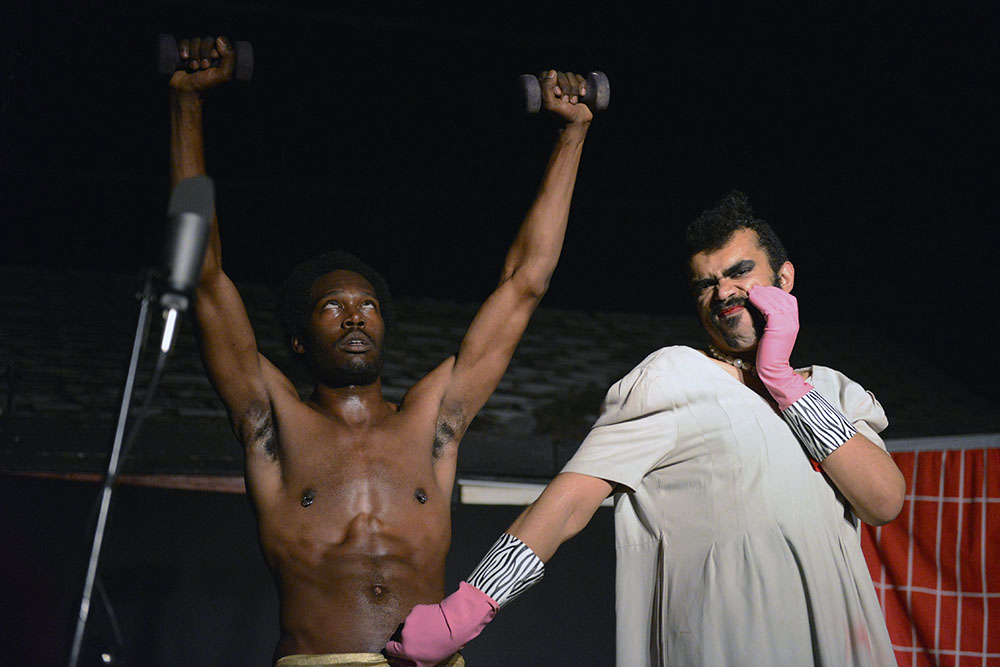 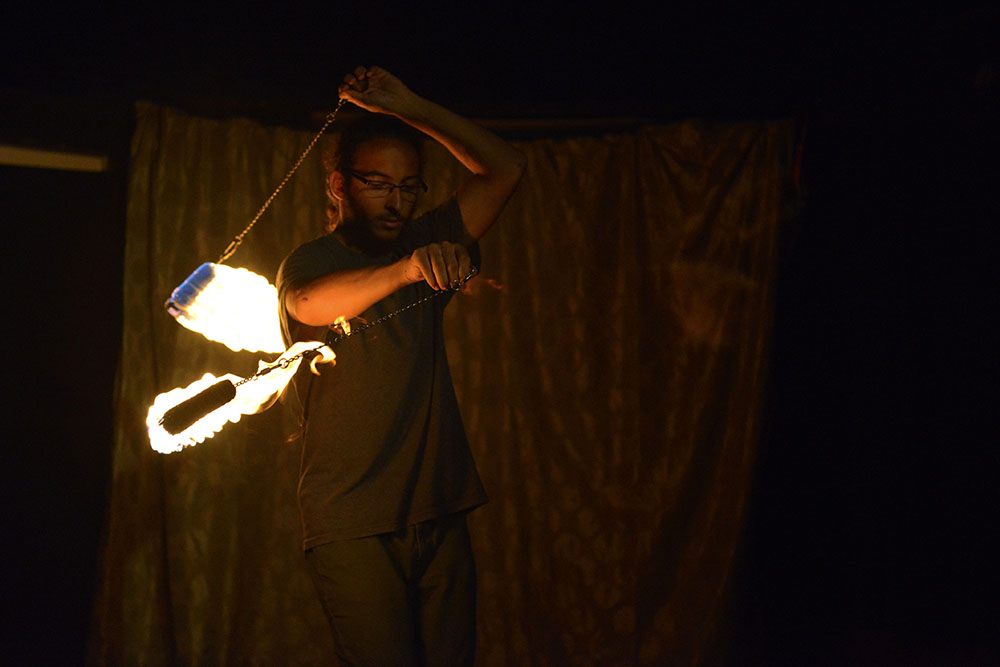 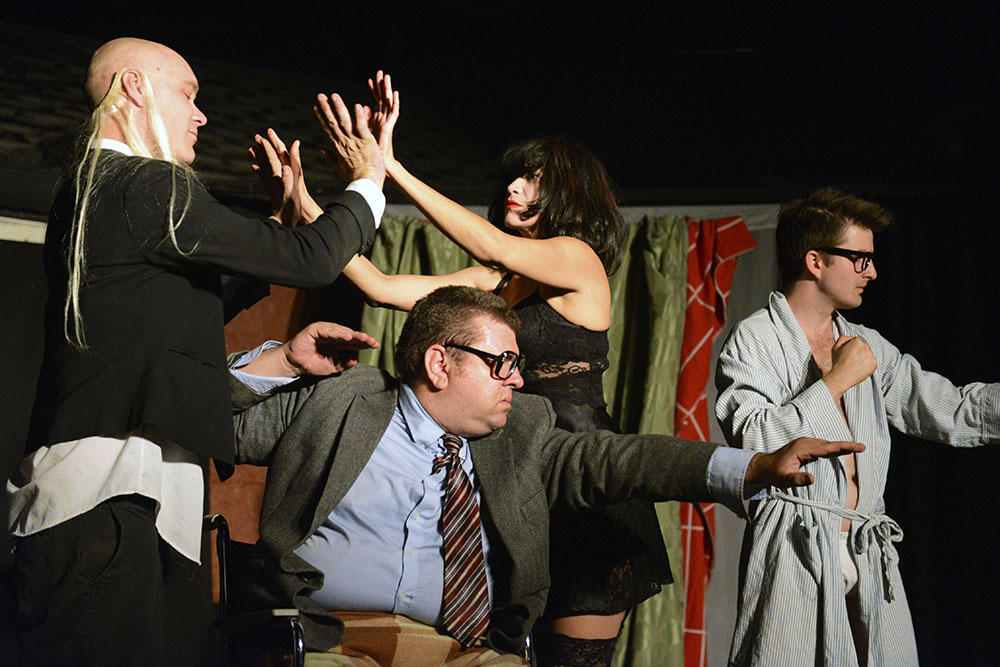 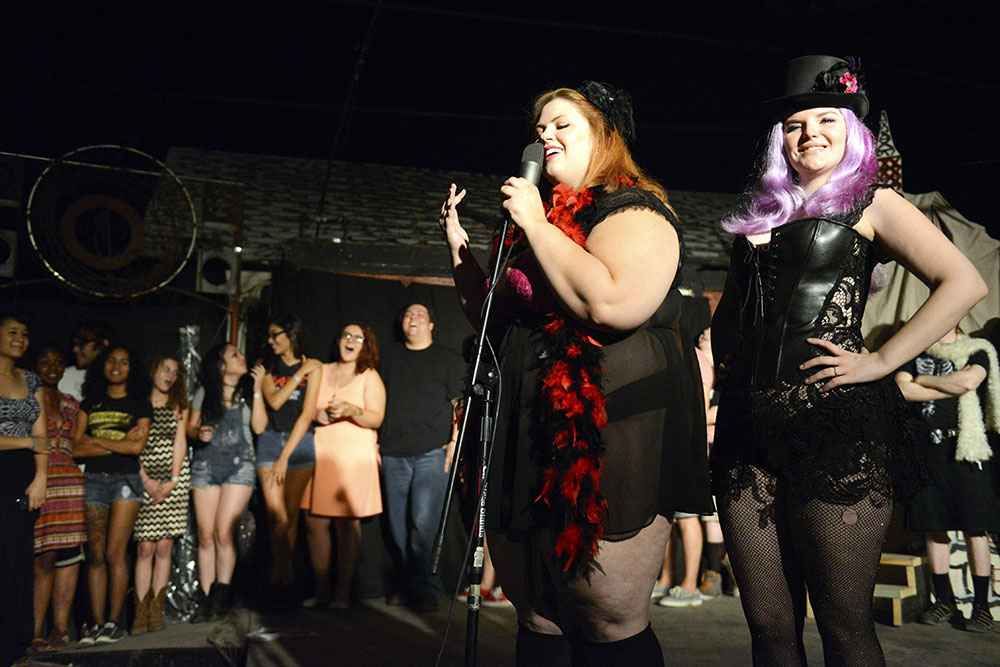 Rocky Horror “virgins” invited on stage with the Usherettes 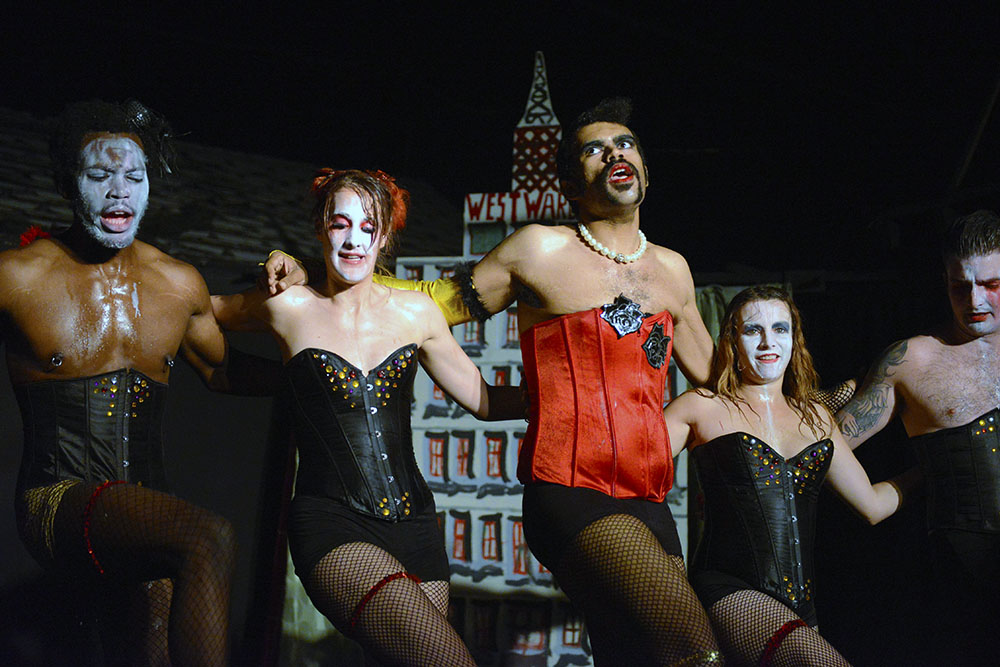 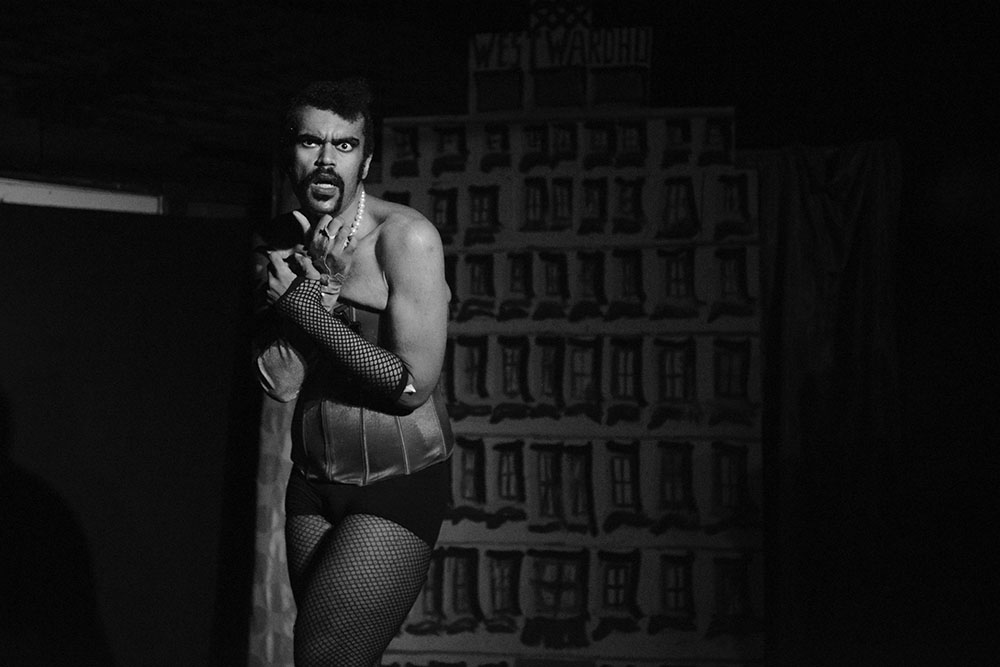 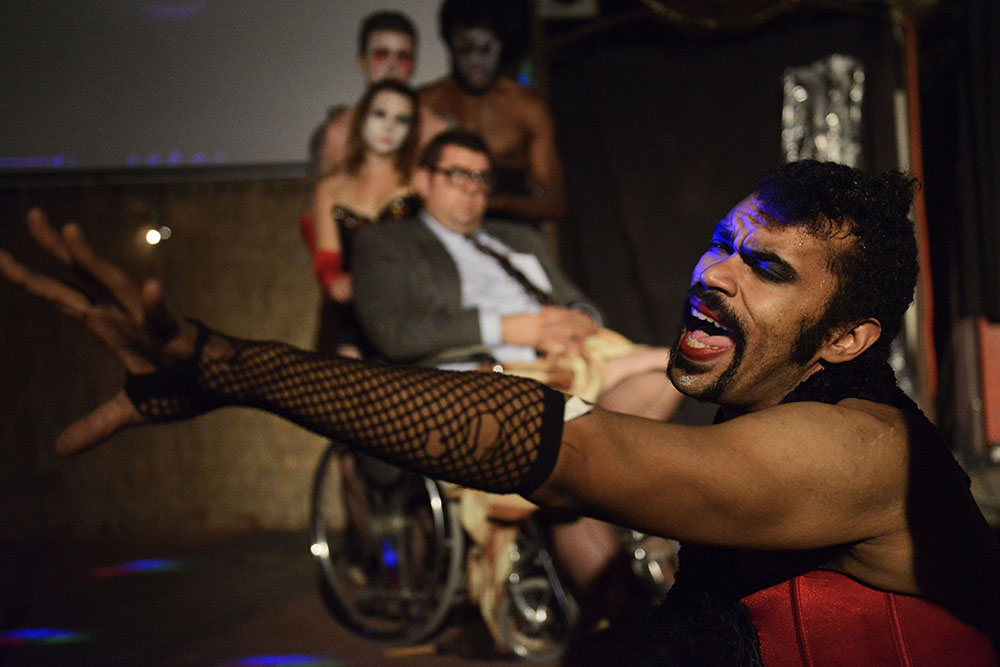 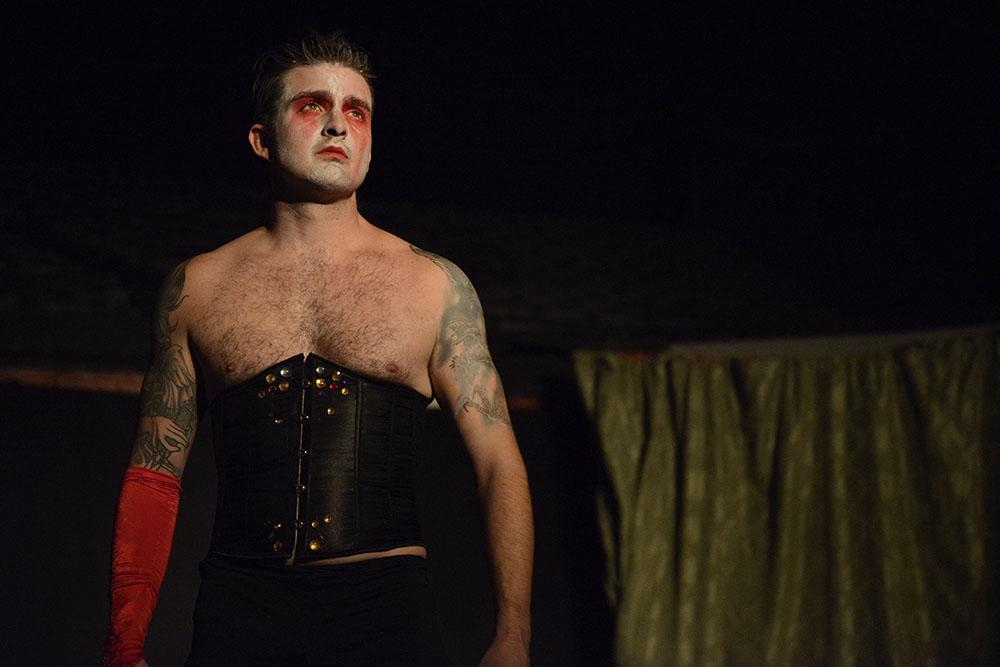 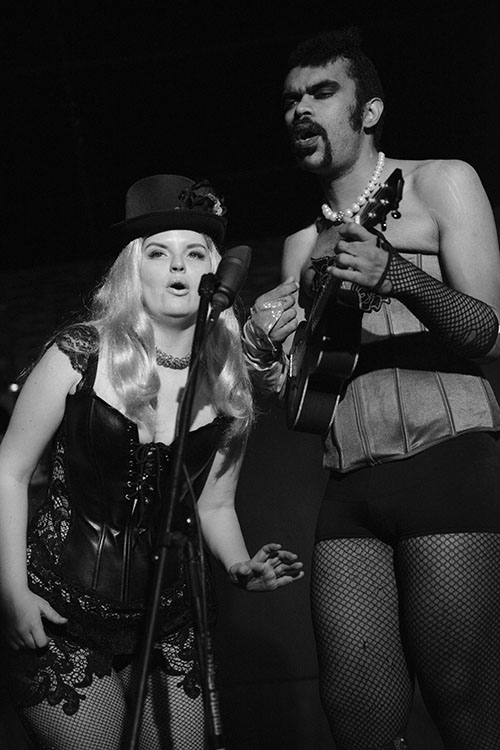 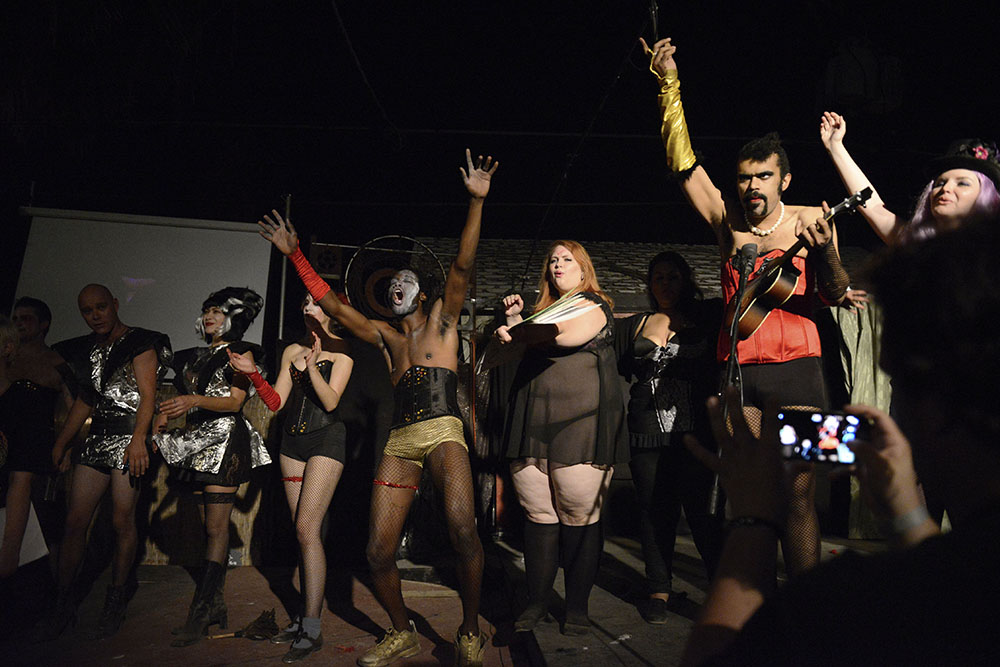 The cast takes a bow.