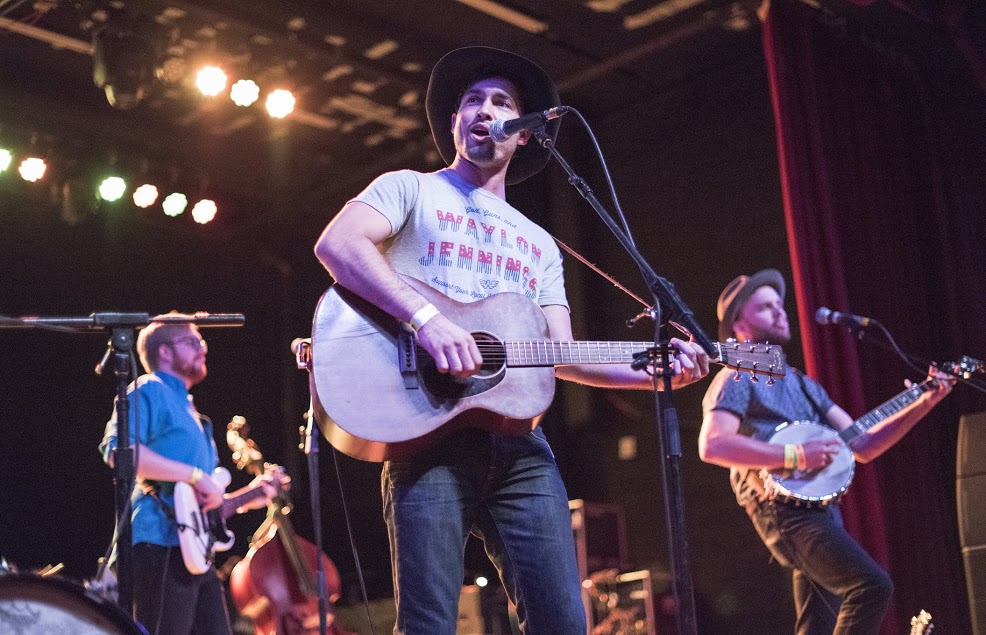 All photos by Song River

Music is a language that compels motion.

Place that energetic language of compelling motion and give it to your fans with the fervor you feel, that sense of gratitude to all of those who support you… and you have the central element of Jared & The Mill. Well known in many circles as a sincerely nice group of guys, I got the chance to speak with Jared Kolesar a bit after their benefit show to help the Phoenix Children’s Hospital, and a commonality I found with speaking before the show with some fans in the audience was this: “They give their energy and make us feel connected.”

Connection. That’s a great place for music to begin.

Song: You’ve accomplished so much since 2011. In a bit under six years you have taken Jared & The Mill out of the Phoenix metro and beyond the state. Some might wonder, how? How do I carry out such a feat as well? What advice do you offer them?

Jared: It really is just about gathering a group of people who are willing to work hard for each others success. Still at this point even we haven’t taken any money into pocket, all money we’ve made has gone into touring and buying equipment, and a van, and gas, and everything it takes to run a van. We all take lessons to better understand our instrument, and we are constantly dedicating our time to bettering ourselves as a band, because that’s what it takes. Every time I think I’m pushing too hard, I consider that there are millions of people pursuing the same dream as me, and they are willing to work as hard if not harder for it. It’s all about staying motivated and hungry.

Song: How did you become involved with the Phoenix Children’s Hospital benefit? Have you worked with them before? Are benefit/fund-raising events something you as a band are actively involved with?

Jared: We were offered the opportunity to be a part of that event through our connections with 103.9 trending radio. They put the event together and wanted a local band to join in the cause alongside Miss Rachel Platten, and we’ve always gotten along with all the folks over there, so it was an easy fit. It’s really important to keep up and connected with everybody in the music world, in so many situations, event planners look to work with friends and people they’re comfortable with. 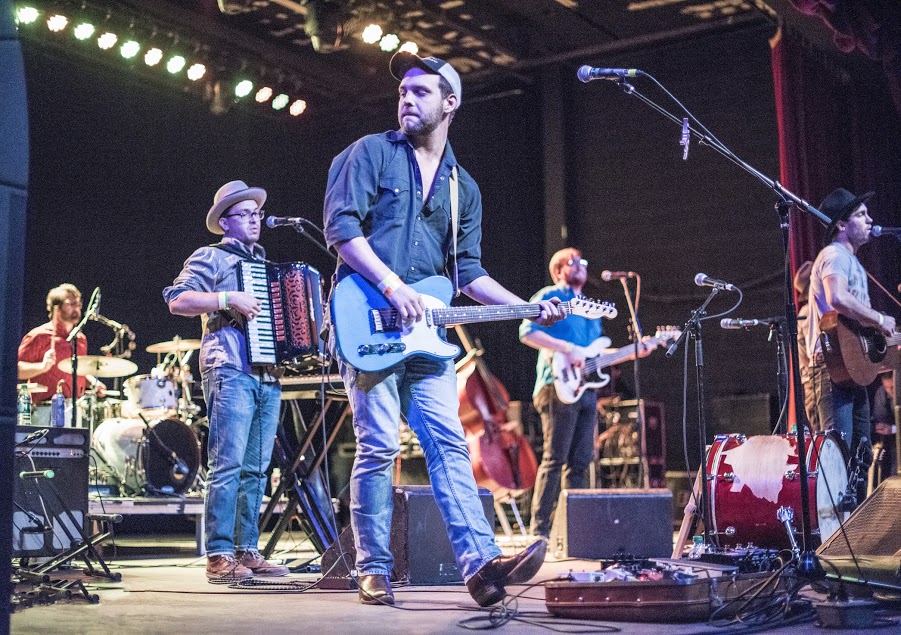 Song: Your summer tour is now in action. What are some of the places you’ll be visiting, and have you been there before so you know there is an established fan base?

Jared: We’re kinda headed all over the nation actually which is very exciting for us! The regions we do particularly well with are fairly well spread around the states, so we have to have a full national tour to get to all our peeps. This time around we’ll be hitting a few of our favorites: Chicago, Seattle, Philadelphia, New York City, and Madison just to name a few!

Song: Summer tours, due to the time of year, can be held outdoors. Do you find you prefer performing for festivals or one or two band evening performances only?

Song: Life We Chose was recently released. Talk a bit about the title’s meaning, and how do the six tracks relate to one another and to the band?

Jared: The title kinda has two meanings. When I was writing the title track, I was in a relationship that was kinda struggling through it’s last breathe, and it was in such a state because the band was spending so much time on tour and away from home, and that gets really tough on the ol’ love life. My girlfriend at the time was displaying how uncomfortable she was with my lifestyle despite the fact that she knew I wanted to pursue music as a career from the get go. I was sort of irrationally upset about the situation hence the song’s chorus “We both know this is the life we chose”.

As an EP title, it’s indicative of the EP’s theme. There’s a lot on that record about us finding out as a group of young men, what it really takes to make this dream of ours a reality, it’s not as much physical labor as it is a test of mental fortitude. So much time away, and such little sleep makes for a perfect storm of emotions on the soul. It’s a fantastic adventure but it’s draining.

Song: I have heard you are one of the nicest bands to your fans. Do you feel it is necessary to invest in your fan base? What has been one of the bands most memorable interactions with a fan or group of fans?

Jared: It’s a broken record of an answer, but it’s so important to treat your fans well. The people who pay money to experience one’s work as an artist are the only thing that allows one to continue pursuing their craft. It’s so important to make sure you can prove to the people who love your music, that you appreciate them and their passion for your work. 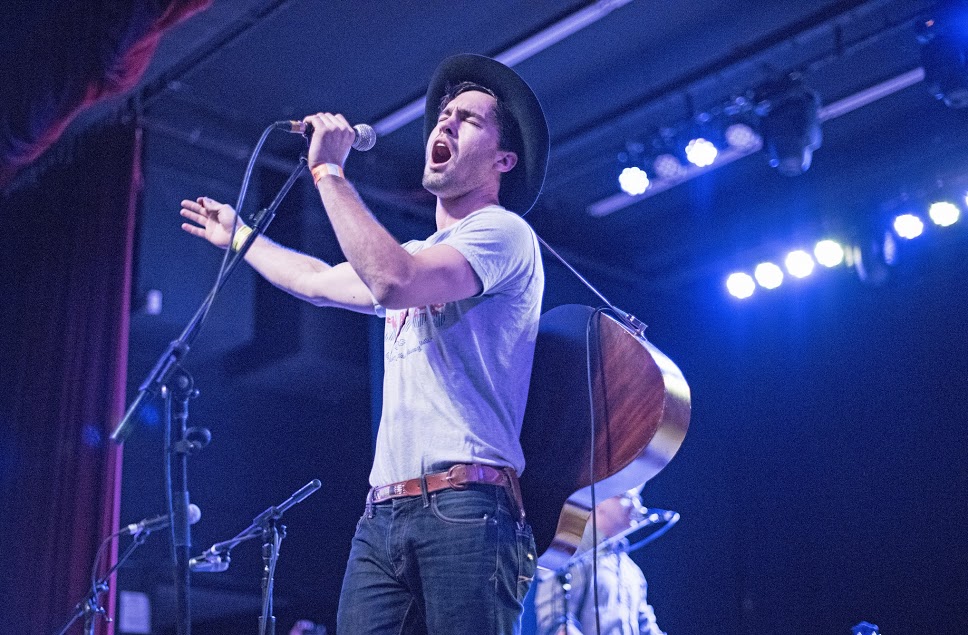 We’ve done all sorts of thing for the people who enjoy our music. One time a fan of ours bought tickets to our show, but wasn’t able to make it to the venue for some reason: she drove all the way from Flagstaff only to get turned away, so Josh, Mike, Chuck, and myself drove to Flagstaff to play her and her family a private show in her apartment. When we’re on tour, if a particular show is for ages 21 and up, many times we’ll be contacted by younger fans asking if we can help them get into the show. Typically that’s not a possibility so many times me, or me and a few of the other dudes will come outside the venue with our instruments and play the younger fans a private show before doors open, we’ll take pictures with them and answer any questions they have and really get across that we care about them and want them to be a part of our family. Over-all it’s important to be good to the people who are good to you.

Song: Your home base is Arizona, as it is for many others: Jimmy Eats World, Roger Clyne, Gin Blossoms… what is it about Arizona that breeds a SW desert brand unlike anywhere else in the world?

Jared: The fellas and I are all incredibly proud to be from this state, as far as we’re concerned Arizona is the most beautiful place on Earth. We’re fixed in the philosophy that the land a band is wrought from affects the music they play. We’re actually getting more invested in a western sound, you’ll hear a lot of it in the next record! It’s cool because western music feels so natural for us to play because of our home.

Song: Share something a little personal about yourself. Fans always love to be able to identify with something personal. What do you like on your pizza? And where would you never be caught shopping?

Jared: When we order a pizza as a band, it will most likely feature peanut butter, kale, sprinkles, the tin can part of a can of tuna, wood chips, and an entire living goat.

We would never be caught shopping at baby gap, so not our style.

One thing a lot of people wouldn’t know about us is our love of all fantasy/sci-fi goodness! For a while we played a table-top RPG called Edge of The Empire, it’s essentially a Star Wars version of Dungeons and Dragons. Now we’ve moved on to a similar game that we’ve actually written. It’s a Wild Western themed game that will be on shelves soon enough, keep an eye out. 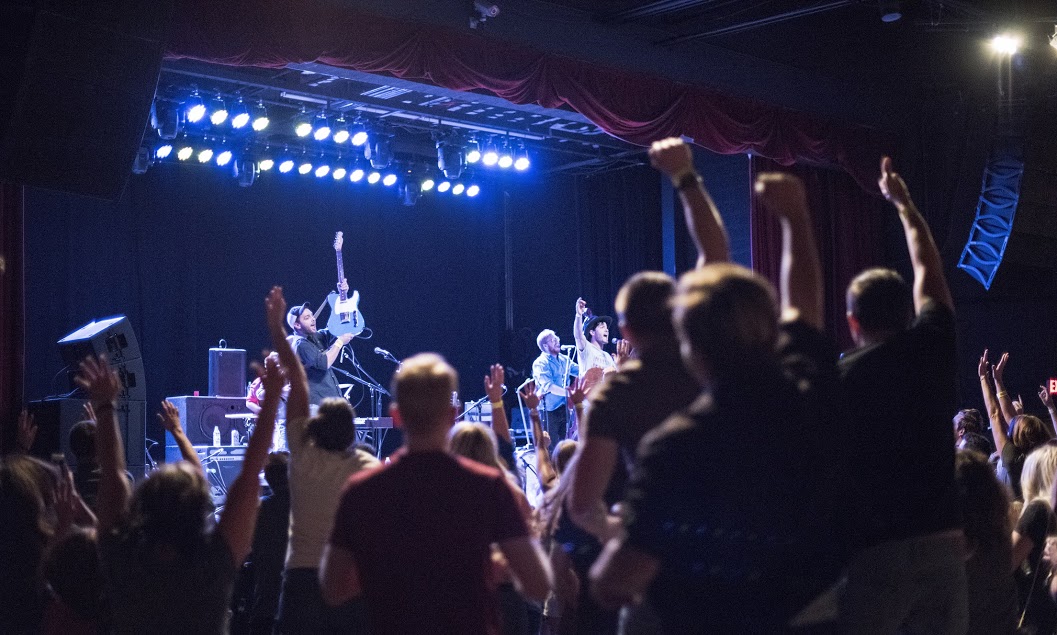