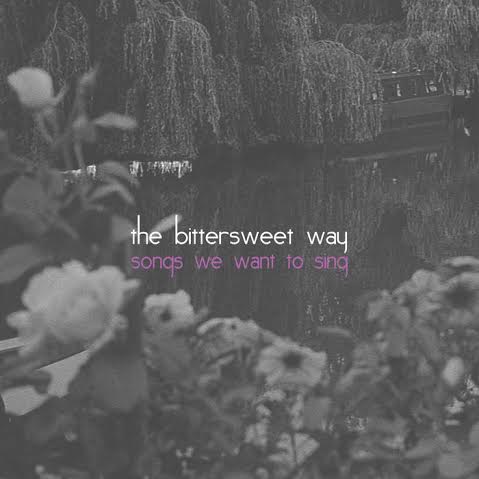 Never reckless, always deliberate, lead vox/guitarist Jedidiah Foster of The Bittersweet Way chatted a bit with Song River, staff writer at YabYum, about their new album, Songs We Want to Sing, due out later this week!

Song River: Let’s talk about the songwriting on this new album, Songs We Want to Sing. I believe you were quoted as saying, “Sometimes the best songs are the ones that happen without effort.”

Jedidiah Foster: For me, I’ve found that the songs of mine I end up liking the most are the songs that almost write themselves. They are the ones that always end up resonating the most, personally. They aren’t as filtered, so thoughts come out that I wouldn’t normally think to express. Lots of common, recurring themes happen…  each time with slightly different perspectives. I wish I could work that way all the time.

SR: Where were you when the first song effortlessly came to light?

JF: The first song for the EP is “Goodbye In C”. It was written immediately before running out the door on my way out to California to play an acoustic show. I played it that night. The effortless song phenomenon goes back almost as long as I’ve been actively writing songs. The very first album I made – Rain Dancing – had a completely different track listing when we first started recording it. I kept writing new songs during the recording process that I liked better than the ones we had planned!

SR: I overheard another artist recently said toilet paper was one of their favorite items to use to ‘jot’ down ideas… how do you personally, on the norm, partake in songwriting?

JF: It depends. I almost never write anything down. I will occasionally record myself playing things on my phone, but not very often. In general, my rule is that if I can’t remember it the next day, then it clearly wasn’t good enough.

JF: There are absolutely times when it feels forced. Inspiration is an elusive thing. Art versus craft and all of that. I have personal tricks to find it…  the most common one is writing about writing. A LOT of my songs are about writing songs. The songs that feel forced don’t last. They aren’t usually fun to play, and people don’t connect with them as a result. Usually they won’t ever even make it to the performance stage.

SR: Why on this album did you feel the need to arrange, record, and mix as quickly as possible? Is this production looking to 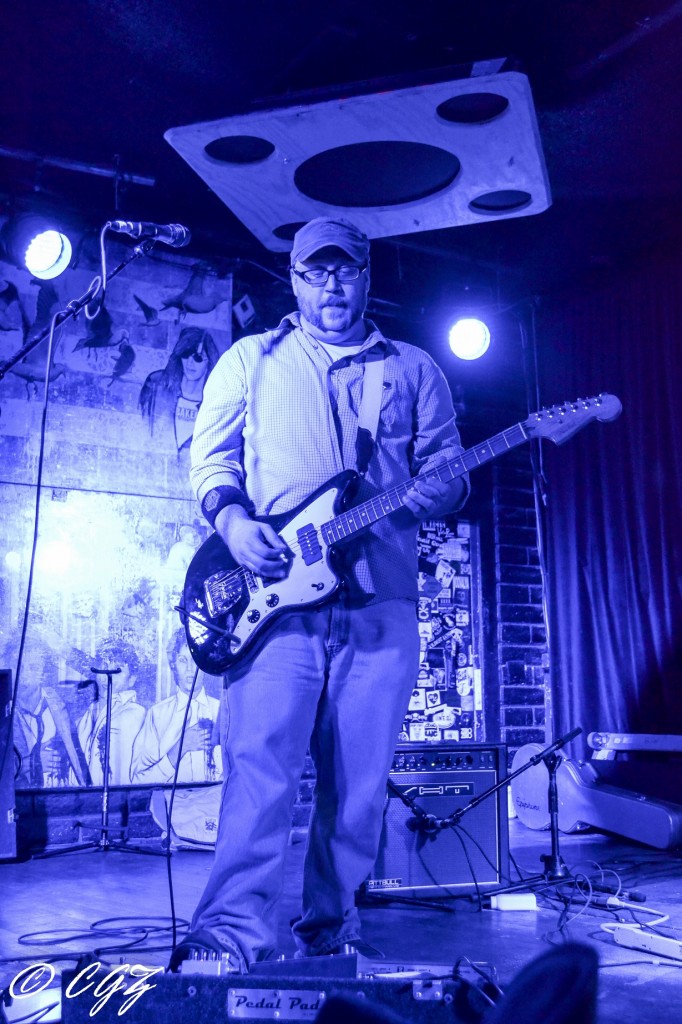 be in real-time? Is it a step into the organic?

JF: I think it was really just a matter of trying to keep the sense of immediacy that we were going for in the songwriting. I always arrange on the fly, so that part wasn’t really new, but I also have a habit of obsessing over the mixing stage for WAY too long. I wanted to break away from that, and see what we could carry out with a very tight timeline. In order to force ourselves to work quickly, we had our release date and a mastering date set before we ever started recording. We didn’t even have the last song written at that point. That final song ended up being the single – “Not Sad Tonight”. We ended up getting done way ahead of the imposed schedule we had set. Just a couple of weeks from start to finish. And I was working with a broken rib and a crazy work schedule at the same time!

SR: Buzzwords such as “Indie” and “Organic” are being used commonly now its seems to describe toothpaste, beauty care products, food, beverages, clothing and even art. What do these two buzzwords mean to you and are they holding the same meaning as they once used to?

JF: As buzzwords, they definitely don’t hold the same meaning they once did. I feel like those are words being used to lend a sense of authenticity to a process that is not very authentic at all. Unless you’re recording live in a room together, there’s very little that is organic about the recording process. I think there are approaches that can make the end result FEEL more organic and human…  but many of those approaches involve extra trickery to meet that result. As far as indie goes, I think we fit that bill about as well as anyone. We do EVERYTHING ourselves. Writing / recording / artwork / videos / releasing / booking / press. Everything. The only thing we don’t do ourselves is the mastering of the records…  and we used to do that ourselves, too. Well worth the cost to have a professional do that, though. It makes all the difference in the world.

SR: Let some light in on the album cover idea?

JF: As with many things in Bittersweet Way land, it started as a joke. I had a couple of ideas, and joked that we would just do two different covers. Then, I thought that since there was 5 songs on the EP, that every song should have its own cover. And then I started telling people about it, so I had to actually DO it!  There is an “official” cover, but I like the idea of having different things out there. For the release show, they’re all going to be wrapped up, so you won’t know what cover you’re getting.

Speaking of jokes, all the artwork is made up of pictures from Manchester…  because of Morrissey.

SR: Why did you decide to join forces with Onus Records? How as it working with Serene Dominic?

JF: That man is one of the few bona fide geniuses in Phoenix. I also play in his backing band, The Gemseekers, so it was a natural move for us to start working with him. I don’t want to spoil any of the fun around Onus Records, so I’ll just leave it at that.

SR: How often does The Bittersweet Way like to put out new music? How important do you find keeping it ‘fresh’ to be? Is it important to you to do new material or do you get that extra spark of charge when its an old favorite and the audience is singing along with you?

JF: This will be the 5th release in as many years. I think that putting out something once a year is about the right frequency. A couple of years back, we mostly threw out our entire back catalog and started over. I think it’s important to have those ties back to the past the people can connect to, though. So, we certainly make a point to play some old favorites. For our release show, we’re going to be bringing a notorious old song out of the archives.

SR: Is the world always in need of that special Morrissey style and touch? 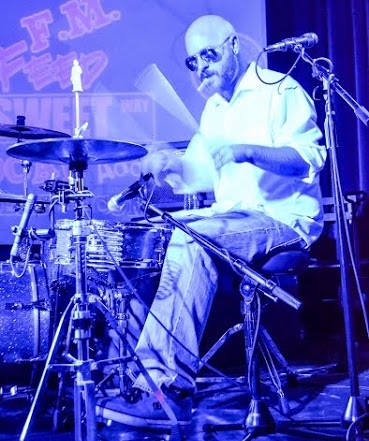 JF: Always. It’s always been humorous to me that my voice gets compared to Morrissey so often. He was never really an influence on me at all. I think I just naturally gravitated toward pretty melodies, and I’ve always been more of a crooner. So that’s how things come out. As always, I take the things that make me laugh and turn them into songs… so we really leaned on that with this release. The single is specifically about how I sing like Morrissey, and one of the other songs references listening to his song, “My Love Life”. The video for that song features him driving a Rolls Royce around Phoenix circa 1991.

SR: Shoe-gazing is a term well-known in the UK… do you feel this new album partakes still in that same motion to some degree, or how do you view it?

JF: The second song – “Nonfilter Fantasy” – is definitely a shoe gaze-y song. That style of music had a huge impact on me when I was younger, and it always comes out in almost everything I’ve ever done. The chiming tones and washes of tremolo and delay are touchstones for a lot of my recorded output. This record actually probably has the least amount of those tropes than anything I’ve done in recent years.

SR: Your release is set foor July the Fourth at The Rogue Bar in Scottsdale. Any special message behind that particular date and chosen and the elements behind this new album Songs We Want to Sing?

JF: We’re releasing a record that reflects British influence in lyrics, sound, and artwork on July 4. That’s hilarious to me. It was serendipity, in the sense that it wasn’t really planned. I was working with Manny at The Rogue to try to line up a date, and he’s the one who suggested it. It’s kind of perfect. Celebration is already the order of the day…  so come continue the celebration with us!

Songs We Want To Sing will be released to digital storefronts and Bandcamp on June 30. A limited edition CD will be released on July 4th at The Rogue. The CD will be released in 5 editions of 20 – each with a different piece of cover art. The 100 total CDs will be wrapped up so the cover can’t be seen, so no one knows which cover they are getting at the time of purchase.

Genre, Manifest Sound, Field Tripp, and Some Magical Animal** will also be performing at the release show. The digital release can be pre-ordered now, right here. The pre-order includes an immediate download of the lead single “Not Sad Tonight”.

** Correction: The bands listed here were altered due to an error in our initial published content.