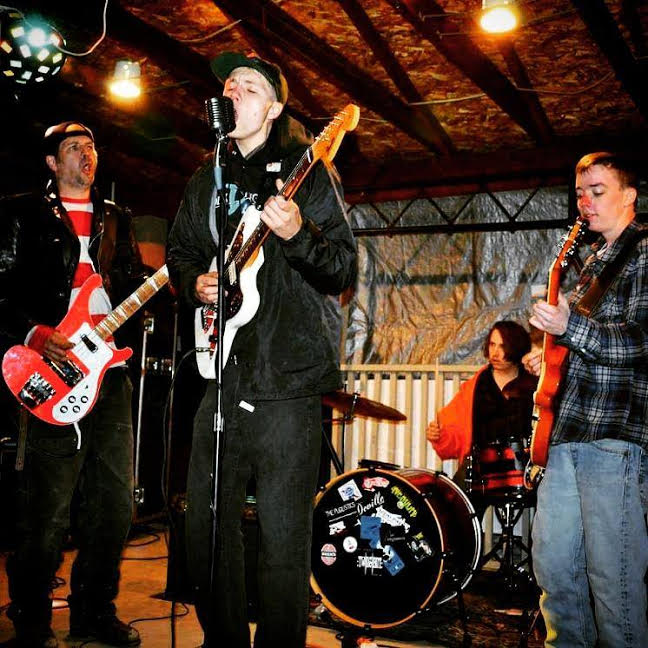 Get to know Andrew Hosley, frontman of the up-and-coming four piece Joeseph Jaymes who, inspired by the sounds of old school punk and grunge, started making their mark on the Phoenix scene this year.

Eric Gallagher: So first, this is the part where I would be like, “Andrew Hosley sits on the couch looking kind of sweaty with his water. He dons a Vans cap and blah blah blah,” but so what, uh, what are you doing? What are you doing these days, man?

Andrew Hosley: We’re playing a shit ton of shows, we’re playing with our cocks and we are recording our first album right now.

EG: And what do you sound like? Describe your sound using sitcom metaphors.

EG: Yeah, like, do you sound like the way Ross feels about Rachel in season 3 of Friends or like, the way that Kramer’s apartment probably smells?

AH: I’m gonna say we sound like the taste of Jerry Seinfeld’s taint in the summer of New York in ’86.

EG: Awesome. So you’re working on an album. How’s that going? Where’s it at?

AH: It’s going… I’m not used to recording in giant studios and that’s where we’re recording right now is at CRAS [The Conservatory of Recording Arts and Sciences] and so it’s pretty intimidating, but it’s going pretty well so far. The more we record, the better it sounds, so we kind of have to re-record a few things. But it’s gonna sound good.

EG: When are you planning on releasing it?

AH: Whenever things pan out. I am also now recording—Well, I just kind of finished the last track of like, my rap project. The album is called Six Hits and that’s been taking up a lot of time, too, and it’s kind of stupid of me to be playing shows, but I feel like it’s kind of important to get out there as well as record, so… it shouldn’t take more than another month or two.

EG: And the rap album is with K Dangerous?

AH: Yeah, K Dangerous definitely features on it a lot—most of the songs on it.

EG: So, how did Joeseph Jaymes come together? How long have you guys been a band? How did it happen?

AH: As a band, we’ve been together since probably the beginning of the year, but I’ve been writing all this material since I was like, fifteen. I’ve just been going through crazy life shit so I haven’t been able to settle down and put together a band so it’s just kind of been me working on and writing all the songs. But I’m pretty grateful to now have a group that can fulfill the vision that I’m going for.

EG: I was gonna say, I’m surprised that you guys have only been playing together since the beginning of the year because the live show is so tight.

AH: Thank you. Yeah, I disagree, but I will fucking take that and I will cherish it.

EG: Your lyrics kind of range from being cryptic and poetic to being really blunt. It’s a good balance. Where does that balance come from?

AH: When things are hard to explain, it kind of comes out cryptic and poetic, but then there’s times where—I’m a really blunt and straightforward person so I think it just comes out that way as well. Everything that I do is kind of south/north, everything is fuckin’ black and white. That’s the whole concept for our album, Sad Songs for Angry People. It’s this really Gemini feel that just naturally comes out in the lyrics. That’s just my fuckin’ life. 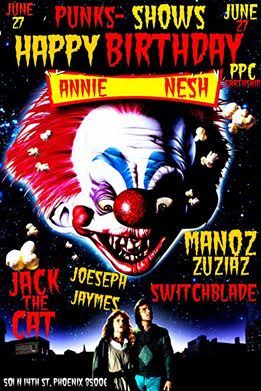 AH: June 18th. PPC Earthship, 14th Street and Taylor. It’s gonna be a fucking party. There’s a few punk rock bands and we’re the only band that is not punk rock. And then the Smiling Faces, plus Ancient Egypt are gonna play Spinelli’s on Mill on the 20th, and the 27th we will be playing PPC Earthship again with Manoz Zuziaz.

EG: Why should people come see you perform?

AH: Well if they don’t fuckin’ want to, then they don’t but I would recommend it. I don’t know, I haven’t heard any local bands that sound like us. It seems like it’s a lot of pop-punk fuckin’ garage band-type groups… Nothing wrong with that whatsoever, but I feel like there should always be more… More heartfelt fuckin’ bands out there, and that’s what I try to do is just put myself on the table. Like, I’m just laying myself out. I just try to be as genuine as possible. I feel like a lot of bands lack that.

EG: Yeah, we’ve talked about how there’s a lot of like, stage persona-esque things, and you guys don’t really pull that. Like presence vs. persona, you know?

You can check out Joeseph Jaymes at PPC Earthship on June 18th and 27th, and Spinelli’s on Mill on June 20th, and check out their song “Whoremoans” on Soundcloud right here.