Futuristic might arguably be the most prominent Arizona HipHop artist on the scene at the moment. Once you listen to The Rise you might have an idea as to why. The album opens with an homage to another famed AZ resident: “The Greatest” or Muhammed Ali. As the album progresses, Futuristic delves into the introspective journey of the artist on precipice of burgeoning success. At thirteen tracks, The Rise won’t be short-changing Futuristic fans. You can preview and purchase The Rise through iTunes here. 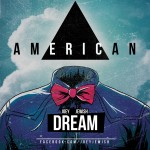 Izzy Mintz offers up chillwave with a smoothly styled HipHop in his latest release. Phoenix: AfterHours features new material from Izzy Mintz since he made the move from Las Cruces, NM to Phoenix. The album also boasts a number of appearances from other AZ artists like Stefani Monet and Tiffany Nicole as well as some names from beyond our borders like Vee Tha Rula. Listen to Phoenix: AfterHours by Izzy Mintz here. 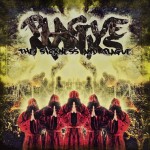 The Sickness and Plague

Doom-Hop? Hell-Hop? We’re sort of at a loss to describe the dark and sinister HipHop stylings of Phoenix’s Plague Monks, but we’re certainly having fun trying. Released earlier this year through Cane Corso Records, The Sickness and Plague proves far more listenable than those labels initially had me thinking. I found myself lost in the chill lull of songs like “No Destination to Welcome Me” and “Wicked Witch of the Well”. Give Plague Monks’ The Sickness and Plague a listen here. 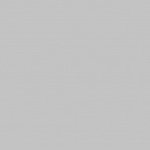 Red River Rebellion comes to us from our friendly northern neighbor and I don’t mean Canada, no matter what the name suggests. I know you’re probably thinking, Flagstaff has HipHop? Yes. Yes, they do. It’s decidedly apropos that they take their name from an event in Manitoban history because they’re MC-style reminds me of some Canadian HipHop acts like Pip Skid or others on the Peanuts & Corn label. The Horror is a story-telling endeavor for the Red River Rebellion and one I enjoyed, for the most part. The exception being the singing interspersed amid the rapping on “Part Four: O Lord”.  Listen to The Horror for yourself here.