Local filmmaker Matty Steinkamp has his biggest project to date underway and you should all be excited. The documentary focuses on musicians and educators around the globe. Contributors gain access to behind the scenes footage, score VIP passes to the Phoenix screening, or even earn producer credits. Head here to learn more and make your contribution!

JP Frydrych is ready to cook up something clever and kitschy in the new Jump Ship production of The Terminizer, “A short film about a killer robot driving instructor who travels back in time for some reason. His best friend is a talking pie.” Coughing up some cash to get this project running can earn you early digital copies of the film, an expression of gratitude in the film’s credits, or even a role in The Terminizer. Head here to learn more and make a donation!

R.Ariel has been maintaining a heavy tour schedule in the U.S. and Canada since March of this year and, during that time, she wrote a book about her experiences on the road. Her tour ends in July, but R.Ariel doesn’t plan on stopping there. She’s lined up a two-month European tour to celebrate the release of her book and she has a new album in the works. Those are costly ventures and she could use a little listener support. Contributors can earn early copies of the new album and/or the new book as well as other cool rewards like weekly postcards from different European cities, private concerts, a book of pressed flowers, or R.Ariel’s Curators Choice certificate from Noise Fest with Brian Eno’s signature. Learn more here and contribute! 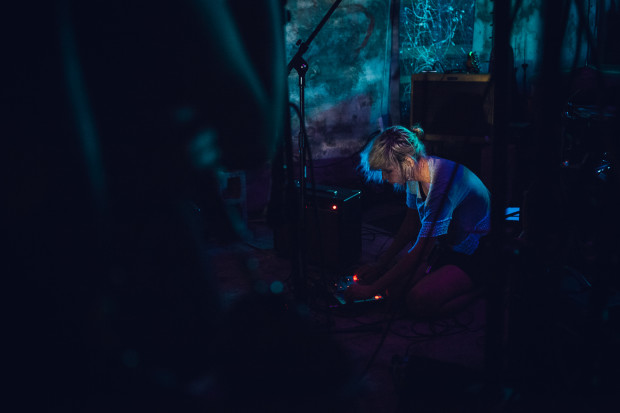 The Phoenix, rock/soul fusion band known as Lane Change is ready to record their debut album. If you haven’t heard them before, you’re missing out. Lane Change has played more than 150 shows since their inception so they developed their chops before heading into the studio. Help Lane Change meet their production costs and you can earn early copies of the album, signed drumehads, a SKYPE concert, a private performance, and more! Head here to learn more and help out!

Writer Todd Vanhooser teamed up with artist Ethan Scott to create Laughing Moon: Song of Dominion, a four-part fantasy graphic novel. They brought in models and costumers to create live-action shots for the creation of the comic series. Contributors can secure their own copies of the four-part series, print or digital, as well as other rad prizes. Head here to learn more and contribute!