The Hourglass Cats have their own distinctive bluesy-garage-rock, desert-reggae sound guaranteed to get barroom patrons dancing before the first chorus of their set. The same might be said of their latest track, “Be That Way”. Recorded in 432Hz at Loud Audio Recording in Glendale, “Be That Way” has all the feist and fire you want from a summer rock anthem. Give it a listen right here. 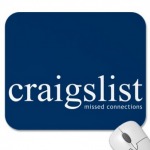 Any song that begins with the phrase “Wal-Mart hottie” is likely going to score at least two complete listenings from me no matter what follows. Treasure Mammal once again goes beyond music-making to social commentary that doesn’t smash you in the face with boring rhetoric. Instead, it comes in a candy colored observations that are dripping with irony and painfully human with all the humor and tragedy that implies.  Describing much more than a missed romantic connection, Treasure Mammal encapsulates the present-tense in “Missed Connections”. Listen to the new T.Mammal song here recorded at 513 Recording! 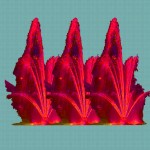 Harrison Fjord counts quite a few players amid its ranks, seven to be exact, but they manage to achieve a crisp and cohesive sound on “Approximately 906 Miles”. R&B meets 60s psychedelia for a mellow musicality that will leave you wanting more. The single came out just about a year ago, but, word has it, Harrison Fjord is in the studio laying down some new tracks. So, if you haven’t jumped on the Fjord train, now’s a good time to do so. Listen to “Approximately 906 Miles” right here.

Tucson’s Desert Mambas released a two-track demo in April featuring “It’s Been a While” and, my new favorite song to sing in the shower, “Notes from Chicago”. Bluesy with a 1950s revivial rock core and a dusty desert glaze, Desert Mambas achieve something cool and slightly aloof in just two tracks. I suggest you give their demos a listen just so you can say you were a fan while they were still way under the radar. Check out the Desert Mambas here. 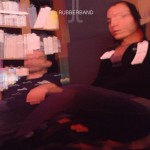 Japanese Large is an electronica-infused indie act out of Phoenix with some uniquely listenable music. For example, take “Rubberband”, the band’s latest single which came out in May. There is something decidedly upbeat about the song despite being downtempo. It’s chill from beginning to end, but Japanese Large can inspire some serious head nodding in the course of one track. Listen to “Rubberband” here. If you dig that track, I suggest looking back a little further to the three-track release Japanese Large put out in April.