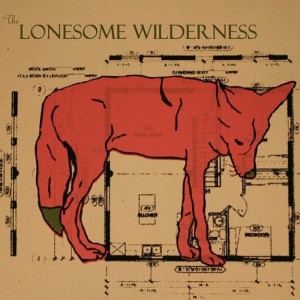 I’m hooked on the southwestern sound of The Lonesome Wilderness. The Phoenix five-piece manages to infuse just enough garage grit in with their windswept psychedelia to keep things feisty. Their self-titled debut opens with “Cigarettes”, the first single from the EP. This track definitely put the band on my radar last December when the single was released and I was eagerly anticipating the remaining tracks. And, thankfully, The Lonesome Wilderness proved worth the wait. The second track, “Wasted”, offers more of that resurgent rocknroll served with heavy layer of barroom grime. “Hundred Years” and “Tropicana” incorporate some thowback pop elements into the overall L.W. sound just in case you were starting to worry about the authenticity of their indie affiliations. “Knives”, the fifth track, closes down the EP with some amped up energy. I can really see The Lonesome Wilderness pushing a crowd into a frenzy with this one. And, by the way, this is definitely a band you want to see live. If you missed their show at the Crescent Ballroom on Sunday, don’t freak out just yet. You can catch them performing at Pho Cao on June 13th. Until then, enjoy the self-titled debut from The Lonesome Wilderness here. 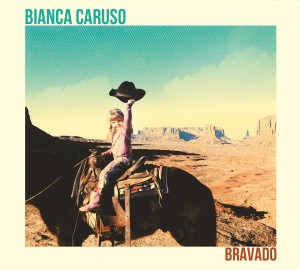 Austin singer-songwriter Biana Caruso packed up and headed to Los Angeles, but that doesn’t mean she abandoned her southwestern sensibility when it comes to music-making. Bravado was released in March of this year through Randm Records out of San Diego. The album opens with the title track; a lively number that delivers a tasty contrast to Caruso’s smoky vocals. The second track, “Rodeo”, tempers down the beat but not the fire. Caruso quickly establishes herself as a vocalist of astonishing talent on Bravado. Songs like “Lonesome at Last” and “Rodeo” really showcase her mad singing skills in case you need more proof than my word alone. On “I Wanna Go Home with You” you might recognize the vocal addition of Lee Ferris, her musical partner in the duo Freddy & Francine. Choosing a favorite song from Bravado is next to impossible. This is an album to listen to beginning to end, repeatedly. The bluesy Americana of Bianca Caruso will fill your soul. Preview the album here and purchase your own copy from Randm Records. 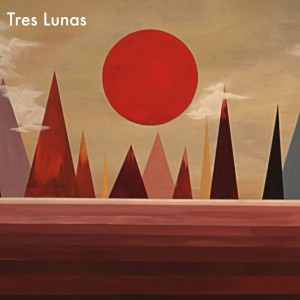 Alas, the Tempe known as Tres Lunas is no more, but before departing they left their fans with this little gem of an album. La Sombra Negra is ten tracks of Spanish folk music with indie rock underpinnings; perfect for a sweltering summer evening spent with close friends and cold drinks. The album opens with “Brotan las Guitarras” and, as a person who dropped out of Spanish 102 twice, I couldn’t follow the spoken introduction, but when the music started in full on “Huaca de la Luna”, the language became universal. La Sombra Negra speaks to me in a language of beauty removed from the confines of semantics. This is definitely an album worth hearing for fans of indie and world music alike. “La Marcha de las Tortugas” and  are personal favorites, but every song has enjoyed considerable airtime this week down at YabYum HQ. I’m sorry to say this band came and went without me ever getting a chance to see them perform live. Thankfully, La Sombra Negra is quite a memorable parting gift, one I suggest you spend some time with. Listen to La Sombra Negra by Tres Lunas here.