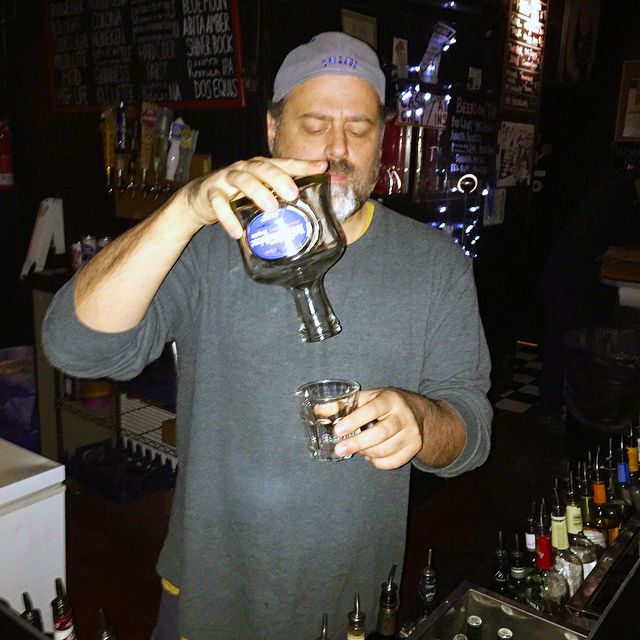 Either by necessity or forced attrition. I bought a bar 8 years ago that was a hipster night club and we had capacity turnouts every Friday and Saturday for two years. I thought I was a genius. Then the economy dried up and we had to change things up or shut things down. The crowds stopped coming out for weekend dance nights. We focused on building up our Sunday thru Thursday nights and now we do live music 7 days a week. We’ve had our ups and downs, but the doors are still open.

Seeing people take the stage. Watching these kids write down their most personal, intimate thoughts and feelings, put it to music and sing it in front of a room full of strangers. That’s vulnerability. All the while hoping that no one boos or laughs at a song about how their dad abandoned them or how their girlfriend is a tramp. I’m also inspired by the journey. Banana Gun played their 2nd show ever on our stage and now they’re superstars. That’s probably not why they’re superstars, but sometimes I tell myself that’s exactly why they are. We’ve had other acts that have either played their first show here or got started at our open mic. Then they eventually put out a record and do a record release show. I get to watch these bands cut their teeth and find their identity. Fast forward a few months and they do a release show to a capacity crowd and I sit back like a doting father.

From October to about May, there really isn’t anyplace better. I’m originally from the Midwest. I read these reports about record cold or snowfall and I get confused because I don’t remember what that feels like.

I used to bartend at the Rogue Bar. I have since removed myself from those duties. I can still be seen walking thru the premises with several days of hair growth on my face and I’m usually carrying a computer bag. I’m the guy that looks like a transient, a secret shopper or Serpico.

I used to joke about being 8 years into my 5 year plan. I guess it’s really not a joke. Personally, I’d like to live on a remote island in the Aegean Sea for half the year and come back and run things at the Rogue the other half. Hopefully that will happen sooner than later. Professionally, I’ve talked with friends about possibly moving things downtown or creating a touring circuit in the Southwest or even starting a label. This talk usually stops once the alcohol wears off.

I have a John Lennon quote on my Facebook profile. I think it makes me sound smart. The quote is “Life is what happens to you while you’re busy making other plans.” That’s not really a mantra though, it’s more of an observation. My mantra would be “Just shut up and do it already.” Six months after I bought the Rogue, I realized I could have done this five or ten years earlier. That would have put me that much closer to the remote island scenario. Figure out what makes you happy and then do that. Figure out what doesn’t make you happy and avoid doing that or do the opposite of it. 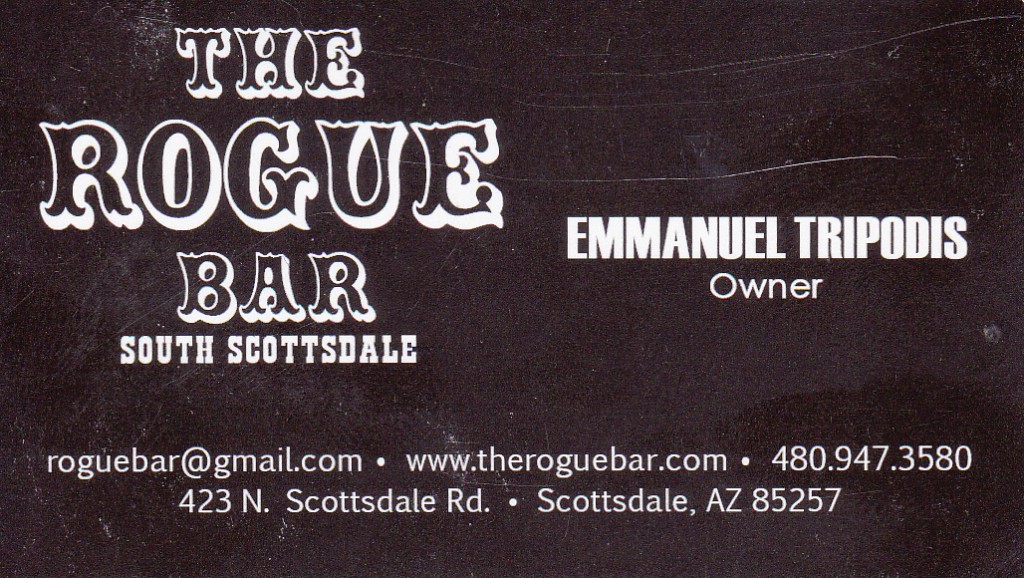