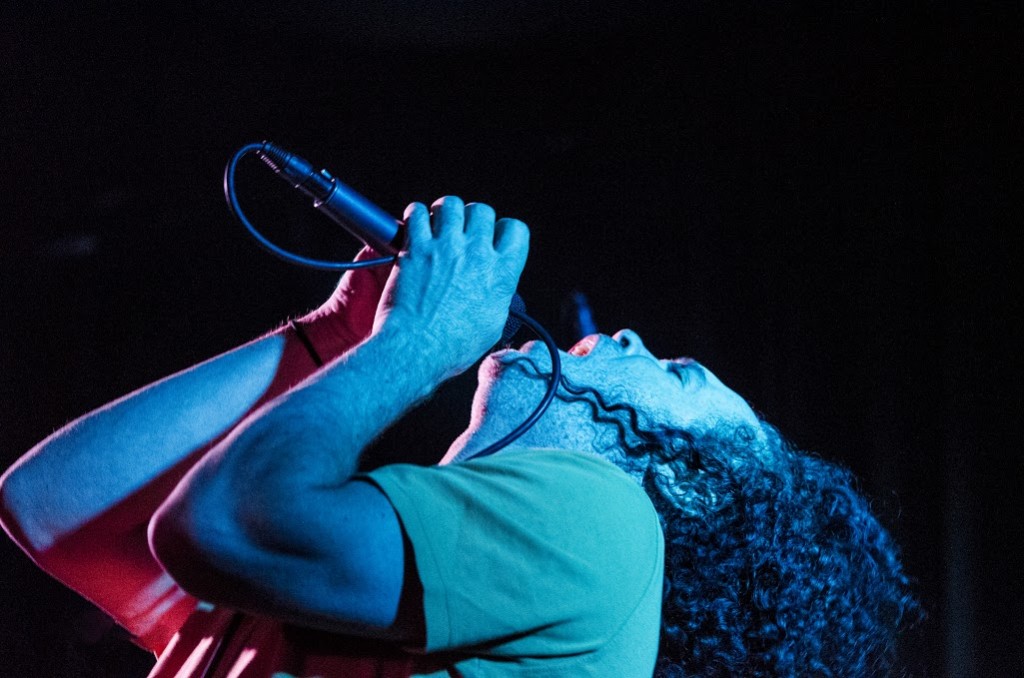 Marc Norman of Ghetto Cowgirl. All photos by Song River.

Tramps & Thieves has long been a favorite among the roots rock fans.

Sharing vocals, Scott Howard and Emmett DeGuvera always engage their audience, as they poke fun at themselves for often forgetting their lyrics when playing live. “We’ve only been playing this song (“Next Time”) for what… FOURTEEN years?” Scott shared with the packed house jokingly, after forgetting said lyrics. Of course they’re always able to take what they dish out, and have fun with it back at themselves. 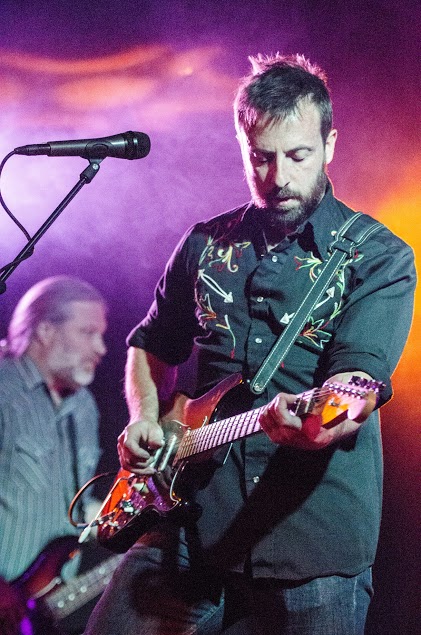 Having toured the western part of the states, and parts of Mexico this past year with Roger Clyne and the Peacemakers, they’ve just announced their plans to add a European Tour to their repertoire this year as well. Scott B. Seymann, their drummer, is more than ready for what comes with their tour overseas, and their bassist, Andy Jensen, is taking it all in as he always does in his ‘laid back’ style.

Emmett was overheard last night talking with their promotions manager, Whammybar Productions, about his excitement. When I asked him about how he felt on touring the regions of Germany, Austria and Belgium he said, “I have wanted to tour Europe and Germany in particular since we started Tramps & Thieves. I understand that they are very passionate about American artists and we are excited to be sharing our songs with them.”

The Last Exit line up consisted not only of country-rockers Tramps & Thieves, who opened the show, but with Ghetto Cowgirl and Greyhound Soul as well.

An all American Triple Decker always needs that awesome music in the middle to gel both ends of rock together and Ghetto Cowgirl did just that.

Marc Norman consistently delivers the classic rock persona with his band mates. Their bassist, Scott Andrews, holds together the rhythm with playful ease – mastering the balance along with Curtis Grippe on drums and Thomas Laufenberg on guitar. Marc and the band are tight, playing off one another as Marc continually pleads to his audience to go and check out the Mexican Moonshine (Roger Clyne and the Peacemakers brand). The ties that Marc has with radio here in the Valley on KWSS make his persona quirky and likable. His vocal strength and agility on stage make him a true front man – Marc is Plantified Zepplinisck.

Rounding out this delectable feast of rock goodness, Greyhound Soul solidly – in classic 12 bar blues status – brought the vocal’s of Joe Peña to the fans. Greyhound Soul is a bluesy, alt, DIY rock style featuring Duane Hollis (bass guitar, vocals) and Alan Anderson (drums) along with a rotating cast of exceptional musicians. Spanning six albums, and coming from the town known as The Old Pueblo, Greyhound Soul has brought together a fan base that has grown far beyond Tuscon, Arizona.

Joe is well-known for his blues style, he recently in April opened for legendary Leon Russell, and what he claims is his ‘Desert Rock’ sound. Joe’s style is decidedly his own rock blues filled with guts, edge, and a solid serious tone. His deliverance is mature rock, and he makes the whole room move to his sound of Greyhound Soul.

Overall the show met expectations and then some. It was a complete meal, as each style of music among musicians that respected one another seamlessly flowed into distinct sounds, honoring the roots of rocknroll. Last Exit Live always delivers the stage of lighting and sound to give the fans their due.

Tramps & Thieves have scheduled more Valley shows before they leave on their European Tour, and rumor has it that possibly towards the end of this year (after they return to their beloved southwestern desert valley) they want to have a big party and invite all their band mates, and fans. We all can’t wait for that one! Check them out on Facebook.

If a summer’s vacation sends you down Mexico way, by all means catch Ghetto Cowgirl in June outside JJ’s Cantina. Meanwhile, follow them on social media to stay plugged into their performance dates.

Catch Greyhound Soul and Joe Pena regularly between Tucson and Phoenix, check in often on Facebook for dates, locations and times. Always a great show and an evening of music to remember for days to come. 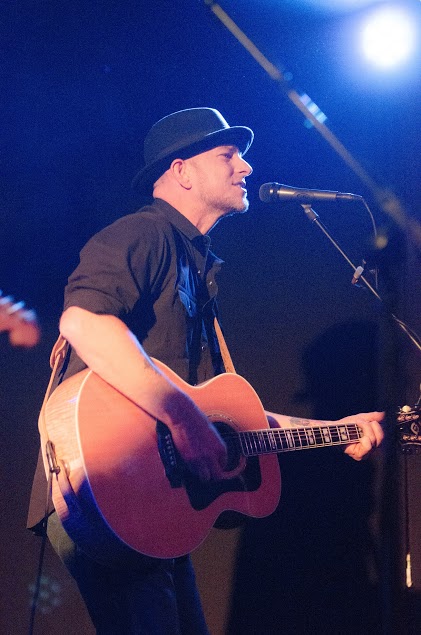 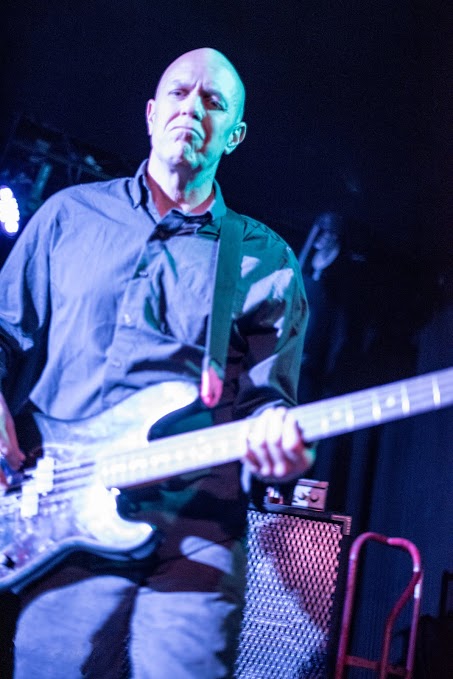 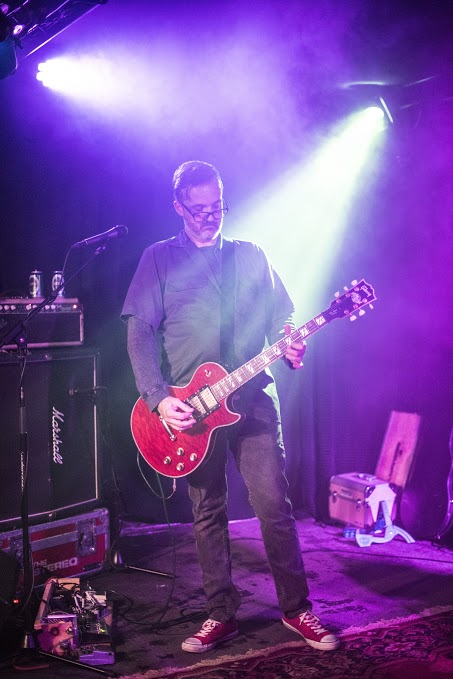 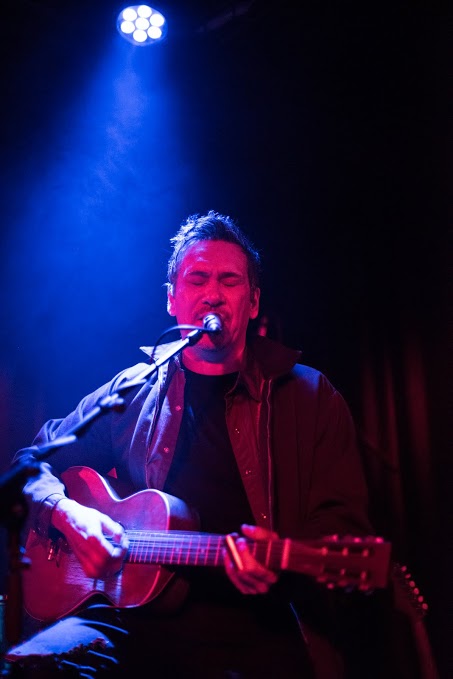 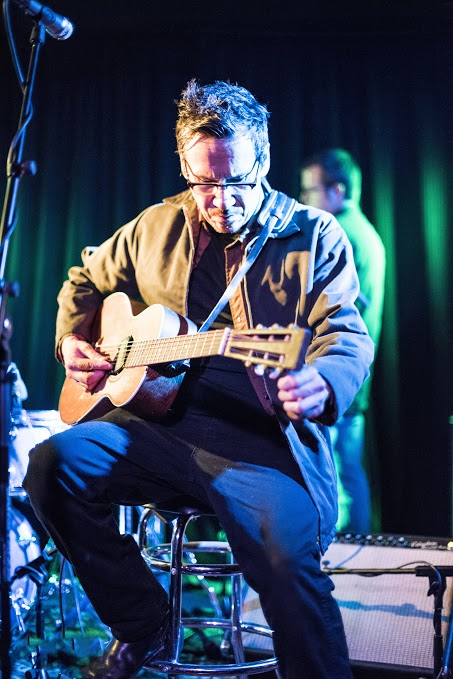 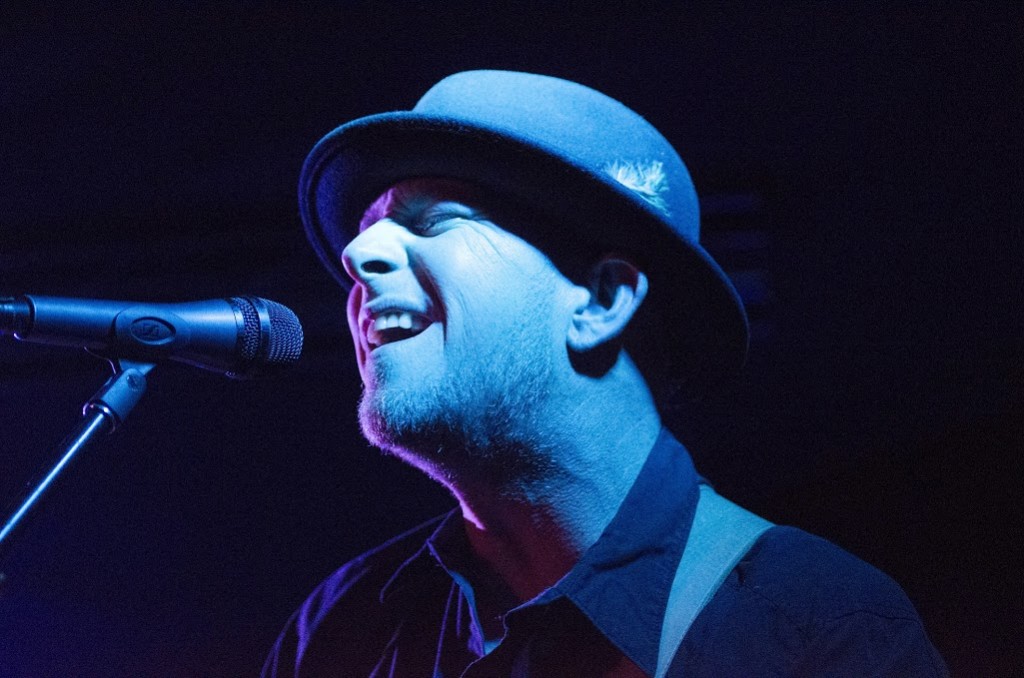 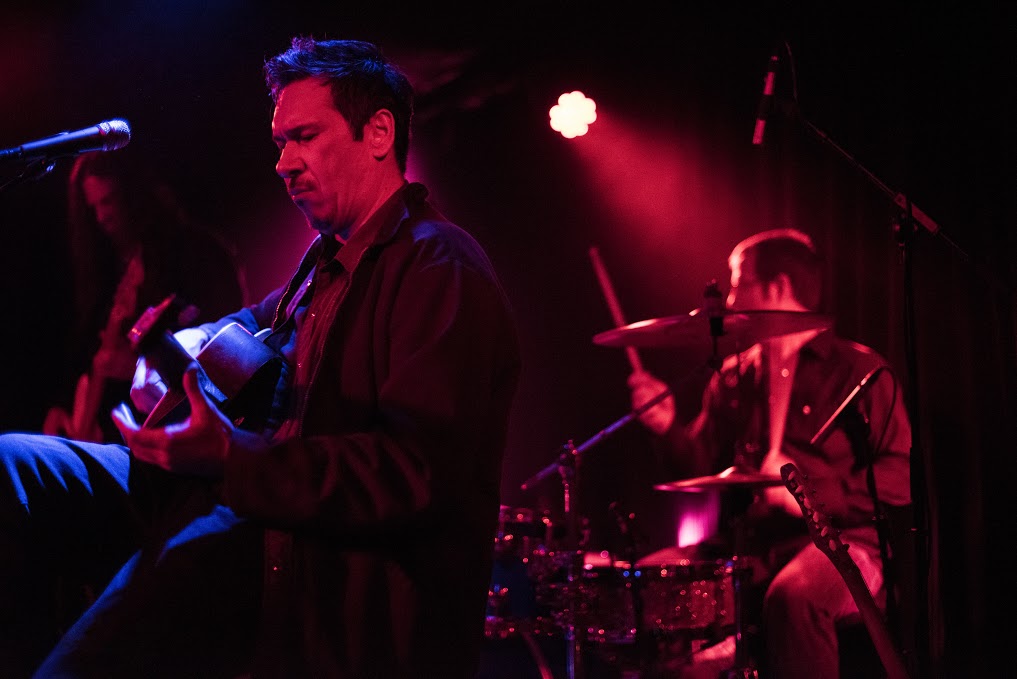 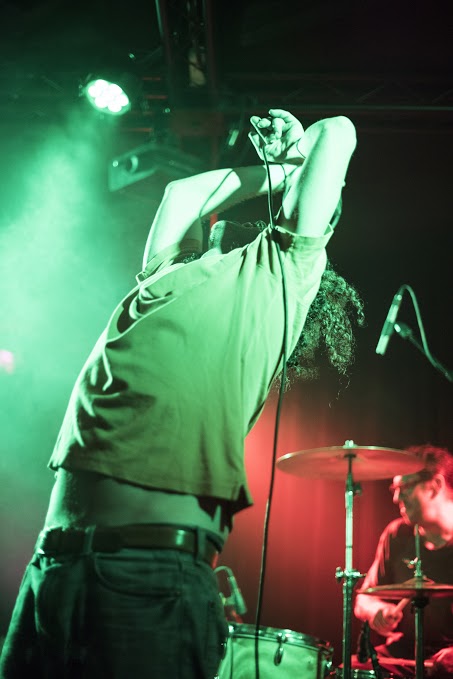