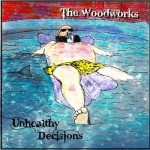 The Woodworks put out one of our favorite albums last year, Safe Mode. So we were more than a little surprised (and delighted) to find out the band already has a new album set for release this month. Despite the speedy turn around, Unhealthy Decisions doesn’t disappoint. Seven stellar tracks of spaced-out, bluesy rocknroll await listeners on May 16th when the band will be releasing Unhealthy Decisions at Rogue Bar. The Woodworks have assembled a lineup to properly celebrate the launch of this release into the aural atmosphere including The Haymarket Squares, Fairy Bones, After Nations, Rolling Blackouts, Larkspurs and Deadfoxx. The band has offered up a sample off the new album through their Bandcamp page here. My favorite track thus far is the 8+ minute track, “The Greatest Circus of All Time”, but you’ll just have to get the album. 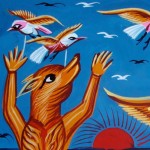 There is Danger’s debut release Living Dreams was my personal favorite of 2013 albums (actual proof of this statement here). Much like their first release, Gold Mine is a record that sneaks up on you, improving with each listening. The album’s subtlety, a trademark of There is Danger, will prove one of its purest strengths once it takes hold of you. Recorded by Jalipaz over at Audioconfusion, Gold Mine is dreampop innovation to be added to any collector’s library. Rubber Brother Records will be releasing the album on cassette, but other formats will be available for those of you no longer in possession of a tape player. The release show happens May 29th at Valley Bar with Underground Cities and Bear State. For a preview of what’s to come, you can hear “Youth”, the six-minute closer from Gold Mine and a personal favorite, here. For more information on the release show, head here. 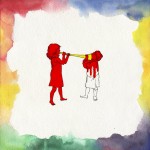 The harmonious Americana indie rockers known as Sun Bones are ready to release their first full-length since adding Laura Kepner-Adney to their roster. The self-titled release exemplifies Sun Bones’ unique style: pop-tinged, desert indie rock with the added flair of four-part harmonies. You can check out “Pet” from the forthcoming album here if you’re in need of a sample to secure your release show attendance. Sun Bones will be releasing their self-titled album on May 13th in Tucson at 191 Toole with locals Best Dog Award and Kithkin out of Washington. For more information on the release show, head here. Fear not, Phoenicians. They’ll be coming up to Phoenix on May 17th to perform at Crescent Ballroom with Head Over Heart so all you folks in the Valley of the Sun have your chance to catch Sun Bones live as well. 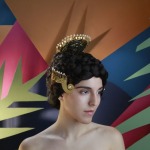 The newest album from Michelle Blades, and her first official release written and recorded in Paris, is due out on May 18th, but the fortunate folks who made it out to her Phoenix performance at The Trunk Space on April 25th had an early opportunity to score the new album. AZ fans who remember-her-when will find Blades’ music much changed since those earlier days. First of all, she’s traded in her ukulele for an electric guitar and, in turn, discarded any residual cutesy-ness for an experimental sound that must be taken seriously. Blades released a music video in prelude to the album’s release which can be viewed here. Definitely check it out. The video features the tryptic “Crush! (I Went to your Party) / Obession (Fever Song) / Crushed (Operator!)”, a favorite from ATARAXIA. The complete album will be available from Midnight Special Records on May 18th… or you can scroll through your friends to see who caught the Phoenix release show. Maybe they’ll share their copy of ATARAXIA before it becomes available to the general public. 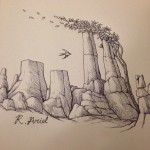 Rachel Crocker who performs under the moniker r.ariel is quite the prolific songwriter. She released two albums in 2014 and it looks like this year is also off to a great start for the musician. Currently, she is on a four month tour through the U.S. and Canada. And, later this month, she’ll be releasing a new collection of songs on the album Changer. Mellow and reflective, r.ariel provides lo-fi listening for pensive souls partial to the confines of their own bedrooms. “Inside”, the opening track from Changer, is available as a preview through r.ariel’s Soundcloud page here. She’ll be celebrating the release while on tour – at the Palisades in New York – but she’ll be back on home turf in July. She’ll be performing on July 1st at The Trunk Space and on July 4th at The Lost Leaf.