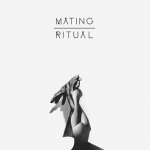 Ryan Marshall Lawhon began Mating Ritual during a hiatus from his other mainstay, Pacific Air. This new project marks his first solo endeavor and, if the latest single from Mating Ritual is any indication of what’s to be expected, we hope he enjoys working by himself. “Hum Hum” is high-energy and totally club-ready. And, I mean, like, a classy dance club, not one of those Top 40 joints where people are more concerned with what goes into their gullets than their ears. Those exist, right? Listen to “Hum Hum” here and stick around to hear other tracks from Mating Ritual. This is an act to watch.

Daisy Face has released its most dissonant track to date on a split with the band Treehouses. “Quick and Alone” is a fast-paced flurry of fuzzy guitars and tempered vocals. The first of two tracks included by the band on the Daisy Face / Treehouses Split 7″, you’ll have to procure your own copy of vinyl to hear “Cold Ghost” before they run out. You can preview “Quick and Alone” here before you make your purchase. 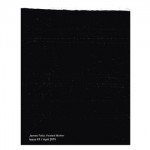 It’s strange to put a “single” from James Fella on a list of other “singles”. They are sprawling and dynamic in the way that usually only a complete album can be and also usually the length of a complete album or, let’s say, an EP. “Drum Riser” is no different. Clocking in at over 34 minutes, the slowly building piece is more an experience of ambience and noise than customary single featured on our “pages”. Nevertheless, I like it. You might too… if strange experimental soundscapes are part of your listening repertoire. Released as part of a newsprint zine, your purchase of “Drum Riser” also scores you a digital verision of the aforementioned zine. Listen/purchase here. 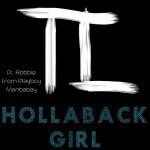 This remix from Tribal Leader featuring the vocal stylings of Robbie from Playboy Manbaby is definitely going to make my next dance party playlist. Covering Gwen Stefani’s “Hollaback Girl” with a decidedly divergent sense of style, Tribal Leader creates a dark and agitated cover song willing to self-identify that “This shit is bananas.” True story.  Way to take a song that I would never have given a complete play-through and transform it into something bizarre, erractic, and strangely listenable. Give it a try here.