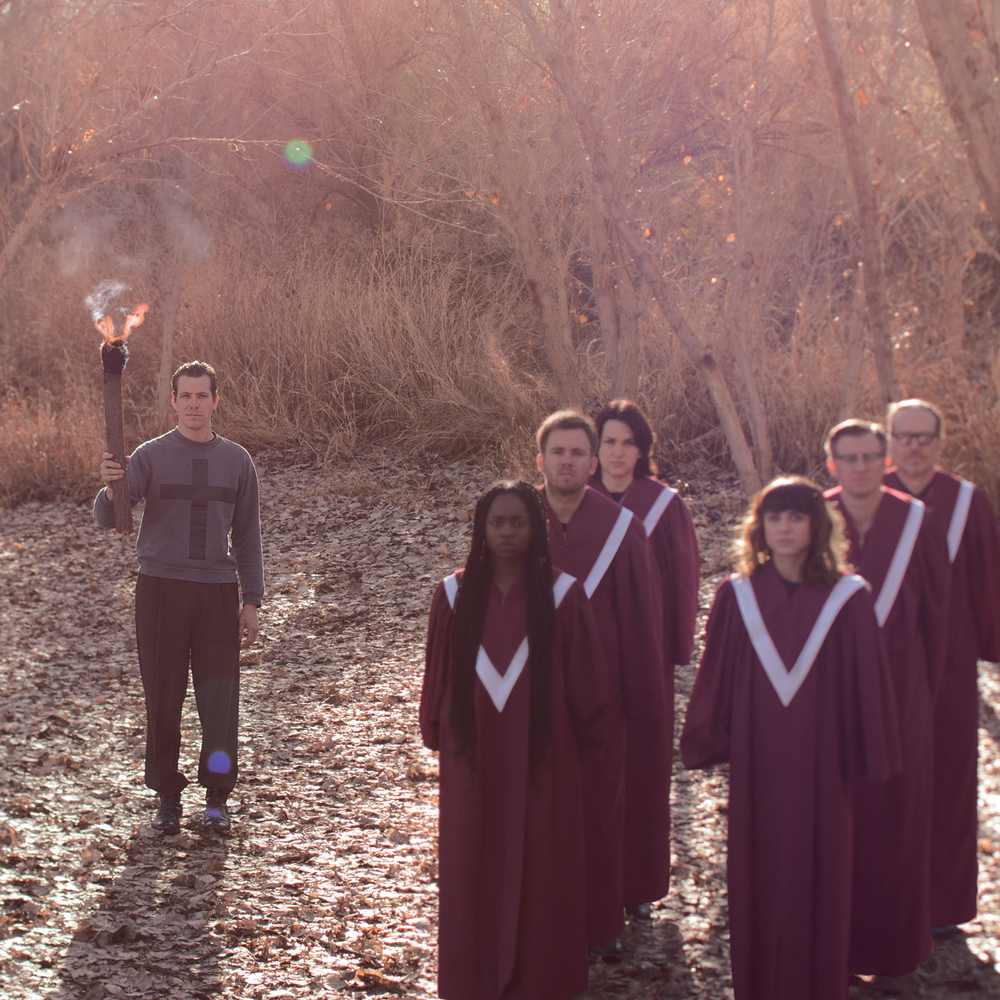 Whether playing with his acclaimed indie-rock band Gospel Claws, or as part of the vintage R&B group Samuel L Cool J, Marquard tackles a wide range of musical styles, always leaving his distinctive mark on everything he does.

His latest creation finds him stretching his musical ambition in an old-fashioned direction. The second album by his side-project The Through & Through Gospel Review resurrects the spirit of classic gospel, filtered through indie-rock, punk, doo-wop and just about anything Marquard cares to throw in.

The record, On The Lord’s Wrecking Crew (President Gator/Common Wall Media), is mostly a Marquard solo effort, aided by some guest drummers and producers. While the songs might sound at first like some lost field recordings, the production touches reveal something more ambitious.

Reverb-soaked guitars and sweeping synth strings are laid side-by-side with crackling vocals and handclaps, and while the lyrics keep to the traditional religious themes, there’s a sense of humor running through the record. The sophomore effort builds on the sonic palette of the band’s 2011 debut and Marquard’s knack for soulful, ultra-catchy tunes shines through.

While the recording might be a solo affair, the band’s live show is anything but. The 13-person group is comprised of some of the Valley’s finest musicians, making a show by The Through and Through Gospel practically a religious event unto itself.

For the vinyl release of On The Lord’s Wrecking Crew, the band took over one of the nicest stages in town, the main hall of the Musical Instrument Museum in north Phoenix, joined by Field Tripp and MRCH.

We sat down with Marquard to talk about lo-fi recordings and gospel music before their release show at the MIM.

YabYum: The new record sounds so big and almost like a live recording. But you did these songs all yourself?

Joel:  Well, I recorded the drums for “The Devil Got To Go” and we did all of “Don’t Let It Die” at a recording school. But yeah, the rest of it I basically made by myself in my living room.

It almost sounds like you recorded these out in a field somewhere. How did you get that effect?

I have a 1970s reel-to-reel machine that I got off a guy on Craigslist for like $100 and it made everything sound so cool. Sadly, it only worked for a little while, and I wouldn’t recorded directly into it, I would record into Pro Tools and then run that to the machine.

I also had a 80s journalist recorder and I would run to that too. I love it because it adds some kind of compression or something, so when the reverb hits it, it just sounds amazing. I have another tape machine from the early 2000s, and you can run really hot to that one. That’s what I did for “God Provides” to give it that punk feel. I ran it super hot. I actually have a worse version of it that I like a lot, but its pretty unlistenable [laughs].

Do you have a way of deciding if something seems too lo-fi?

I always lean toward lo-fi, but it depends on the song. Some of the them I actually just want to sound pretty good and cleaned up. I guess I’m just really into variety, I like each song to sound different, both stylistically and how its recorded. There’s nothing that’s more of bummer than getting a cd and it all sounds the same.

The new one seems like it has even more variety than the first one.

Yeah I think you’re right. And some of those were recorded around the same time as the first one, from like 2010.

How did you get started on the gospel music?

I grew up in church. My dad was a music pastor; he did, like, the choir and stuff like that. We grew up singing old hymns and everything, so that’s probably one reason. I got into roots gospel because I was at the library around 2005 looking at the cds and I found one called “Songs of the Old Regular Baptist.” It was really nice and it sounded like they were singing in a field or something, where one guy would sing a line and the rest would repeat it back. That’s what got me interested in recording something like that.

And after hearing that, I would argue that’s where rock and roll came from you know? Plus, its a big part of rock and roll tradition. A lot of important musicians have dabbled in the style, and the Bible is such a huge part of American culture that a lot of artists have written lyrics around the stories.

I think one of the first songs I got started with was “Don’t Let It Die,” but also this one called “Lord, Won’t You.” That’s one I ran to that mono cassette. It’s just “The Lord’s Prayer” and I kind of rewrote it. I was just trying to think of something new to do, and I started thinking it would be cool to make an entire album of gospel music. So I made rules that I would keep the lyrics true to the gospel tradition, and just go from there.

How do you take what you’ve recorded by yourself and make it work in the live context?

Well I have a friend in the band named Rob Withem who is in a band called Fine China. He’s just a super brilliant musician and songwriter so I just give the songs to him and he figures it out. Then we bring it to the band and work on it there.

How did you put the band together for live shows?

Well, I had cancer in 2012 and the first album came out in 2011. So a lot of musician friends I knew really liked the album, and we were putting together a benefit show to help me pay medical bills, so I thought we’d just try to do a set of Through and Through songs. I think the band had like 9 people at that point, and they all got behind it, and it was one of the coolest shows of my life.

And the New Times awarded it “Best Club Show” of 2012. I have like a plague on my wall and everything. (Laughs)

We don’t play that often cause its such a huge undertaking. But when we do, I think it’s pretty awesome.

Are you excited for the show at the MIM?

Oh yeah, absolutely. We played their once before, and I don’t normally get nervous before a show but that one was kind of scary. It’s in their big beautiful theater and during soundcheck all the sound people were going nuts because we had 13 people in the band (laughs). And like, Bob Hoag (of Flying Blanket Recording) was their talking about how nice the mics were, which made me nervous for some reason. And you look out and its super bright onstage, not like a dark bar where you can hide. I was a mess, man. But it was such an awesome experience and we are excited to go back.

To get your very own copy of On The Lord’s Wrecking Crew (on vinyl) from the Through and Through Gospel Review head here. 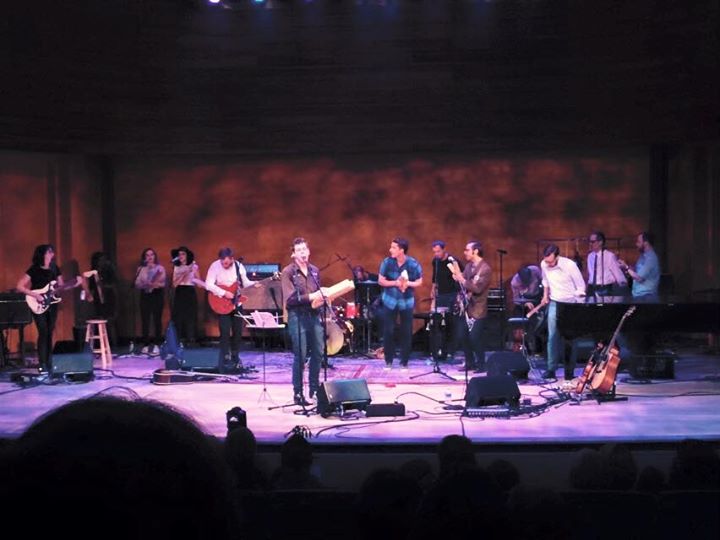