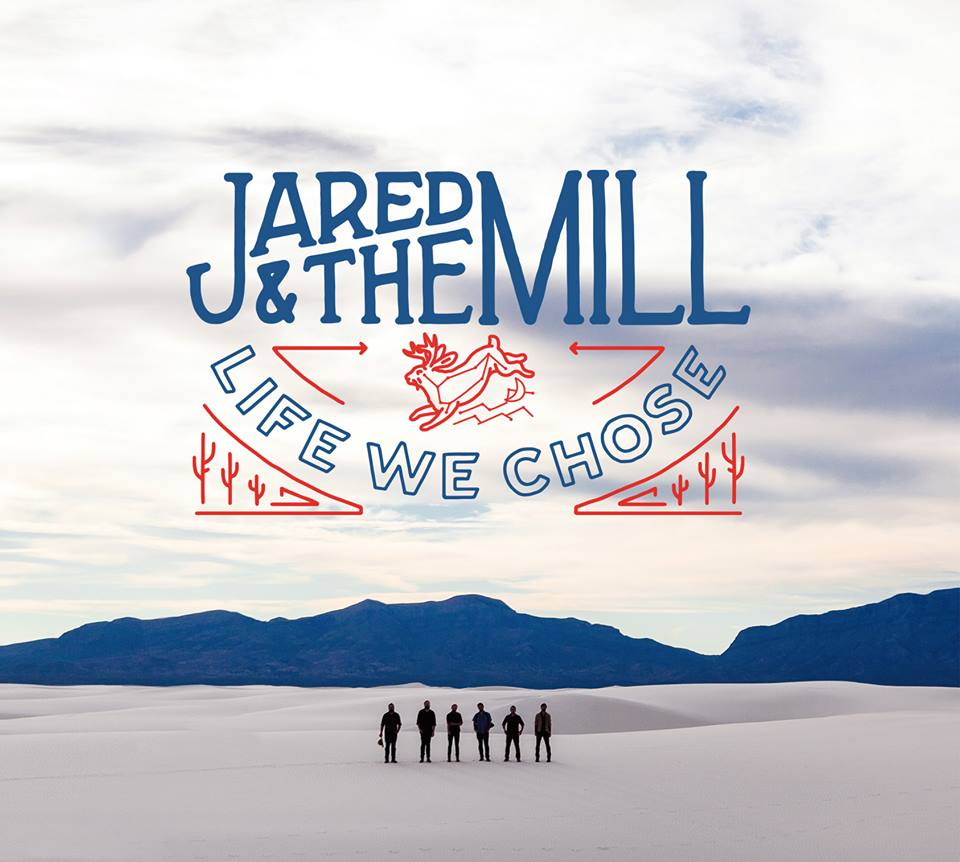 Western Expansion, last year’s record from Jared & the Mill, was/is one of my favorite records, like… ever. Seriously. The width and breath of that performance was in a word, epic, and earned them a spot as the opening act for no other than Barry Gibb.

So, upon hearing that the boys were going into the studio to record a new EP, I was baited with anticipation. And following them on Facebook, Twitter, and stalking Chuck Morris III (if you haven’t read his reviews of restrooms across the country, you’re missing out), my excitement built to crescendo.

Someone once wrote that a band’s first record is usually strong (and weak, something I don’t agree with about Western Expansion), because the band finally gets to make the record they have been dreaming about for, sometimes, years – the second record serves to solidify their place in the music universe, the third to mature and experiment.

Life We Chose settles into the second category: completely showcasing Jared & the Mill’s artistry and mastery of their song writing and musical talents.

Throughout the record, Jared Kolesar continues his wonderful ability to tell a story. His lyrics and imagery paint a portrait of the trials and tribulation of life on the road. His vocals are stellar, (again and as usual), and effortless.

“The Mill”, Michael Carter, the III’s Larry Gast and Chuck Morris, Josh Marin and Gabe Hall-Rodrigues, are spectacular as ever. Unlike on Western Expansion the boys are set loose, I mean, not like, shredding solos, but one can tell each of these talented musicians are coming into their own and adding their touch to each of the tracks.

Jared & the Mill are what’s really really really good about folk/indie music and with this record they prove that a band in this category doesn’t have to resort to thumping drums and repeating the “hook” (I’m looking at you Mumford & Sons).

The maturation of the songwriting. While it isn’t the epic openness of Western Expansion please don’t fall into the trap of, “It ain’t no Western Expansion…” – because the whole of the new record is terrific.

“Young and Dumb”. Why? Because this song is what I believe we can come to expect from the next record from the guys. It starts off with a blast of organ, guitars, banjo and drums. Love it.

If you aren’t moved by Life We Chose, you need to check your pulse. It’s a sweeping ballad that speaks about the choices we all make and having to live with the consequences of that decision. It’s a perfect song that can either be about life, or in this case, life on the road – doing what you love and sacrificing the things you love.

Purchase Life We Chose on iTunes or check it out on Spotify.