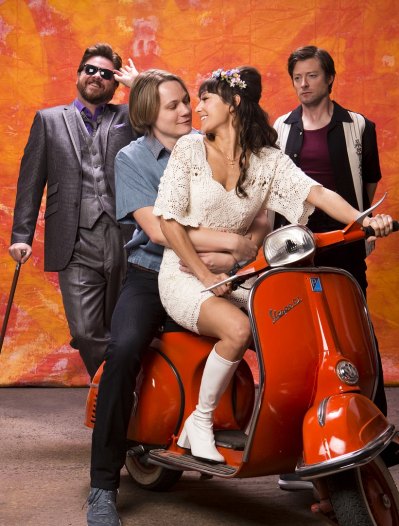 Arizona Theatre Company has been part of the Valley’s cultural scene for 48 years now and they’re nearing the completion of yet another season. Fear not, there are still a few chances to sneak in an offering or two from this season’s selections before you’re left waiting for the 2015-16 season to kick off in the autumn.

This week, you can catch the Arizona Theatre Company’s interpretation of Romeo and Juliet. Paul David Story and Chelsea Kurtz took the title roles in the production, but the show’s comedic element took centerstage. Leslie Law who provided the nurse and the prince and Richard Baird who served as Mercutio, Montague, and Friar Laurence stole the show. The Herberger Theater brimmed with laughter… not a common occurance when attending a Shakespearean tragedy.

The costumes and setting added some unexpected flair to the experience. Rather than returning to Verona as envisioned by the Bard of Avon, the artistic design team behind the play decided to head back to Italy during the swinging 60s, a time encapsulated in cinema of the era like Fellini’s La Dolce Vita.

The show runs through April 12th so get your tickets today. You can find out more about that event here.

After Romeo and Juliet closes, you’ll have just one more chance to experience what this professional company has to offer when A Weekend with Picasso opens on April 30th. The one man show starring (and written by) Herbert Siguenza, an actor and artist, delves into the private life and intimate thoughts of Picasso as revealed in the artist’s own journals. More information A Weekend with Picasso can be found here.