In the absence of Of the Painted Choir, I’m thrilled to see new tracks emerging from the mindspace of Fred Huang who is now performing under the moniker “Asian Fred”. This new track provides more of the idyllic dreampop I’ve been missing. “When I Speak” is perfect for the blossoming warmth of Spring days… right before the heat settles in to crush our spirits. Listen to “When I Speak” right here. You can join me in the wait for the first official Asian Fred album. I want it now. 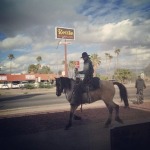 Ohioan describes their music as “Appalachian Desert” and we can’t get more on-point than that. Their latest single, “Pissing at Will”, has a dusty desert feel that we’ve come to know and love through Ohioan’s extensive recording efforts (which can be perused here). The band’s recent fundraising effort fell a bit short, but we’re hoping they keep pushing forward with the new album. After hearing “Pissing at Will”, I hope to hear the rest of the album sooner rather than later. Listen for yourself here. 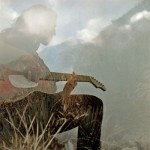 “Come See About Loving Me”

Seattle-born singersongwriter might currently reside in Los Angeles, but her music carries a desert air that I can really get behind. “Come See About Loving Me” minges earthy and sweet for a perfect blend of folk. A tempered spirit, one that is “sad but free”, sweeps through the track that is both striking and somber. You can listen to “Come See About Loving Me” right here. This is an artist we definitely want to hear more from. 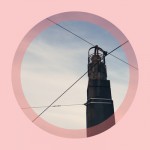 Phoenix indie-folk outfit Wren’s Ghost is new on the local scene, but the band is already starting to put out a few singles for their early listeners. “Black Georgia” is one such song. There are some decidedly classical influences on the music of Wren’s Ghost that can be heard in both the guitarwork and the vocals. Get on the Wren’s Ghost bandwagon early and check out “Black Georgia” here. Stick around to listen to “Lavendar Green”, another single recently released by the band. 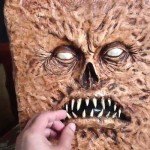 Drew Dunlap (of Northern Hustle noteriaty) has been working on a new musical undertaking known as The Lone Wolfs. The EP in the works from The Lone Wolfs is called Daddy Issues, but that might have something more to do with Dunlap’s fatherly role rather than any reflection on his own dear old dad. Oftentimes, when I listen to Dunlap’s music in its varied forms, I get the impression of someone trying very hard to hold to innocence in the face of the darkness in the world. “Scary Books” is a little more playful than that. Listen for yourself here.