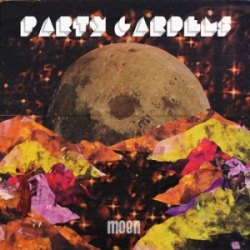 Synth-heavy indie rockers out of L.A. known as Party Gardens counts some Phoenix transplants amongst its ranks including members of Yellow Minute and What Laura Says. The group released Moon on March 27th. The six track album combines appropriately Cali-inspired surf and psychedelia with an effervescent indie pop that reminds me of other projects Party Gardens’ individual members has been connected to. The album opens with “The Ventriloquist” and some trippy sounds that will draw you into the upbeat musicality of Party Gardens. “Hollywood” asks the question, “Are we the party? Are we the punch bowl?” and the answer is: Yes, Party Gardens, you are, but in no way as disposable as the song goes on to suggest. Picking a favorite track is particularly difficult. I like the buoyancy of “What We’re Made Of” but I also like the dreamy, spoken-word sprinkled “Champagne Highs”. Listen to Moon from Party Gardens here. Rumor has it the band is hard at work on some new material in the coming months so we’ll be sure to stay on the lookout for that as well. 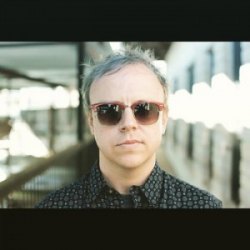 Some of you might remember River Jones from his musical endeavors here in the Phoenix area like River Jones Music, a label that boasted both Michelle Blades and Courtney Marie Andrews on its roster. Well, River moved to Austin and is now creating his own music under the moniker Alta Violet. I always noted Jones for his immaculate style sense when it came to music and Alta Violet is no different. Brooding rock sways in the gray divide between indie and alternative. The self-titled debut of Alta Violet opens with “Pass the Time”, a dark and feisty number that toys with dissonance. “Rock ‘n Roll” has a bit of a Britpop feel in the vocals which I enjoyed in juxtaposition to the garage musicality. “Black Pearls” invokes a touch of Sgt. Pepper’s-era Beatles for a psychedelic infusion. The gritty track “Lies” closes the EP. Alta Violet is available here for preview and purchase. Maybe, if we’re lucky, we can get Alta Violet back on our home turf for a show soon. 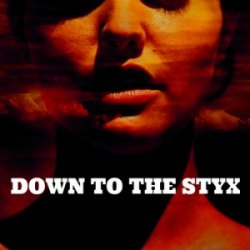 Down To The Styx

As soon as the first track from Down to the Styx begins to creep out, I’m immediately drawn in. Subtle, murky, and oh-so-hip, Crook & the Bluff out of Salt Lake City offers fans of alt-country just the right amount of Western swagger with your dark and mellow blend of music. The album title refers to the river dividing the underword from the living world (or, at least, we assume the title refers to that and not the band who grew to fame in the 1970s) and the music contained therein has a touch of the Cimmerian. No suprise. There is also a very palatable sense of constraint on Down to the Styx. Just when you think, Crook & the Bluff is going to really lay it all out on the line in some epic jam-out, they reel it back in, never losing control. It as a layer of subtley and something ultimately “cool” to the album. That’s not to say, Crook & the Bluff are in any way tepid. Songs like “Devilish Deeds” prove you can be fiery and maintain control of those energy channels for the sake of the song (bands, take note). Listen to Down to the Styx here. You won’t be sorry.