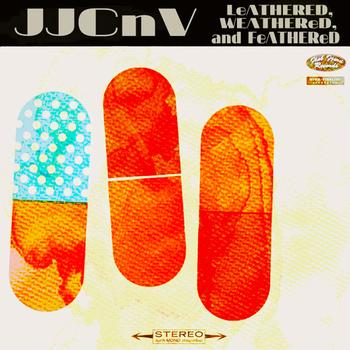 The best part of having a new JJCnV release on the list for coverage is that every time someone at HQ suggests switching to a new album I get to yell, “Hey, I’m working!” After weeks of endless listening, I’m not quite ready to give up this privilege, but we have a schedule to keep. JJCnV is known for combining wry observational humor with a feisty fusion of punk and rock. The band’s latest release lives up to their reputation for fun, fresh music on every single album. That’s really saying something considering Leathered, Weathered, and Feathered marks the band’s sixth official release. The new album is sooo good it quickly usurped all the others I’ve heard this year for the top spot as my personal favorite. Choosing a favorite track, however, is a totally different beast. I love the almost-epileptic opening, “Real Boy Appeal”, but I swore up and down two weeks ago that “The Prude Vs. the Buzz” (the second track) was my favorite. “Tickle Bait” is just one shining example of the band’s lyrical prowress. “Crack Baby” might not be a band favorite, but it’s definitely a fan favorite. Much of the allure of JJCnV stems not only from the stellar musicality of this power trio, but also from the divided vocal duties. Dana can deliver a righteous riot grrrl growl that invokes in me a long-suppressed urge to smash shit up while Pete embodies a charmingly aggressive position against Weltschmerz on every song. And then there’s Jeff. You can’t miss Jeff on his drum throne because he always dresses for the occasion. He exudes a relaxed air, both onstage and in his drumming, that serves to remind you that nothing about JJCnV needs to be taken too seriously, except their music. This is a band you’ll want to see live, but spend some time with Leathered, Weathered, and Feathered so you can sing along. Listen/purchase here. As an added bonus, the band included their 2014 release, Big Success Journey, on the current release so you get two awesome albums for the price of one! 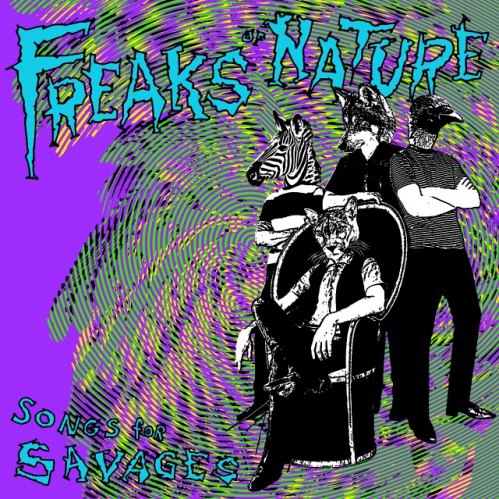 Freaks of Nature are set to release their new album Songs for Savages this coming May, but we were lucky enough to score an early listen to what’s in store. Recorded at Waterworks in Tucson by Jim Waters, Songs for Savages has all the retro-revived punk style and unmatched energy that fans have come to expect from the band’s live performances. The album kicks off with “Wonder Why” – a vintage rock number that will have you bouncing around your listening space, so plan ahead: clear the area of all delicate valuables. The energy level will not diminish throughout the remaining eleven tracks. The Freaks consist of Steve (lead guitar), James (bass), David (drums), and Daniel (vocals, guitar, harmonica). These are some truly stellar players who deliver with furious execution every time even when, according to Jeff Moses, they’re performing with 1.5 drumsticks. “Sick and Tired” is a personal favorite while “Paula”, a tribute to Paula Pierce of The Pandoras, really brings out those punkrock roots in Freaks of Nature fashion. Daniel Shircliff throws down some fiercely growling vocals to close out the album on “Don’t Tease Me”. Throughout the record, the Freaks deliver modern take on 60s punk. That’s something we can get behind. Head out to the release show on May 16th at Thirdspace to secure your own copy of Songs for Savages. You can preview several of the tracks from the new album here before it is available in its entirety. 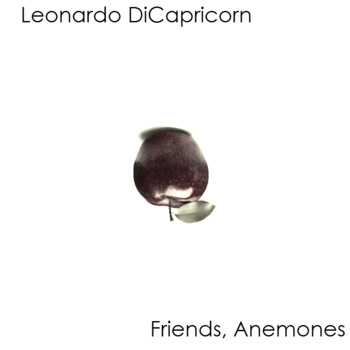 It is with great sorrow that I write this review. By the time this article publishes, Leonardo DiCapricorn will be no more. To be honest, I feel partly responsible. Leonardo DiCapricorn won our award for “Best New Band”, an award formerly known as the “kiss of death” amongst staffers until we had two precious, break-up free years. Obviously, that’s all over now. Before their culmination, the band did leave us with a parting gift: Friends, Anemones. Recorded by Jalipaz over at Audioconfusion, Friends, Anemones is a hard-rocking, six-track release. Leonardo DiCapricorn embodies a kind of frantic energy that is captivating and contagious. This same energy can be found in abundance on the new release.  Friends, Anemones opens with “B-Day Song”. Fans of the band, like myself, may note some changes since the days of Vice-Versace which was released just last year. As you listen, you might detect influences drawn from classic rock or metal more than the weird punk that’s been coming out of Phoenix. Although “NUNU” might stand in opposition to that previous statement. Favorite tracks include the all-out rock out, “Dangerous Man” and “M.I.A.” which is a love song to pizza. Yes, pizza. If you haven’t seen this band live, you missed out big time, but you can still enjoy Friends, Anemones here. Word has it, you can expect new musical projects from some of the members this summer. We’ll be on the watch for that and keep you apprised.

*A member of the editorial staff appears on the first track of the new JJCnV album. Not the editor who wrote this piece, but, you know, that other one. No big deal, but we need to call these things out.