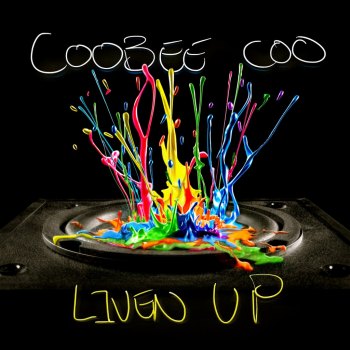 I received this album on an overcast morning and from the very first track, it set the tone for the day and ironically brightened my world.

The production on this record is stellar. I mean, crisp, clear and bright. This is the fourth studio album from these cats and it’s pretty doggone great. I had heard their past efforts and liked those discs very much as well. In fact, it’s one thing to equal or better past efforts, but IMO [eds. note: “in my opinion”] this record surpasses those. No offense.

Everything that The Black Keys used to be and better.

They bring the Funk. CooBee Coo, aka KC Barras and Jesse Morrison, is/are more funk than alternative/indie and that’s a real good thing. A very good thing. “Liven up”, the title track is all you need to know about these cats. It’s straight-up funk. I mean, Motown Funk. The guitars crackle, the drums bang, and the vocals, wail. SCORE.

The musicianship throughout the disc is, again, straight from the streets of Detroit, and it’s something one doesn’t hear on records these days. The guitars, the bass, the keys, and those glorious horns are incredibly tight and it’s nearly impossible not to get sucked in to each and every track.

The vocals. They kick ass.

Favorite track that doesn’t sound like anything else on the record:

“Grin On My Face”. If there is a single out there in the world right now that deserves to be on a soundtrack for an animated feature, “Grin On My Face” is it. Seriously, while it sounds completely out of place on this disc, it’s downright catchy – evoking the very best of what Randy Newman used to be. Dear CooBee Coo, get thy song to Pixar immediately.

When you need a little extra motivation during a workout – weight room or bedroom.

You know, every band/artist draws inspiration from somewhere, some more than others (I’m looking at you Robin Thicke). The trick is – and what CooBee Coo brilliantly pulls off – although you can hear their influences, they take that spark and turn it into their own sound and that’s what I admire most about these guys. That’s why this record works so so well.

And a standing “O” has to go directly to the talented folks at Studio at the Farm. Probably some of the best recording and engineering I’ve heard in the recent past. Dear bands, look them up for your next project.

Listen to Liven Up by CooBee Coo here.